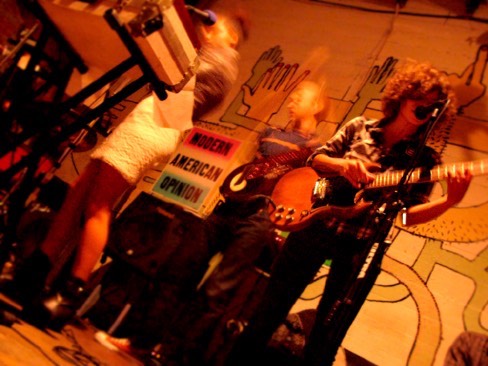 QUeUe (All photos by Chihiro Higaki) Sigh’s Smell of Farewell, the Cocteau Twins tribute night at the Smell, was also a night of interesting musical collaborations, as every single performance was an amalgamation of musicians. First up was Life Group, a project featuring co-organizer Scott… ►

The masked dual vocal moans and chants and the furious beats and distortions add up to an aggressively beautiful sound that’s both calming and exciting at the same time. The new EP builds spectacularly from the blueprint of the first, with the addition of Prefuse 73's production, a year of growing confidence and a bunch of new toys. ►

I wore out their debut EP months ago, and these songs were good enough for me to play double-time until their Manimal EP released. This duo clearly has not even come close to hitting the wall artistically. ►