SEXTILE: CHOOSE WHAT YOU WANT

L.A.’s Sextile hammer out relentless and uncompromising post-punk with a gothic command of negative space and vintage synthesizers sparking lightning at the edges. They speak here about making it work no matter what. Their record release show for their new Albeit Living is Thurs., July 13, at Zebulon. This interview by Vanessa Gonzalez. ► 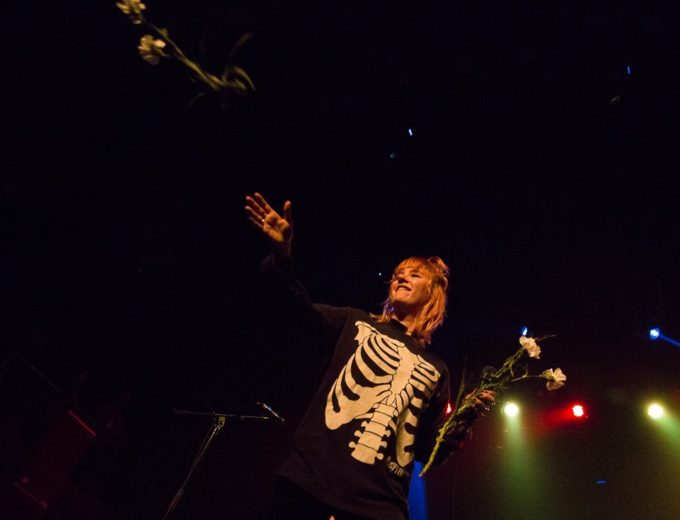 And that IS what The Smell is about...and that is what it will continue to be wherever The Smell ends up, so long as all the beautiful weirdos and misfits ban together and “keep on keeping on.” Now more than ever, it’s imperative a space for free expression and creative resistance exists, and that is why we must and will SAVE! THE! SMELL! ►

Eric Andre is a comic, actor, prankster and (currently dormant) musician. Right now, he portrays an inept talk show host on Adult Swim’s The Eric Andre Show, where he regularly ends up smashing his desk, exposing his junk and sharing his bodily functions with his guests. The experience is closer to a GG Allin show than Late Night with Letterman. He was driving around Florida for a standup tour when we spoke over the phone about his upcoming season, wreaking havoc at the RNC, and the multiple levels of angst that came from growing up in Boca Raton, Florida. You can see his Eric Andre Live! at Festival Supreme this Saturday, Oct. 29, at the Shrine. This interview by Vanessa Gonzalez. ► 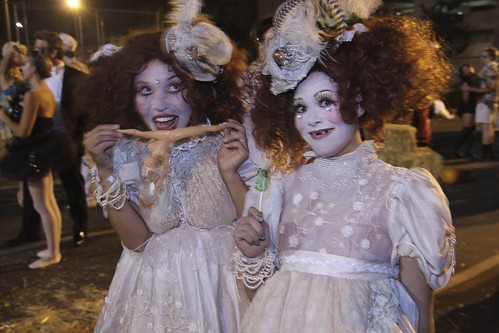 photos by lauren everett This year’s KCRW Ball may have come the closest one can get to the experience of William Randolf’s famed costume parties at the Hearst Castle during the decadent 1920’s. No matter which way you looked, there was no shortage of jaw… ►

Fullerton may have fallen off the map since those glory days, but it seems to be experiencing a full scale renaissance as of late, what with the opening of Burger Records and the trifecta of bands generating much hype: Audacity, Dirt Dress and the Cosmonauts. All these bands make lo-fi stoner garage punk of the highest caliber, overtly borrowing from others while still being undeniably unique (same could be said for Burger’s aesthetics). If Picasso’s quote, “good artists borrow, great artists steal,” is true, then the Fullerton scene is a gang of kleptomaniacal octopi. ►