If you're looking for a place to go on a Tuesday night in Los Angeles, a great spot right now is La Brie's for a weekly event local music blog Radio Free Silverlake puts together. Each month a different band on RFSL's radar headline and local band friends support the bills. It was the end of Marvelous Toy's December residency and joining them were College Kids and Manhattan Murder Mystery. ► 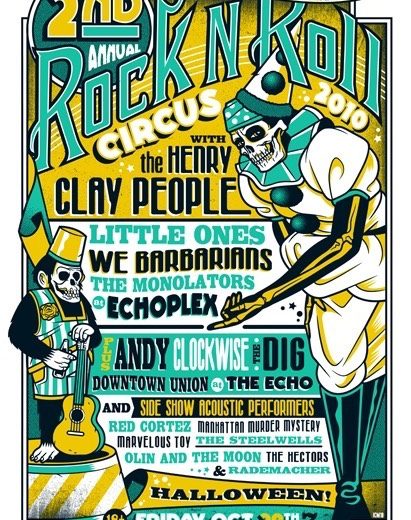 One of the best parts of the Circus was the success of the side stages, with some of Henry Clay People's favorite bands playing stripped down acoustic sets between main stage acts. By the end of the night, side stages were appearing out of thin air. I think I saw Eli Monolator (the night's emcee) start playing songs on a bench in the smoker’s patio, but I was sharing a joint with a blogger and a singer from one of my fave local bands, and blogger weed is a lot stronger than mine, so I may have imagined that. ►