OFFENDING THE AUDIENCE @ THE VELASLAVASAY PANORAMA 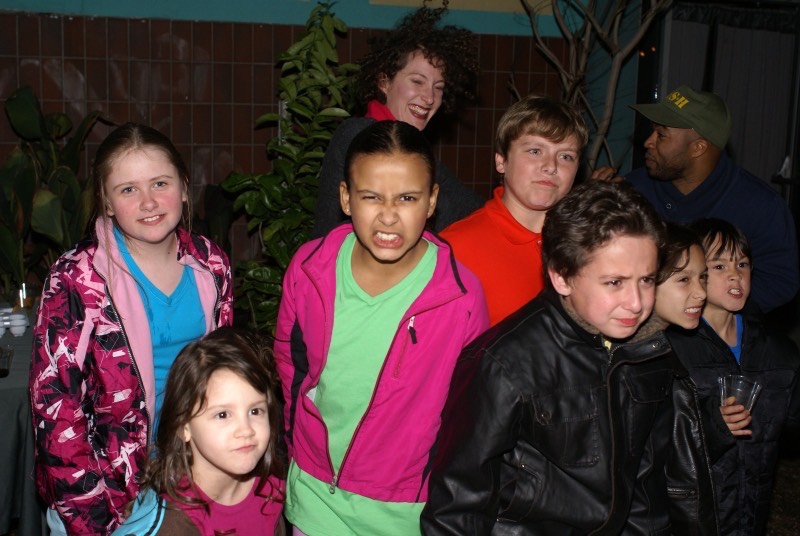 Peter Handke’s 1966 play/anti-play Offending the Audience is a dreadfully cerebral work, a 45-minute lecture with no plot, no characters and no lighting cues, equipped with a self-deconstruct mechanism that disassembles itself into a neat little pile of postmodern bromides directed towards the audience (“This is not a play”; “You are the subject matter”). On the page this probably looks of little interest to you unless if you’re a masochist with an advanced degree, or if you fell asleep during the Warhol era and just woke up.

Thankfully, director Emily Mast takes all of this into account for this new production, gleefully subverting the play’s self-seriousness and sense of certainty by casting the speaking parts with a cohort of young actors aged between six and twelve years old. This approach renders the unadorned play into an adorable spectacle, playful where the original is pretentious, tantalizing with subtext where the former is merely pleased with its own paradox. The actors speak with individuality and precociousness, mill around nervously when they aren’t speaking, bump into each other as they hit their marks, pause awkwardly when they lose their place in the text or flub a line, and place odd emphases on unfamiliar words (“ambiguity” turns into “amBIGuity”, much to the shared delight of the parents in the audience).

The cumulative effect of the performance beckons more open-ended questions than the author probably ever intended: is this a critique of structuralism? Is it a prank? Isn’t the idea of an anti-theatrical play silly to begin with? Does a conceptual reading of this play amount to a postmodern critique of postmodernity? Do two acts of anti-theater make theater?

More importantly, the performance asks, what is the status of children in our society? The young cast recites postmodern theories and ideas in a vocabulary that don’t totally understand, but don’t adults compel children to say and do things beyond understanding all the time? Lately, childhood seems to have transformed from an age of innocence into a post-ironic trope. Children can become Internet memes before they are fully socially developed; the seemingly democratic and benevolent dispositions of modern technology have rendered childhood into an object equally worthy of inciting envy, adoration, hatred, and ridicule as anything else displayed on a computer screen. Is this the message that we want to send to our children?