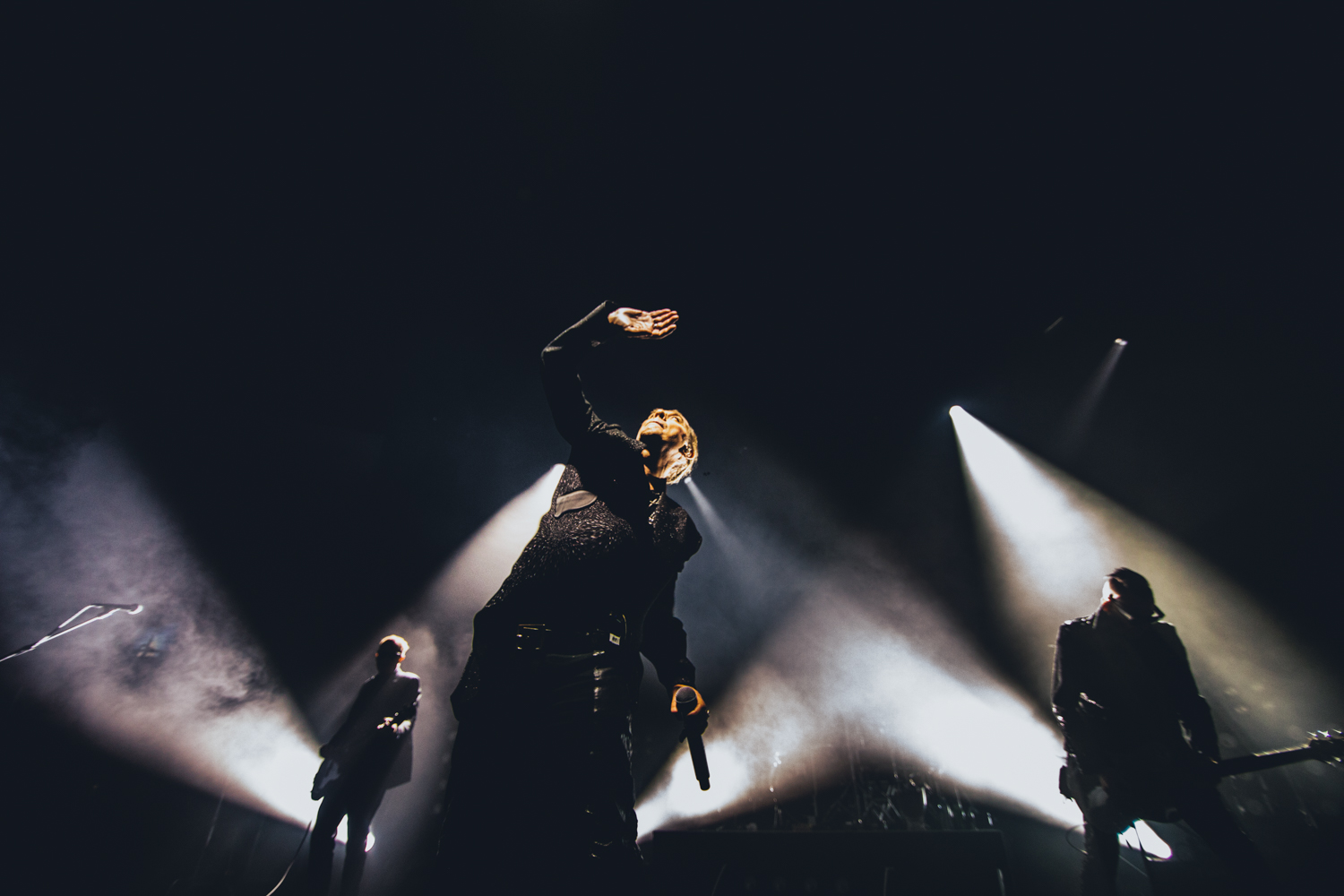 When asked what band you would like to see reunite, did you ever think of Bauhaus? Was it even a possibility in your mind? Most of us have never seen Bauhaus live. Peter Murphy–thankfully and definitely, yes. Love and Rockets with guitarist/vocalist David Ash, bassist David J and drummer Kevin Haskins–maybe (if you were lucky). But to see, hear and feel all four of these powerhouse musicians on one stage as Bauhaus–pinch me.

Our dark dreams were finally answered on Sunday and Monday evenings after 13 long years as all original members of Bauhaus took the Palladium stage to a packed room full of excited fans to hear classics like “Bela Lugosi’s Dead.” There is nothing like being in the middle of the pit, smashed in with everyone singing “Belaaaaaaaaa.” Or, swaying to “She’s in Parties” and “Dark Entries.” There were a few rare ones like “The Man With the X-Ray Eyes.” Murphy appeared to have a bit more fun on Tuesday and was clearly in his element. Heart attack? pfft. This is a bat with nine lives. The four together again was pure magic. If you don’t have tickets to the December 1st show, get them now.

Keeping it in the family, Automatic–Izzy Glaudini (synths/vocals), Lola Dompé (drums/vocals/Kevin Haskins’ daughter) and Halle Saxon (bass/vocals)–were a fitting start to what was to come.

Setlist (both nights):
Rosegarden Funeral of Sores (John Cale cover)
Double Dare
In the Flat Field
A God in an Alcove
In Fear of Fear
Spy in the Cab
Terror Couple Kill Colonel
Swing the Heartache
She’s in Parties
Bela Lugosi’s Dead
The Man With the X-Ray Eyes
Kick in the Eye
Stigmata Martyr
Silent Hedges
The Passion of Lovers
Dark Entries