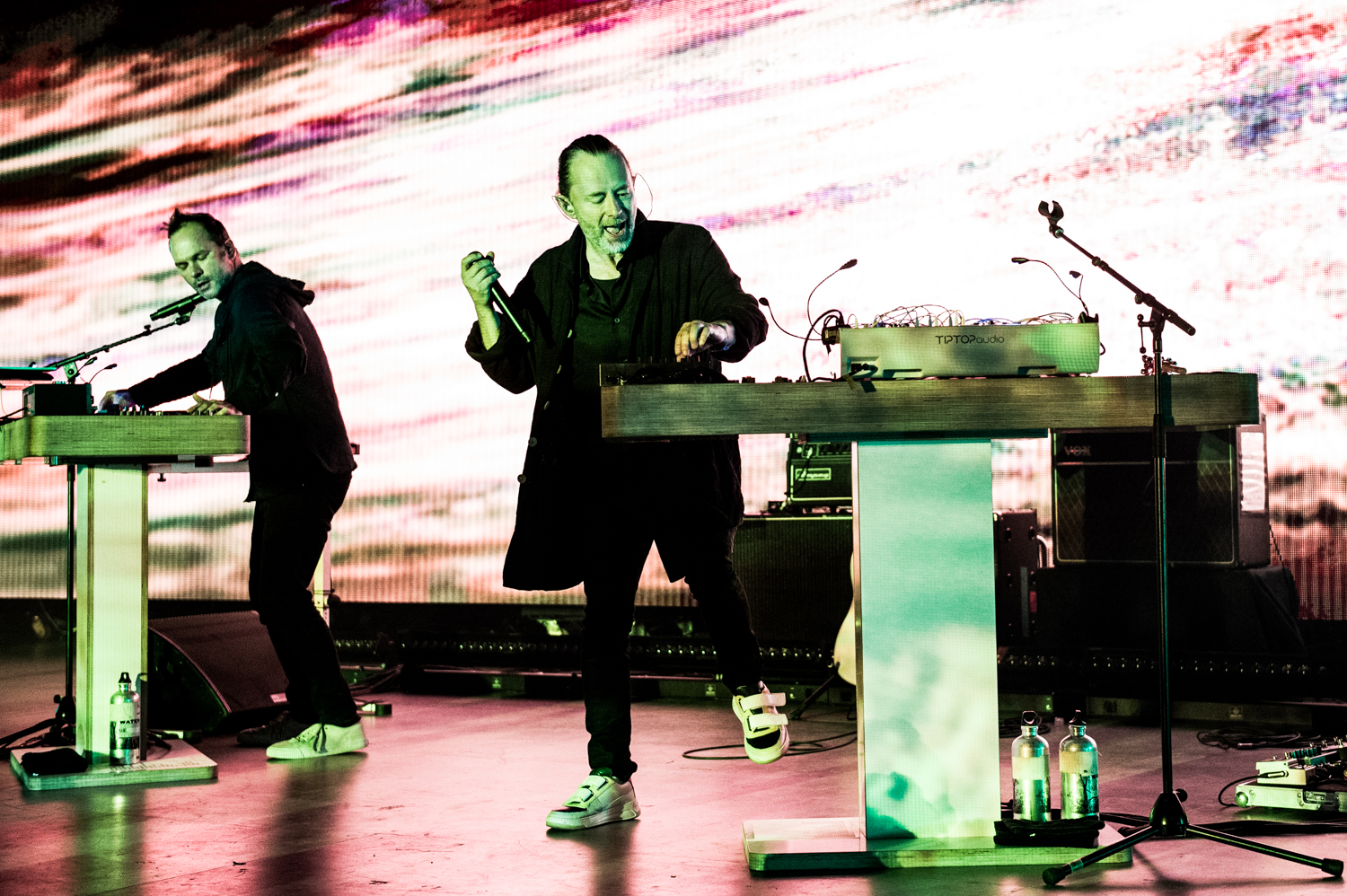 On a chilly evening, amid the tall dark looming trees, Radiohead frontman Thom Yorke brought his Tomorrow’s Modern Boxes tour on the first of a two-night sold out performance to close out the Greek Theatre’s 2019 season.

Featuring the trio of Yorke, Nigel Godrich, and visual artist Tarik Barri, we were treated to songs spanning Yorke’s solo works, including The Eraser, Tomorrow’s Modern Boxes, Atoms For Peace’s Amok and of course his recently released ANIMA.

If you caught the film ANIMA on Netflix, you knew you were probably in for a unique dance experience. Right from the beginning of the high energy set, Yorke seemed loose, relaxed and comfortable in his own skin, dancing along to the live electronics helmed by Godrich and Barri. Interacting with fans and turning the stage into his own dance party, we tried to match Yorke’s energy as much as possible.

Barri’s visuals and the electronic beat-driven set kept everyone on their feet as Yorke closed the evening performing “Daily Battles” from the Motherless Brooklyn soundtrack for the first time live.

Opening the set was Andrea Belfi.