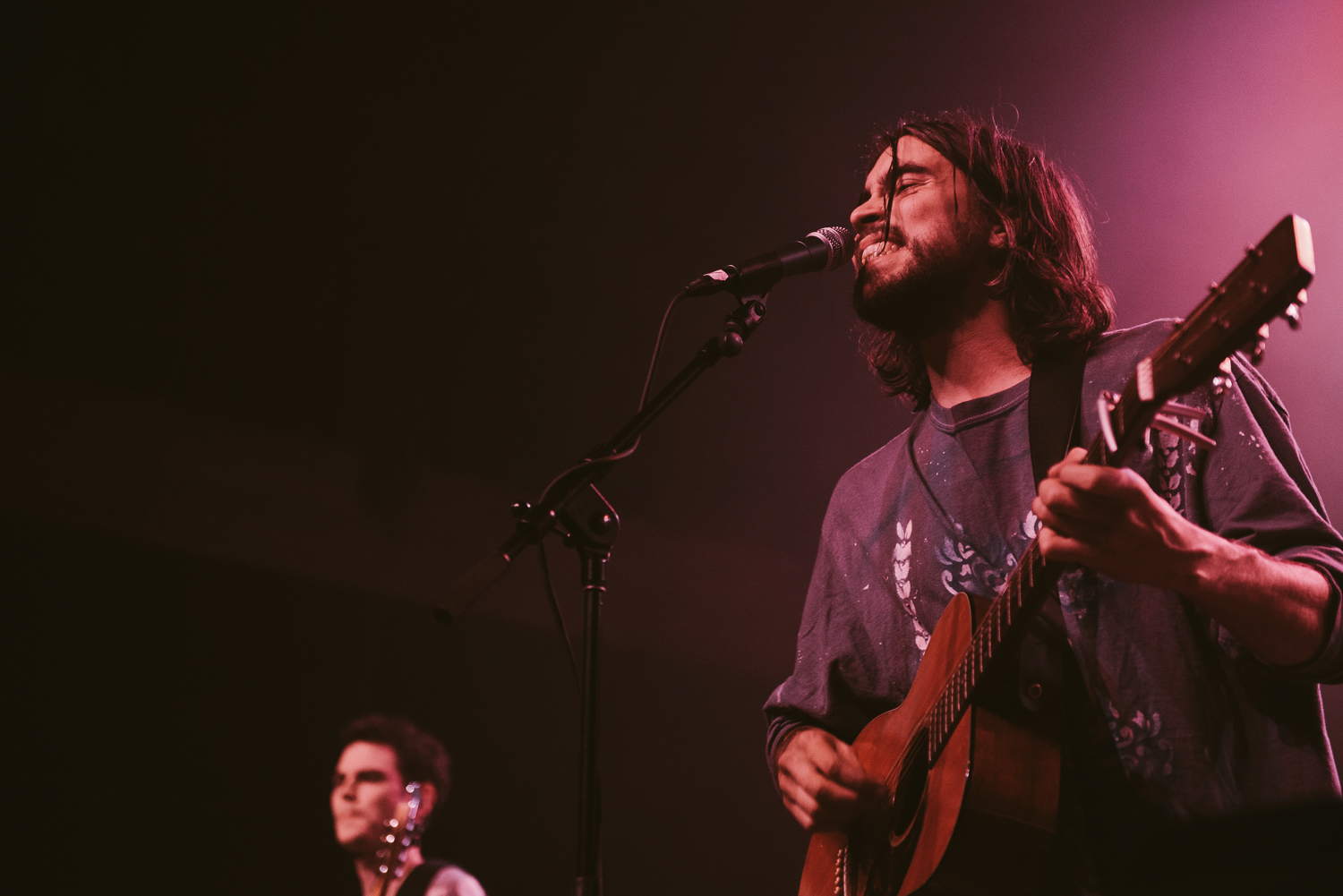 Philly-based indie rocker (Sandy) Alex G brought his brand of homemade, lo-fi fuzz to some happy fans. He’s currently smack in the middle of a month and half-long North American tour in support of his latest release House of Sugar. We were treated to new songs like “Hope,” “Southern Sky,” “Gretel” and “Near.” The tour continues up to the Bay with two nights in San Francisco and Oakland starting on Tuesday.