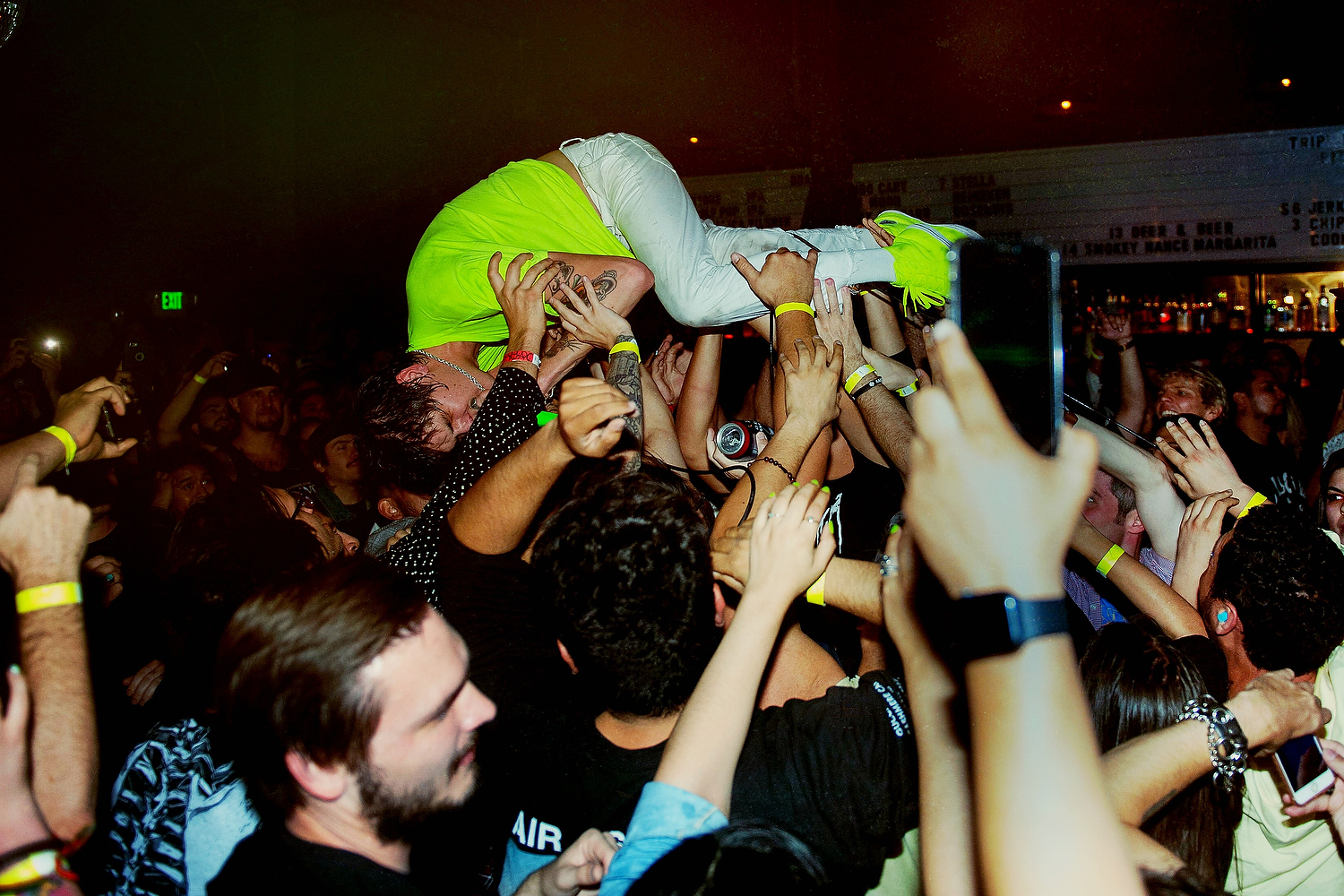 Those wanting to let loose last night hit the Echo as those Whittier boys-to-men Plague Vendor made a point of letting us know how special it was going to be. “We’ve been waiting to play here since the start of the tour,” frontman Brandon Blaine told the crowd.

PV has been away on tour in support of By Night and we were glad to have them back, including a fan from Phoenix who had just seen them in Tucson. Bathed in only black light, the group at times looked like invisible men, their clothes floating by themselves and delivering what we all were there for–a hard and fast great time. Catch Plague Vendor in the daylight at 2:40 tomorrow for Social Distortion’s 40th Anniversary soiree at Irvine’s Five Point Amphitheatre.

The temperature wouldn’t have been as high as it was when PV went on if not for No Parents and Spirit Mother.