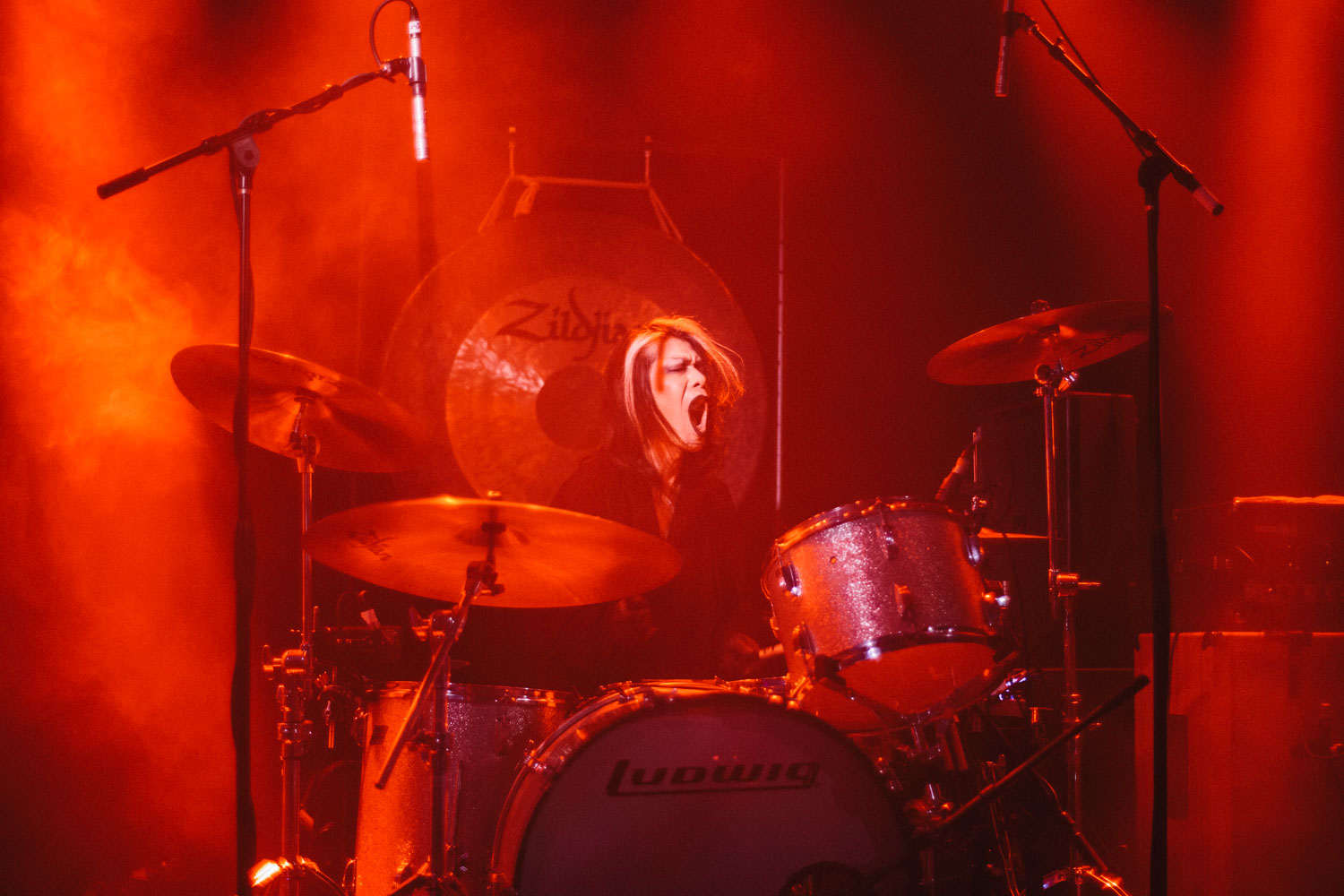 Dense fog enveloped the dark stage as Japanese metal band Boris wrapped up the leg of their North American tour at the Echoplex in front of excited fans. In August, the trio comprised of Takeshi, Wata, and Atsuo, released their double LP entitled LφVE & EVφL on Jack White’s Third Man Records. We heard songs including the warm droning “Love,” the melancholically sluggish “Shadow of Skull” and the frenetically thrashy “Pink.” During the encore, drummer Atsuo invited the guys from NYC-based Uniform on two songs as the crowd raised their horns in the air. They sent us home with the rocking tune “Statement.”

Uniform lit up the crowd with their opening set.