THE REGRETTES @ THE FONDA THEATRE 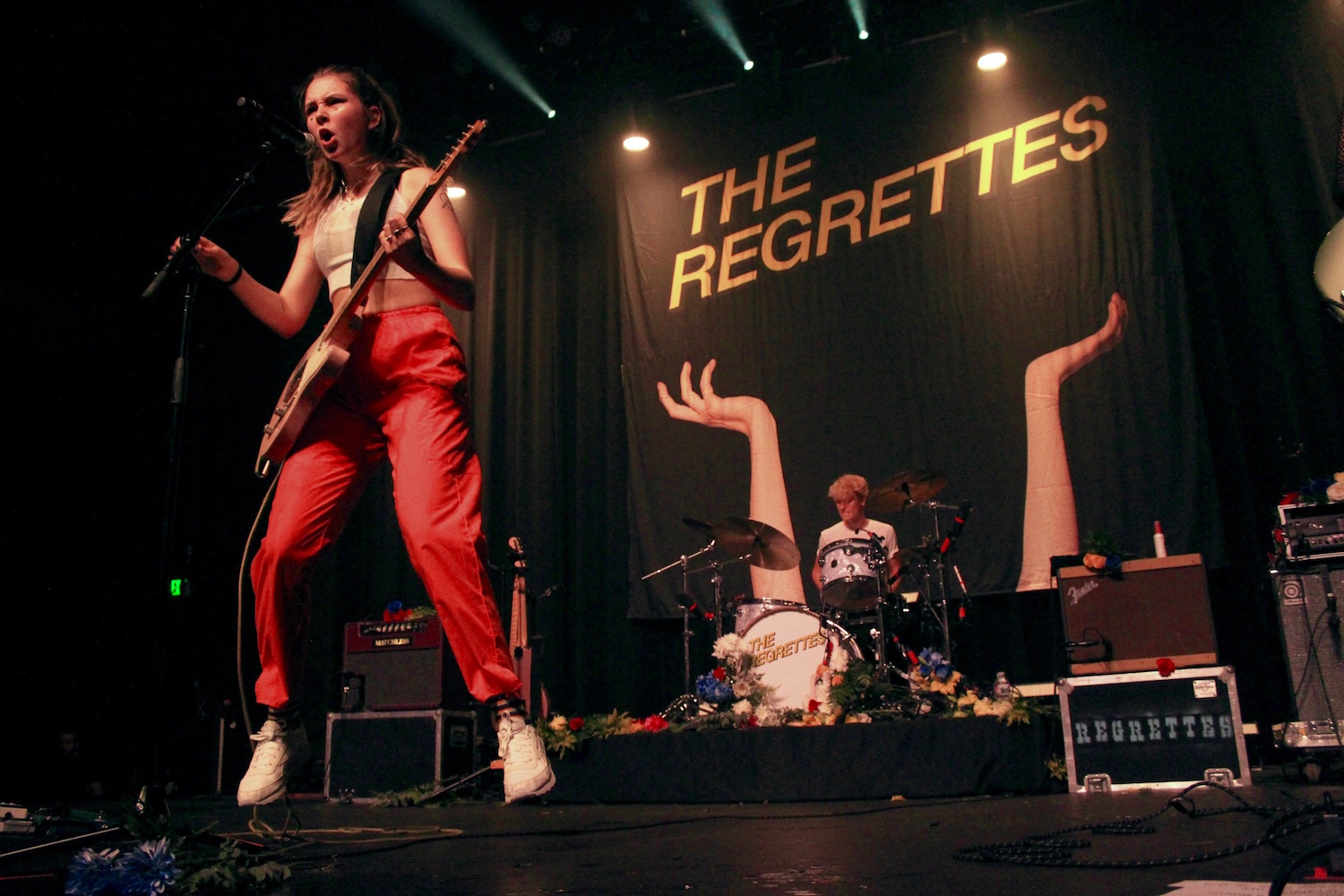 Don’t let their name fool you. The Regrettes are an unapologetic four-piece, power-pop outfit with absolutely no regrets about their enthusiastic live performance and the message in their music. The young members of the Regrettes have come a long way from playing smaller gigs to those of a larger capacity, which now includes the Fonda.

Before heading to Life is Beautiful Festival in Las Vegas, The Regrettes received a lot of love from their hometown fans as they played new songs from sophomore album How Do You Love?. Frontwoman Lydia Night choked on her words in an attempt at holding back tears during a dedication to a dear friend of hers, whom she thanked for being such a strong feminine presence and influence in her life. As a precursor to their song “Poor Boy,” Night invited all humans who identify as female to come forward to the stage while the boys remained in the back. Night, an avid proponent of human rights and gender equality, used her power to create a safe space for the women amongst us, insisting we form an all-female moshpit.

Fear not–if you missed The Regrettes at the Fonda, they are playing The Glass House on October 19th.

California Friends
Dress Up
Come Through
Go Love You
Picture Perfect
WHATTA BITCH
Hey Now
Lacy Loo
Pumpkin
The Game
I Dare You
More Than a Month
Fog
Seashore
Stop and Go
How Do You Love?