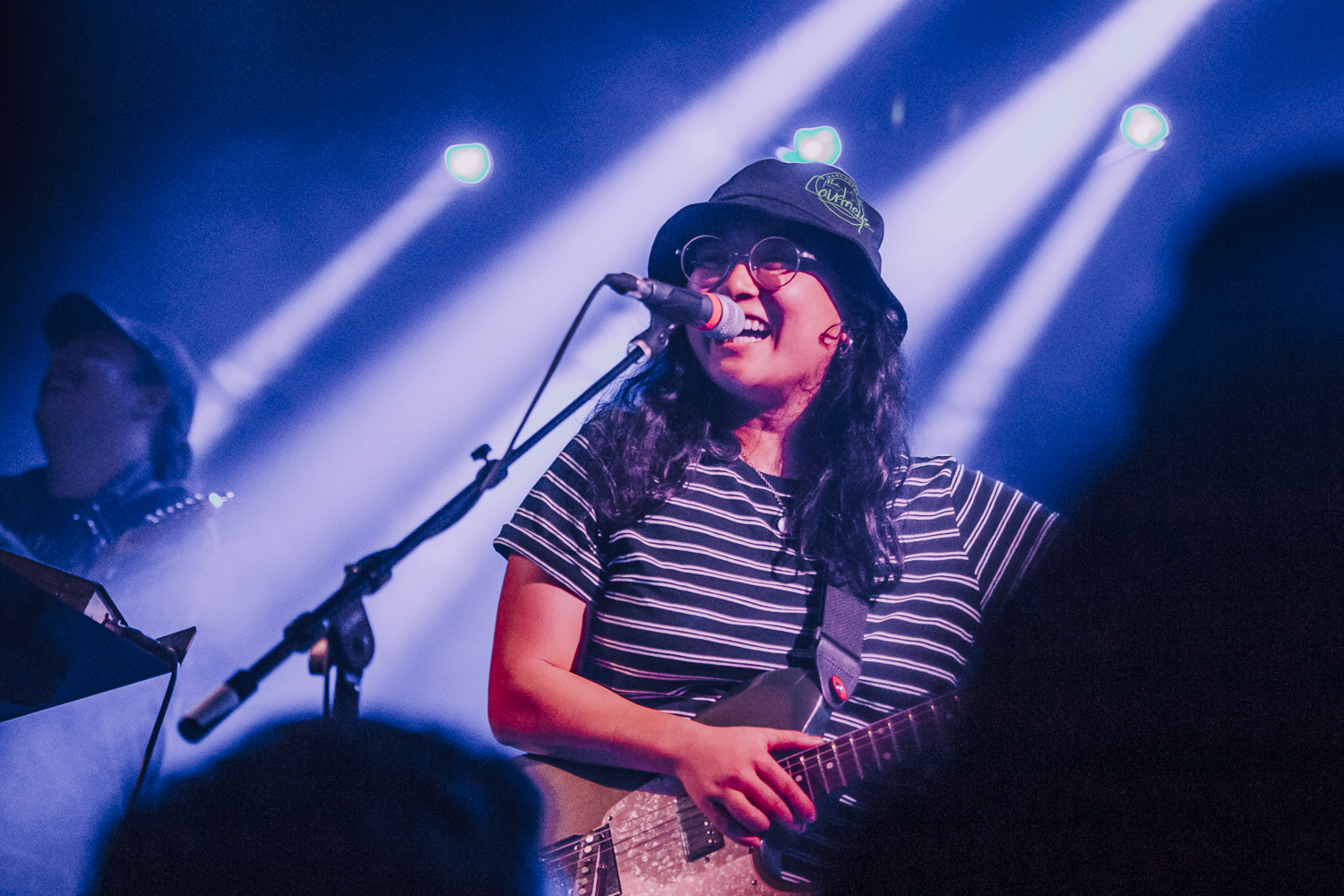 Melina Mae Duterte didn’t have to drive very far from her Highland Park home to play the very sold out show at the Echoplex where she’s known musically as Jay Som. Celebrating her third album, Anak Ko, she was surrounded by very supportive musicians and friends who intertwined with one another throughout the evening.

Hailing from Oakland, Boy Scouts’ Taylor Vick showcased songs from her recently-released album, Free Company. If you’ve ever had your heart broken, you can relate.

When not spending time in his room or drumming for Jay Som, Zachary Elasser also likes to support his friend by opening and heading on tour as Affectionately .

Fime warmed up the early crowd with Maxine Garcia playing later on keys with Jay Som.