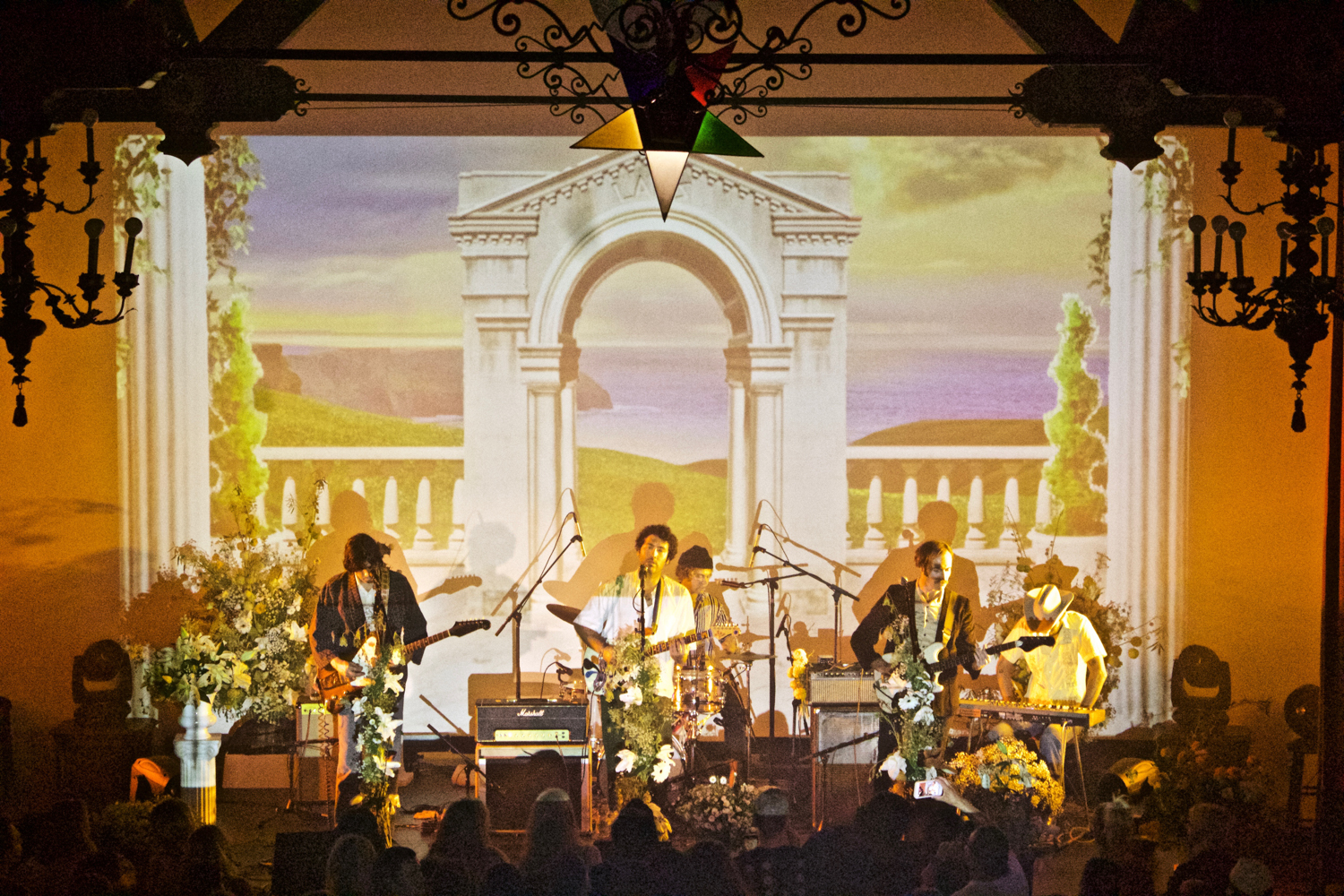 Photos and recap by Bailey McDaniel

The Allah-Las’ sound at the Hollywoood Forever was just as their name implies: “Ah, La, La.” The band crooned us with surf rock anthems such as “Raspberry Jam” and “Catamaran.” Many of their songs featured melodic vocals, with abundant “oohs” and “aahs” layered atop relaxed, traditionally West Coast instrumentals. The band has often been describd as surf rock and indie chill, with shimmering riffs and mellow tempos.

Obviously, the local band was no stranger to those in attendance. All were relaxed as the band itself, melodically swaying and singing along to the rhythms blasting through the Masonic Lodge. As always, the band showered us with warm guitar riffs, in accordance with the summer heat Los Angeles has been experiencing as of late.

Visuals sprawled across the backdrop, displaying a mausoleum amongst purple and blue hues. Couples embraced, as friends danced with one another.

The Allah-Las’ new album, LAHS, drops October 11th via Mexican Summer, accompanied by a music video for their new single, “In the Air.” The band will be back in town December 12th at the Mayan, but also will be worth the drive to Pioneertown on December 14th.