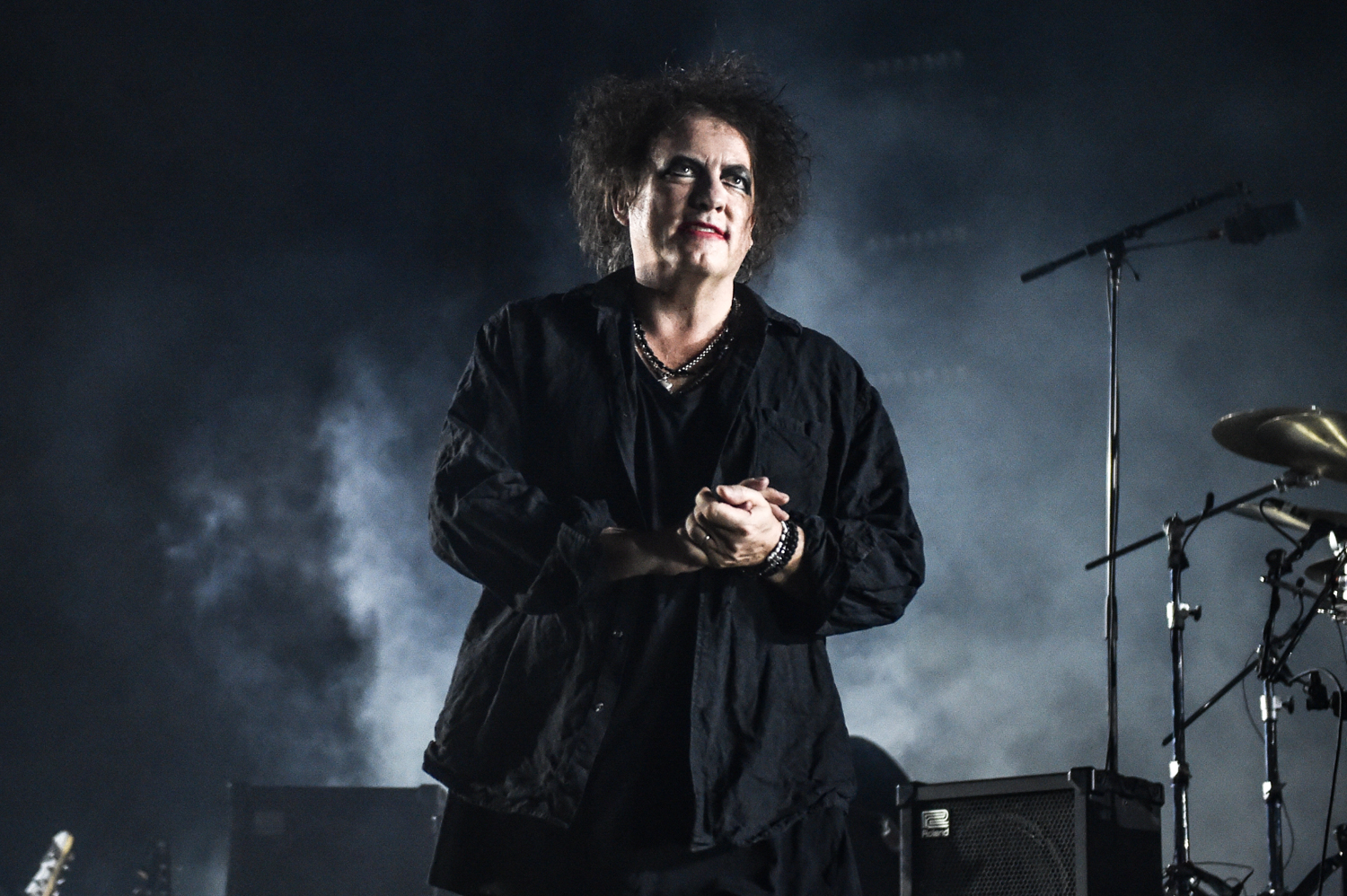 When Robert Smith of The Cure decides to curate a festival, it shows just how good his taste is in music. Gathering talented bands for one day is no easy feat, but when you are Robert Smith, fellow musicians don’t hesitate to answer the call.

Held outside the Rose Bowl, the sweltering heat kept most everyone who dared to wear black (which was at least half the crowd) under the trees for shade. The brave ones smashed against the rails at the Oaks Stage where The Cure would perform later in the evening. This is par for the course at a Cure show.

The first of five female-fronted bands to play on the Willows Stage came all the way from Iceland. The trio of Kaelan Mikla were a perfect start to the festival. Their dark wave sensibilities were soothing under the tent. A set too short, but hopefully they will be back. Or we could travel to Iceland as it is incredibly beautiful.

Having toured with The Cure on several dates and including this summer at a few festivals, Glasgow’s The Twilight Sad started things off at the larger Willow Stage. Singer James Graham’s mic had some technical issues, but was remedied after a bit. Another set too short, but enough to gather even more fans.

A few bands were from right here in LA. Emma Ruth Rundle and Chelsea Wolfe packed the Willow tent with their angelic voices.

Curiosa alumni Mogwai, a fellow Glasgow band and labelmate of The Twilight Sad, ripped their way through the scorching sun. 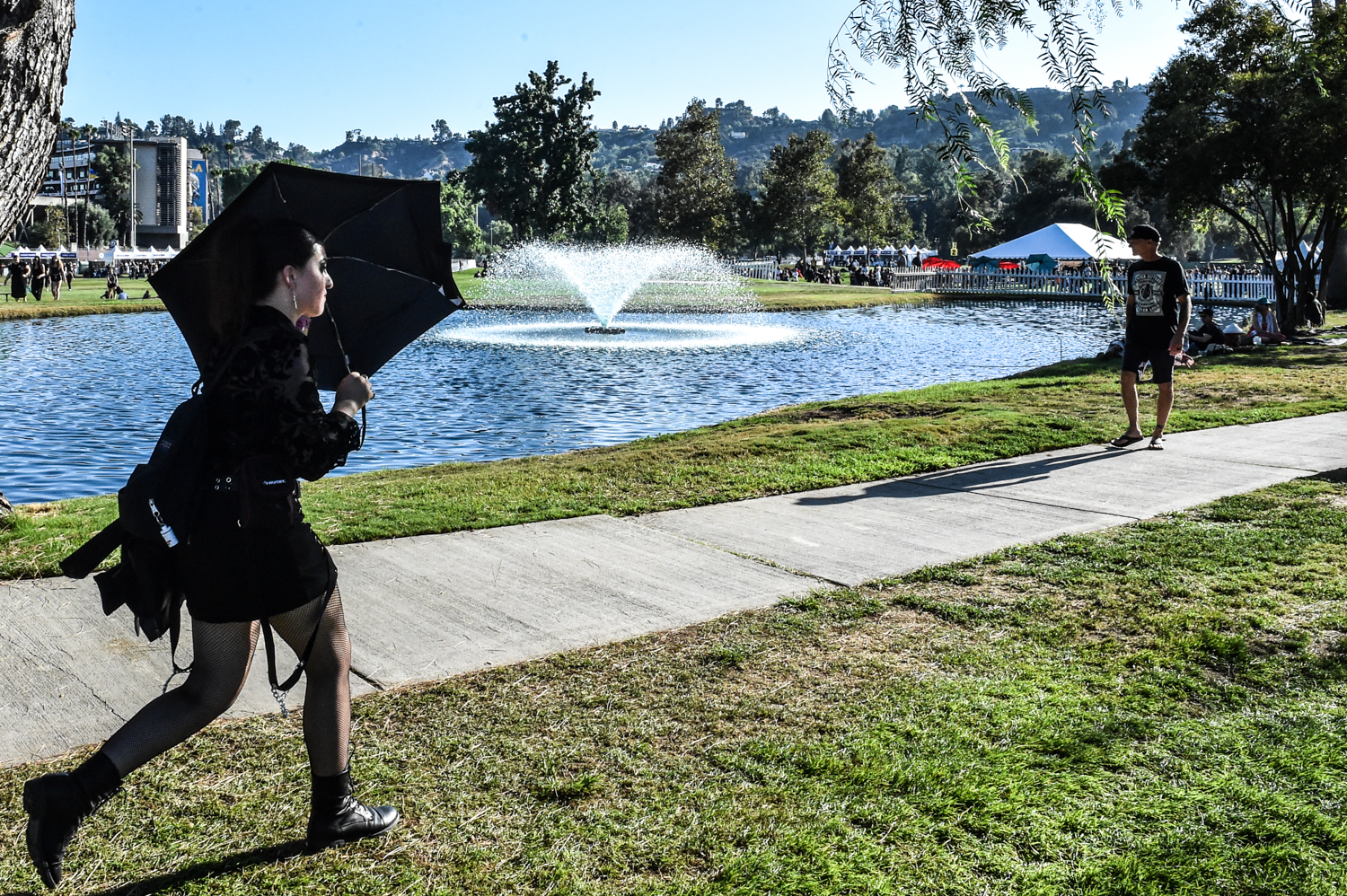 The masses had started to come to the Oaks stage as the Deftones inspired a little moshing and rocked the suburban area. Everyone back on their chairs and blankets instantly felt safe being where they were.

The Joy Formidable brought some much needed energy as people were melting and fading.

“Where is my Mind?” seemed to be the theme of the festival. The Pixies have a long history with The Cure and it was no surprise Smith said those words later in the set. All hits were played as well as The Jesus and Mary Chain cover “Head On.” The Pixies’ seventh studio album, Beneath the Eyrie, drops September 13th.

One of the more anticipated bands was Throwing Muses. Although it would have been great to see and hear Tanya Donelly with the band, singer/guitarist Kristin Hersh, drummer David Narcizo and bassist Bernard Georges were truly captivating.

The time had come for a band that stands the test of time. Like fine wine, The Cure gets better with age. Robert Smith had greeted every artist after their set and now it was time for his own. As soon as The Cure walked on stage, the crowd erupted into a frenzy. With most festivals, The Cure play their more well known songs like “Pictures of You,” “Just Like Heaven” and “Boys Don’t Cry.” But we did hear Mixed Up‘s “Just One Kiss” for the first ever in the U.S. so there was something for diehards to be giddy about as we wait for that new album. Smith’s voice was flawless. Complete silence was had when Simon Gallup emerged in bass on “A Forest”–one of the few moments he stopped moving. After losing his drum tech Ricky just a week beforehand, Jason Cooper sat high on stage and immersed himself in “Shake Dog Shake” and “Burn.” The master on keys, Roger O’Donnell stood out on “Caterpillar” and “Just Like Heaven.” Guitarist extraordinaire Reeves Gabrels who makes it look so easy, owned “From the Edge of the Deep Green Sea.”

There isn’t a band like The Cure nor will there ever be.

Encore:
Lullaby
The Caterpillar
The Walk
Friday I’m in Love

Encore:
Close to Me
Why Can’t I Be You?
Boys Don’t Cry