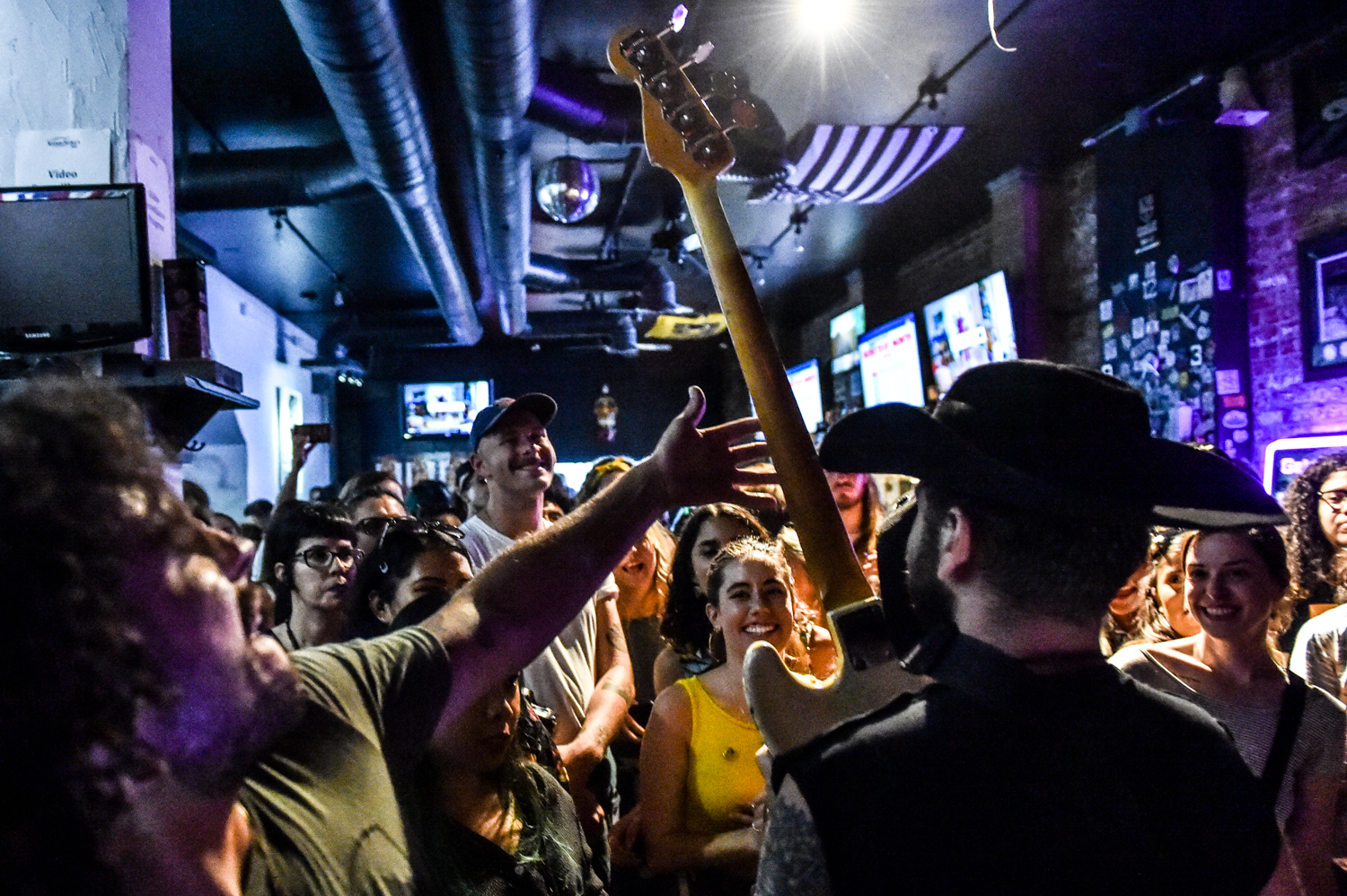 Giving back to the community for the fourth year in a row, founders of Happy Sundays, Scott Montoya and Julia Kugel Montoya, put on one spectacular free festival with some of the hottest bands in Southern California. The Zaferia District was once again the host of several bands in different bars, stores and parking lots as the heat didn’t stop people from enjoying the music. The Montoya couple performed as White Woods and Julia joined her band The Coathangers to close out the evening at Alex’s Bar. There were so many great bands, it was impossible to catch them all. Here’s to next year!