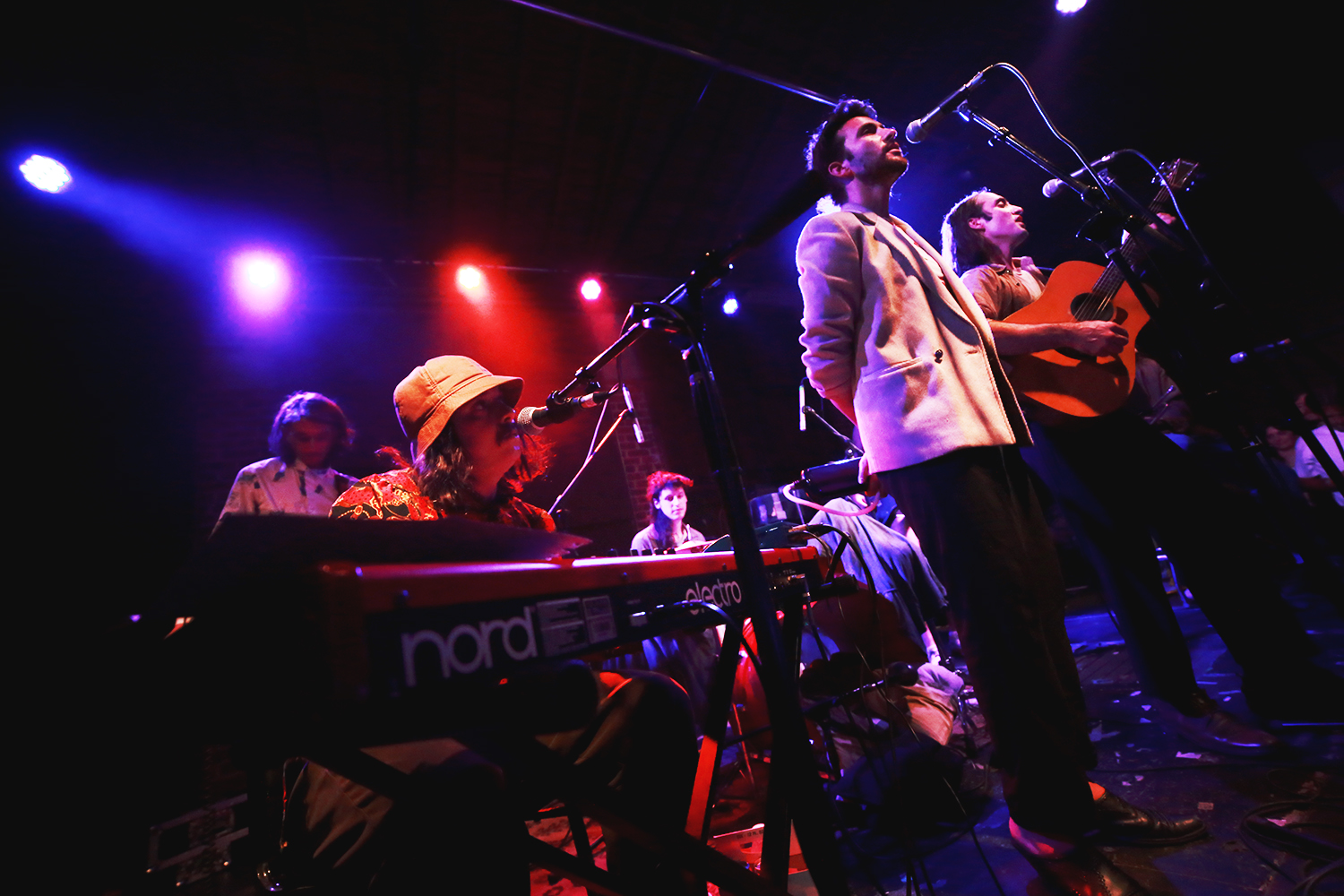 “Hello, we’re members of Lee Harvey Oswald” joked Michael Collins, ringleader of the musical troupe known as Drugdealer as he took the Bootleg stage along with his extensive and talented band for a sold out show.

Collins did have a lot to be cheerful about as Drugdealer came to the end of an extensive tour that spanned two continents and almost a dozen different countries in support of sophomore album Raw Honey which was released earlier this year.

Drugdealer opened with “Fools” and continued on with the carefully crafted blend of 70’s melodic ballads as the crowd danced along. Collins also took the opportunity to play a large number of new songs and mentioned that album number three is currently in the works.