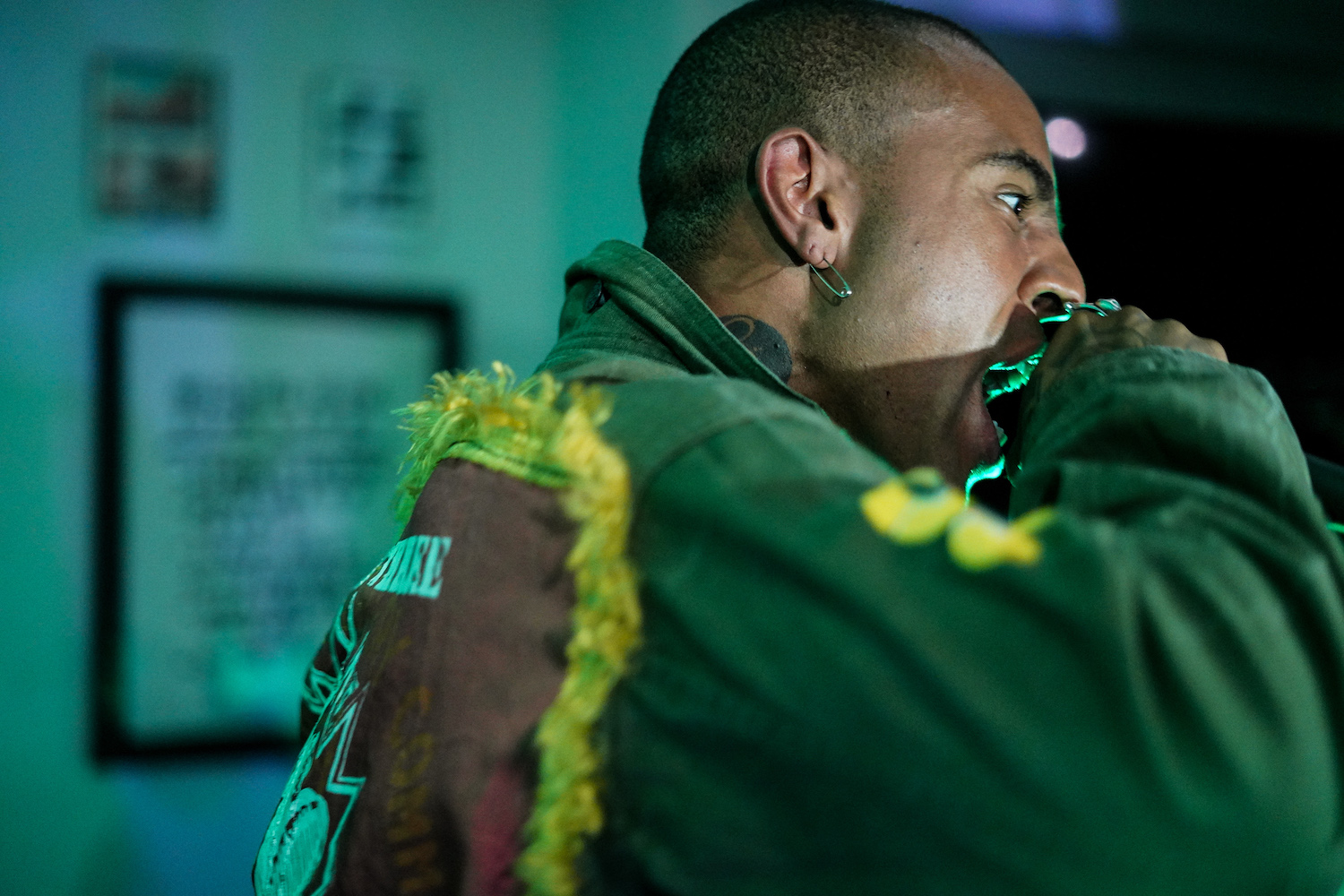 Police just have to shut things down early.

Around 9:20 p.m. after Fletcher had been performing, police shut it down–so they thought. During London’s set around 9:30, those pesky helicopters arrived. Shit was going down. Around 9:40 p.m., 93PUNX played an unreleased track when things came to a halt for good before N8NOFACE could even use the mic.

Per Mensa’s IG, “The ‘3 Years Sober’ video is a statement about identity. I put on a confederate flag dress to be able to laugh at a symbol of hate, and played tug of war with Mike Pence over birth control. I had my face written on to get ahead of everything I know people will say about me and had a diner full of BBQ Becky’s call the police on me for using the women’s bathroom. I know some in hip hop culture will see this and say ‘Vic’s gay’ (which I’m not), whereas if I was white they’d just say ‘he’s a rockstar.’ [@]93punx is about being yourself, fuck what people think.”

Mensa plays the Fonda on August 23rd where it definitely won’t be shut down.

JULIA HOLTER @ THE TERAGRAM BA...
THE DRUMS @ THE HOLLYWOOD PALL...