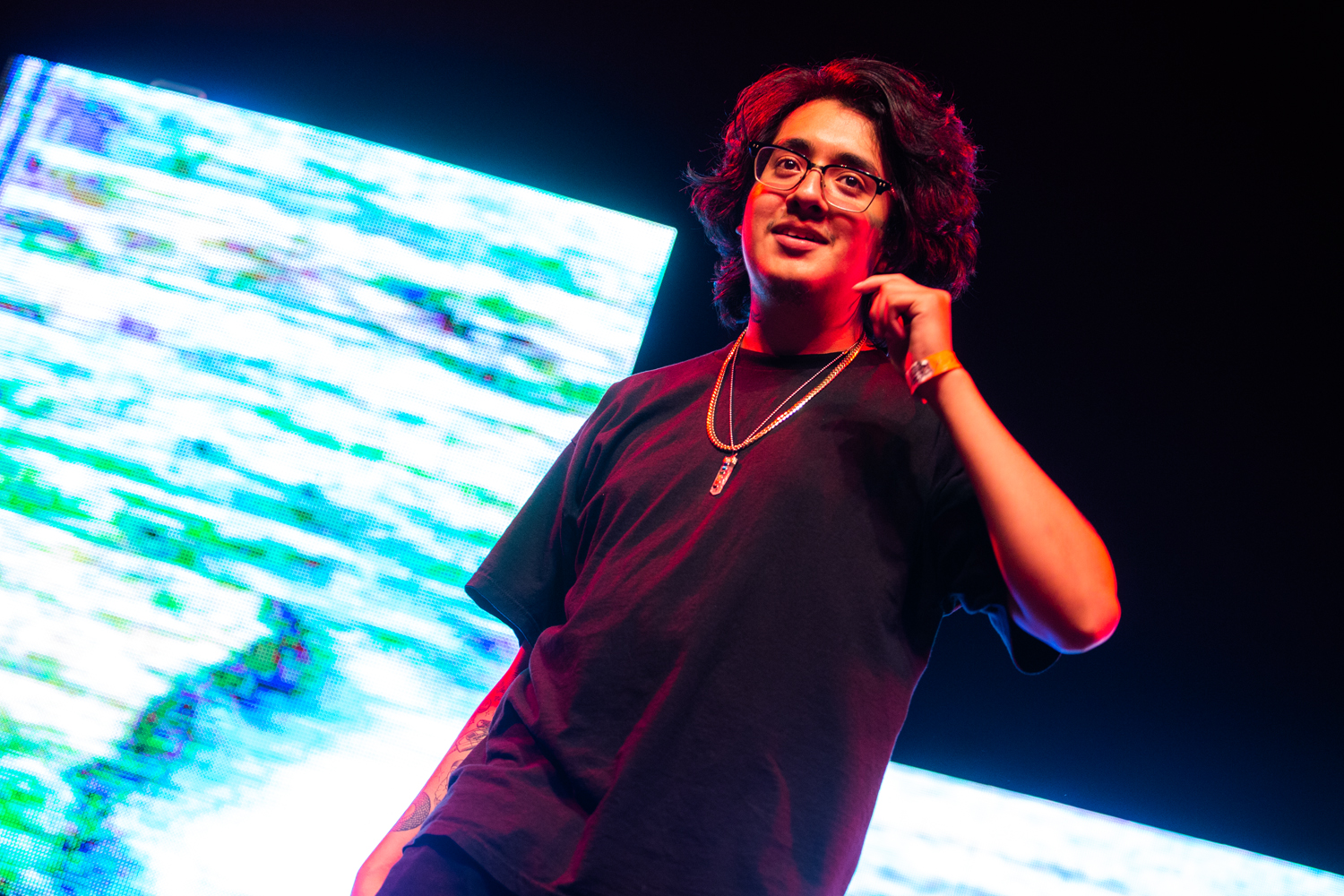 “I need to see how fucking lit Orange County can be!”

It’s hard to believe after selling out venue after venue and amassing such a passionate fanbase that sings along to every word that Omar Banos, better known as Cuco, has only just released his debut album, Para Mi, this weekend.

Cuco’s live performance continues to evolve as the singer/instrumentalist grows in popularity, made obvious by the huge LED screens that now adorn the stage at the City National Grove of Anaheim. Exciting things are on the horizon for this young man!

Young hip-hop trio Your Grandparents got the party started with a high energy set, while UMI guided the audience into a chill groove.