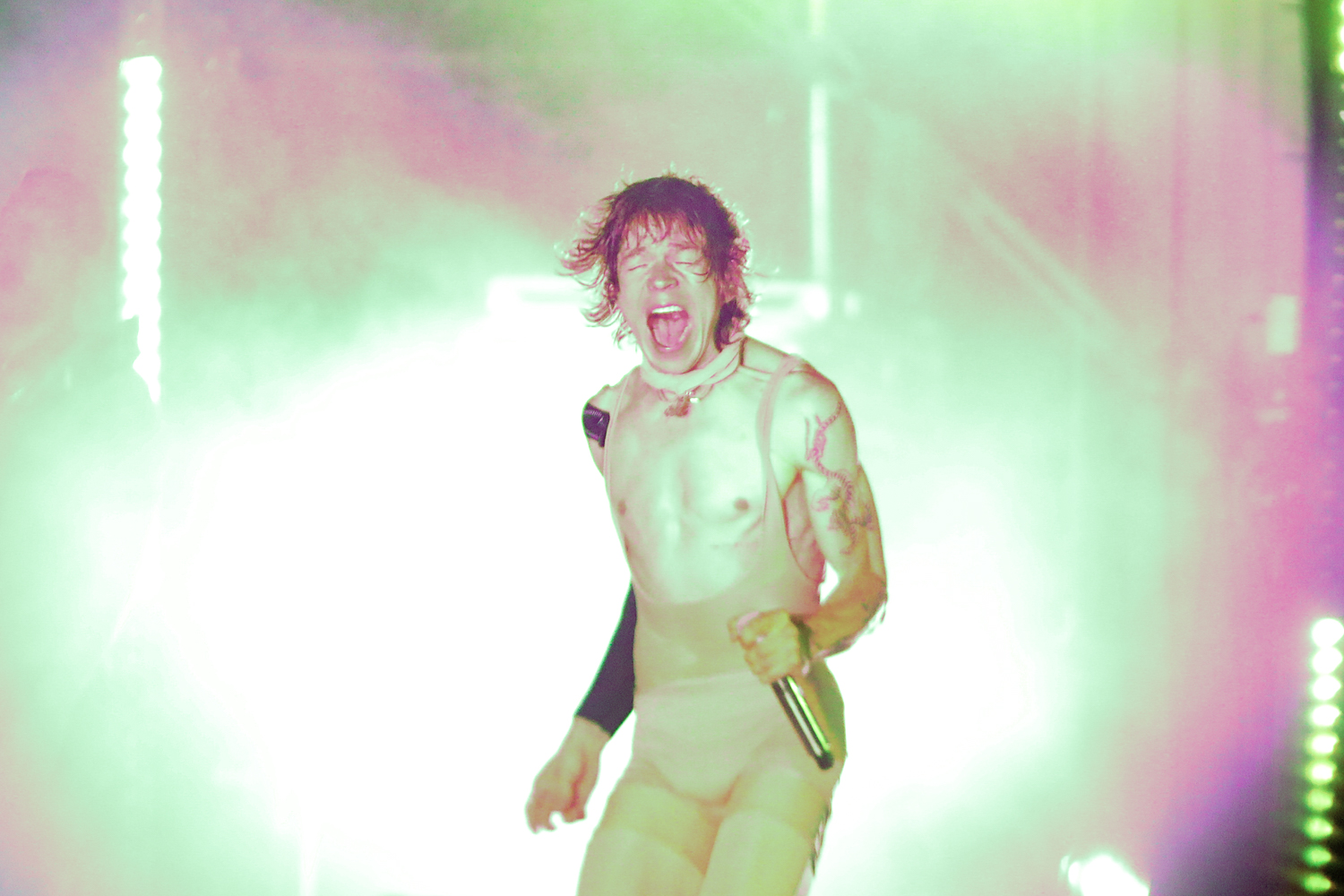 Put together three of the coolest bands with three solid lead singers and you get The Night Running Tour with co-headliners Beck and Cage the Elephant and special guest Spoon.

Vocalist Matt Shultz of Cage the Elephant is an ever-changing, ever-growing artist who spends most of his time in the crowd than on stage as well as his brother, guitarist Brad Schultz. Matt’s charisma is everything a fan wants at a show and plenty of fans in Irvine were enthralled. For this tour, every show is different as far as what he wears–which in itself is unique–and how he maneuvers. Matt Schultz flows in present time. He had real tears this evening and wore his heart on this sleeve. Cage’s latest baby Social Cues features Beck on the track “Night Running.”

Speaking of Beck–he wasted no time keeping the momentum up after the crazy Cage show delivering the very familiar “Loser” to start his set off and continuing with “The New Pollution,” “Devils Haircut,” and an encore featuring covers by Rolling Stones and Talking Heads. He covered Cage’s “Night Running” featuring, of course, Matt Schultz, ending with Schultz on a reprise of “Where It’s At.”

Spoon could have easily filled a two hour set, but the song selections for their allotted time flowed well, including latest “No Bullets Spent.”

Starcrawler, who is a familiar punk band on the LA scene started the entire show off.

Spoon setlist via setlist.fm
Knock Knock Knock
No Bullets Spent
The Way We Get By
Trouble Comes Running
The Underdog
Hot Thoughts
Don’t You Evah
Do You
Inside Out
I Turn My Camera On
Rent I Pay