THAT DOG + GRAHAM COXON @ THE SMELL 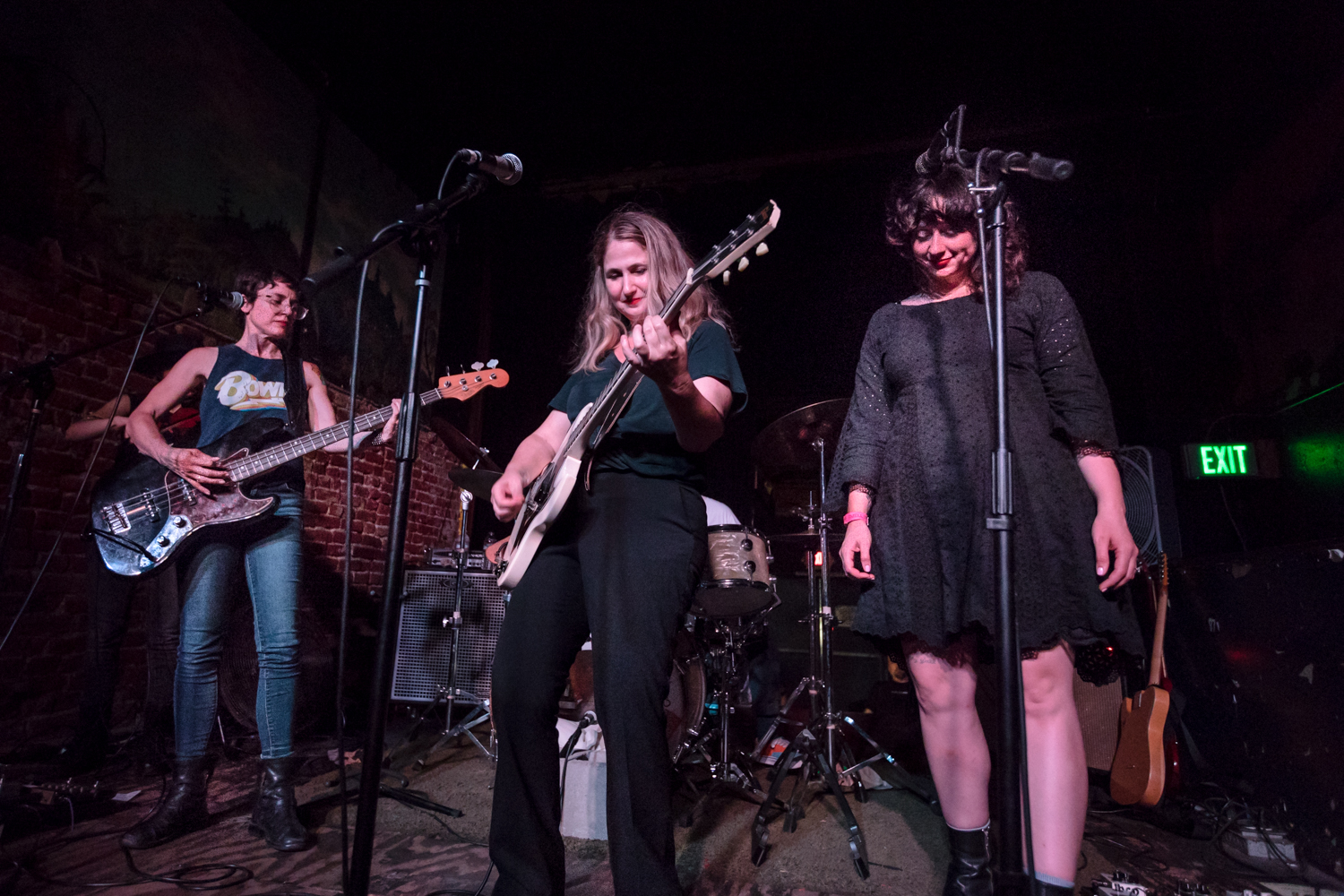 that dog. @ The Smell

Photos and recap by Sarah Hess

SoCal’s heatwave wasn’t enough the keep fans away from two back-to-back, steamy sold-out shows at The Smell last night with LA’s that dog. and Graham Coxon (Blur). The shows were in celebration of the re-issuing of that dog.’s self-titled debut album, for its 25th anniversary. Lead singer Anna Waronker joked the evening was “supposed to celebrate how we started: in a small venue, close together, all sweaty.” And sweaty we all were, packed tightly like sardines, in one of LA’s most iconic DIY venues. But fans didn’t seem to mind, as they sang along to favorites like “Paid Programming” and “Zodiac.” Plus, with a night spent reliving the 90s, it was only fitting temps be in the upper 90s.

Waronker was joined on stage by bandmates Rachel Haden and Tony Maxwell, along with guest vocalist Allison Crutchfield and violinist Kaitlin Wolfberg. Before performing “Westside Angst,” Waronker told the crowd, “This is the first song I ever wrote, if you can believe that!” Waronker proved she still has her writing chops, when that dog. played new song “If You Just Didn’t Do It.” Fans responded with cheers and applause. The band had previously released the song in 2015, and shortly after, they set up a Kickstarter to crowdfund a new album in 2016. It seems that album will finally be released, with the band announcing what will be their 4th album and first recording since 1997’s Retreat from the Sun.

A very familiar face opened the show. UK musician Graham Coxon started the night out with his mix of folk and garage rock. Faces appeared to be in complete awe, gifting Coxon with undivided attention, the only sound being applause between songs and the occasional shouts of “I love you,” here and there. After all, it’s not every day a founding member of Blur is performing such an intimate show. In turn, Coxon gifted us with treasures like “All Over Me,” “Don’t Believe Anything I Say,” and the Blind Faith cover “Can’t Find My Way Home.”