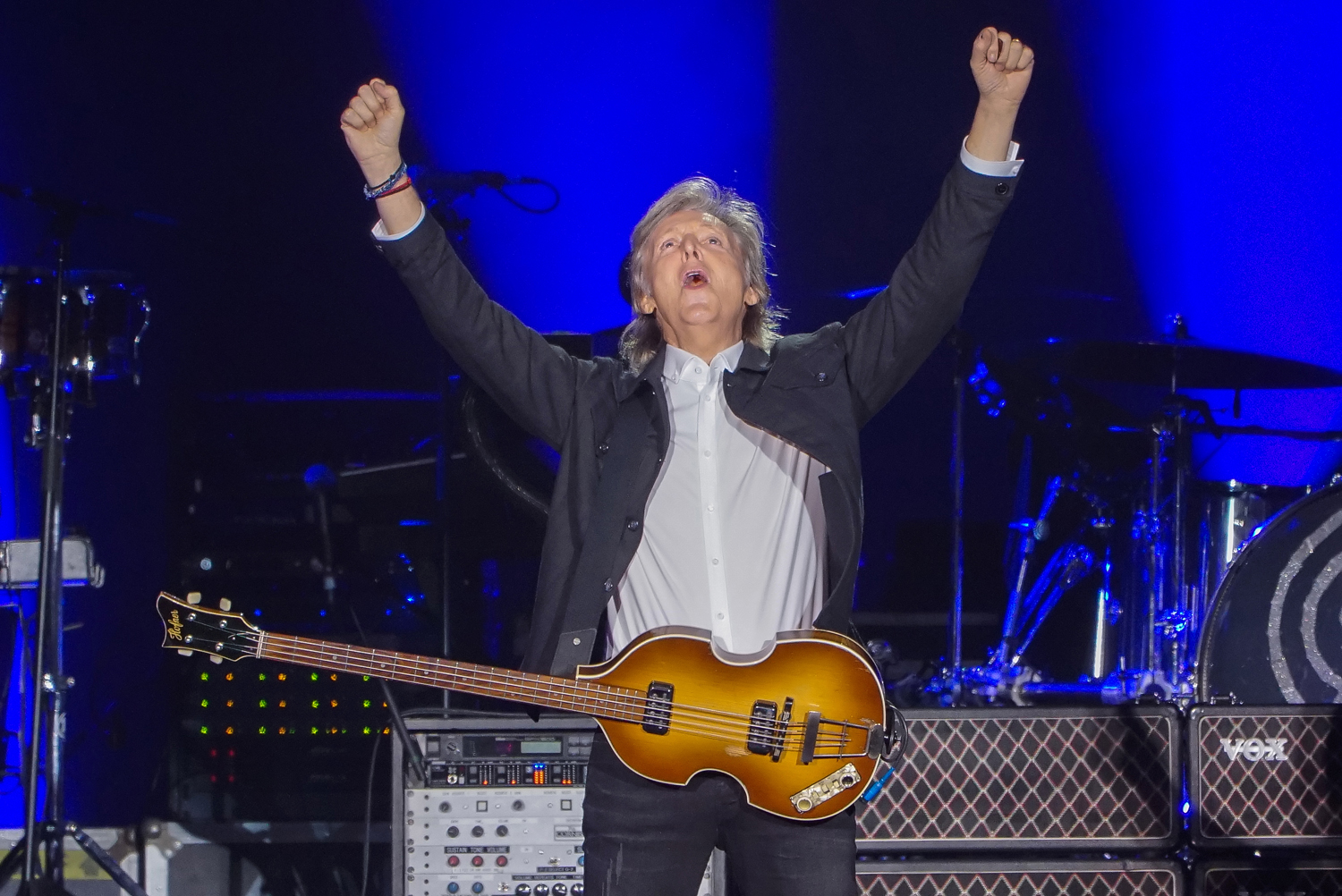 Photos and words by Kevin Estrada

Sir Paul McCartney brought his 2019 Freshen Up Tour to an end for a sold out crowd last night at Dodger Stadium. Besides the dozens of hits one would expect at a McCartney show, we were treated to a surprise mini-reunion as Ringo Starr joined McCartney and his band on stage for Beatle’s classics “Sgt. Pepper’s Lonely Hearts Club Band” (reprise) and “Helter-Skelter.” The show concluded with Joe Walsh of the Eagles who came out as one of the three guitarists recreating the part of “The End” where McCartney, John Lennon and George Harrison took turns doing two-bar guitar solos.

Creating a set list of songs by one of the greatest songwriters of all time is no easy task, however the 38 songs chosen had just the right balance of McCartney’s solo material, Wings’ favorites, and of course, classic Beatles. Sir Paul delivered a nearly 3 hour show, yet there was still quite a handful of numbers missing that didn’t make the cut.

But the true magic of the show was not the hit songs, it was not the pyro and ferocious fireworks during “Live And Let Die,” it wasn’t seeing Starr drumming alongside McCartney, the true magic was the way in which McCartney was able to make a sold out Dodger Stadium feel like an intimate coffee-house show. McCartney lowered his defenses and put it all out on the line. He made each song a special moment for the fans, telling the back story of each track and unheard tales that so much make Paul McCartney who he is.

McCartney’s “Here Today” is a moving and touching example. He explained to the crowd, “Sometimes you need to tell someone something–you want to say ‘I love you man,’ but you just can’t, because you need to be tough or whatever the reason. And then before you know it, it’s too late. I wrote this song about my friend John. When we were kids in Liverpool, we just couldn’t get around to say ‘I love you man.’ So I wrote this song in the form of a conversation.” Alone, on a small riser with an acoustic guitar, an emotional and teary eyed McCartney poured his heart out, allowing everyone in that stadium to feel as if we were the only person he was singing to.

That is the magic of Paul McCartney and that is why there is no one like him.

THAT DOG + GRAHAM COXON @ THE ...
SADGIRL @ THE TERAGRAM BALLROOM