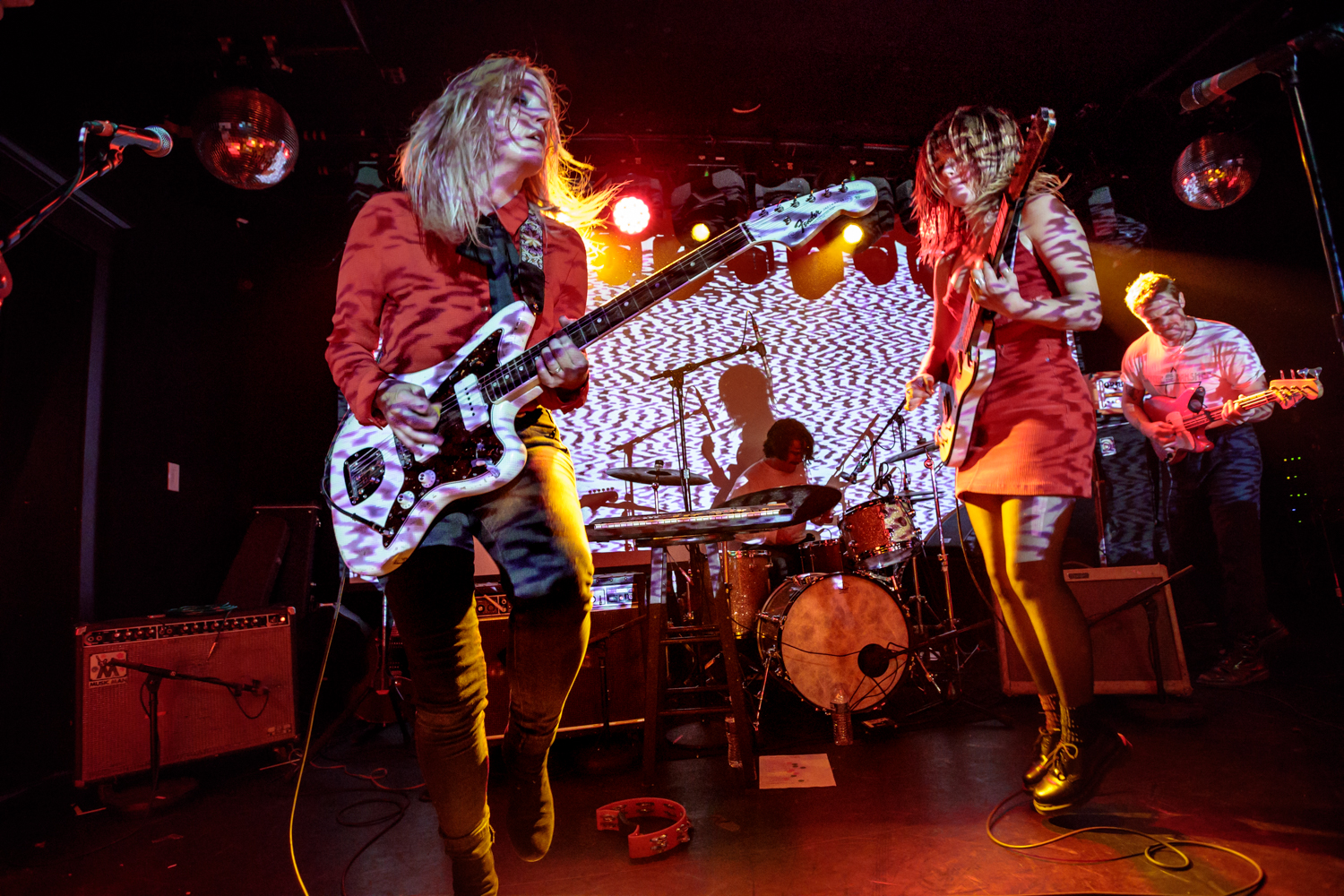 Celebrating the release of their third studio album–Don’t You Think You’ve Had Enough?–LA’s own Bleached sold out the Moroccan Lounge (not surprisingly) that included a chocolate cake. Sisters Jennifer and Jessica Clavin played plenty of new songs, including singles “Hard To Kill” and “Rebound City,” and a couple of oldies for a packed room, filled with excited fans, friends, and family. Bleached looks and sounds better than ever and here’s to the success of their latest endeavor.

The evening began with another local act who recently opened for Bikini Kill, The Linda Lindas, comprised of middle and high schoolers, who gave thanks to Bleached for giving them the opportunity to play their first eighteen and over show. Catch them August 10th at the Hi Hat opening for Alice Bag.

SADGIRL @ THE TERAGRAM BALLROOM
AMYL AND THE SNIFFERS + ALICE ...