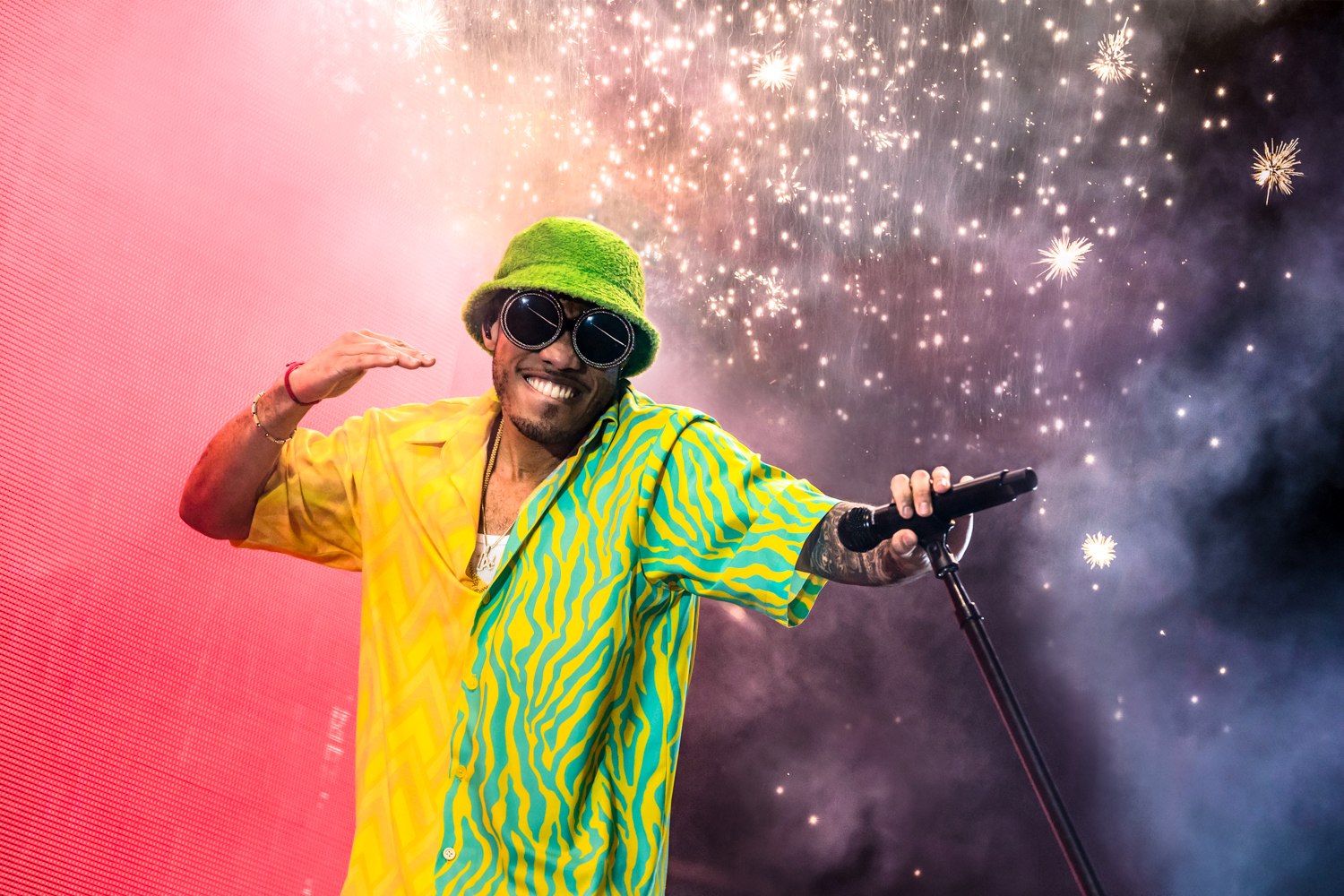 Imagine cruising with the top down in the Summer sun from Venice up to Malibu then onto Oxnard and parking near the beach in Ventura–all the while listening to Anderson .Paak and his albums with the titles of those same cities. Head back down to the Los Angeles Forum where Anderson .Paak and The Free Nationals played their final stop on the Best Teef in the Game tour.

It was truly a special evening for the stylin and smiling .Paak who drummed his heart out from way up high and bounced around on stage belting out “Come Down.” He brought out special guests to help celebrate. Lalah Hathaway and .Paak took to the floor, Ty Dolla $ign, BJ the Chicago Kid, during which .Paak gave a nod to Nipsey Hussle and Too Short. Then everyone lost their minds when Too Short came out and they played “Blow the Whistle.” ScHoolboy Q came out during first encore and everyone had a good feeling Thundercat would make an appearance after starting the show preceding Earl Sweatshirt.

.Paak and Thundercat played Mac Miller’s “Dang!” that features .Paak. The highly charged evening ended with a huge photo of .Paak and Miller on the stage’s backdrop.