EMPIRE OF THE SUN @ THE FONDA THEATRE 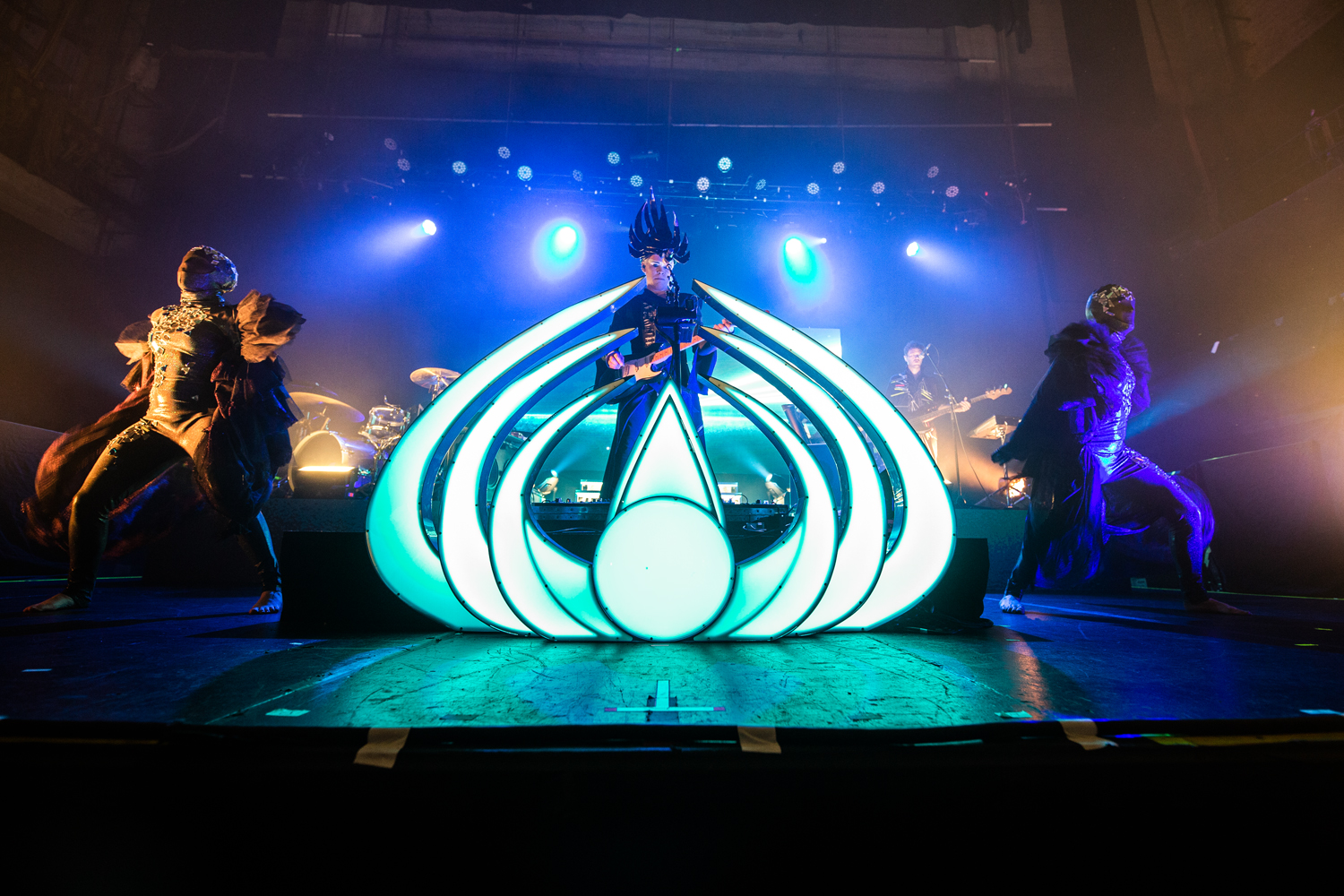 In the studio, the electronic duo Empire of the Sun (comprised of Luke Steele and Nick Littlemore) craft dreamy, sweeping soundscapes that are already in epic nature. In its live form, Steele assumes the role of “Emperor” in a fanciful headdress, flanked by a full band, dancers sans Littlemore.

Empire of the Sun is on a celebration tour for the 10th anniversary of their debut album Walking on a Dream and have released single “Chrysalis.”

Playing a trio of sold out shows, the Fonda seemed a rather intimate venue for Empire of the Sun’s theatrics: video projections, colorful lasers, and the mesmerizing dancers that went through a multitude of costume changes.

Fans were primed and ready for a joyous dance party, and the band delivered with ease. It was hard not to be caught up in the energy of the room or pogo in place.

A few young special guests later took the stage, including Steele’s own daughter, to sing a few acoustic refrains of the group’s biggest hit, “Walking on a Dream,” which would later be played in its proper form to close out the main set.