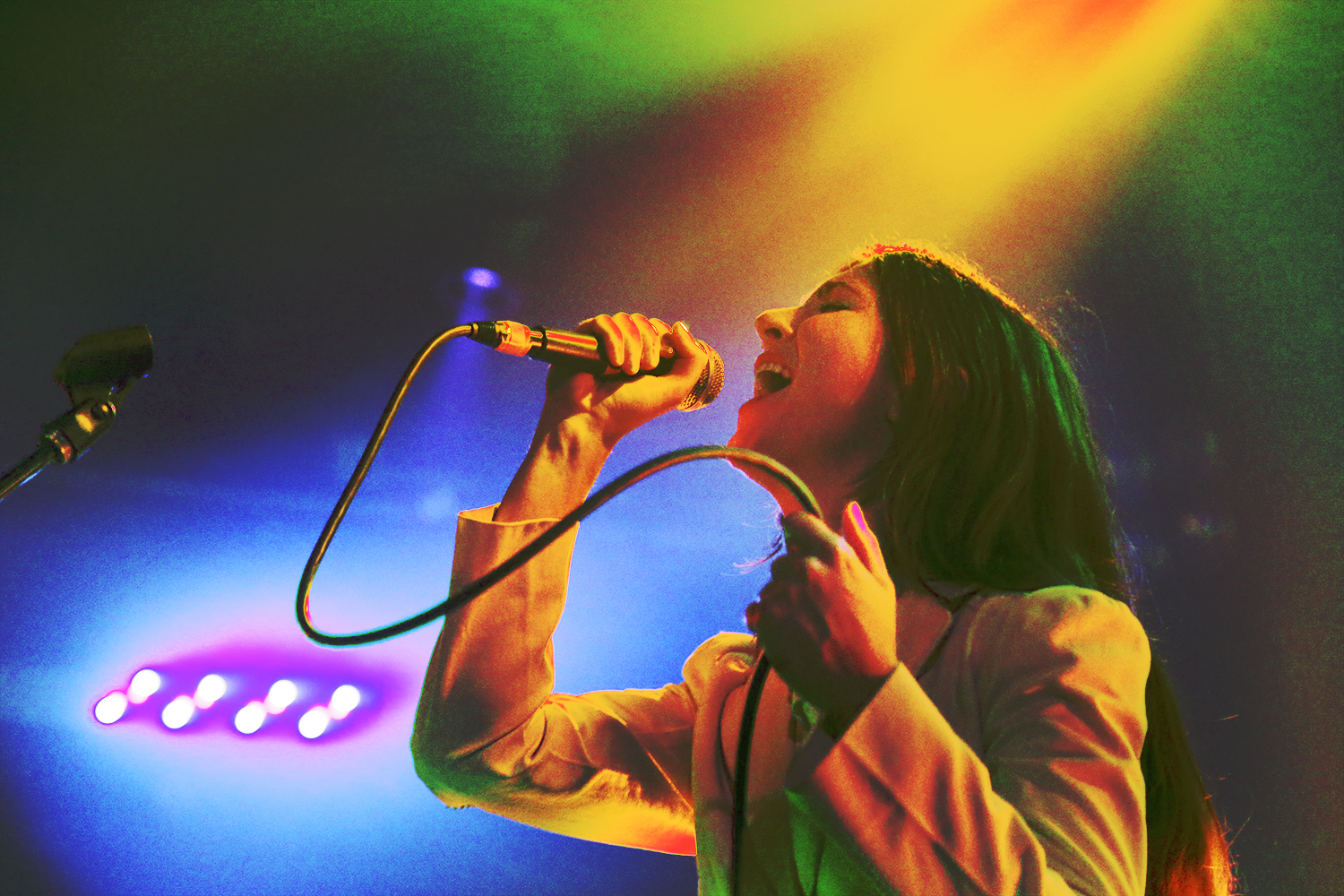 “We just made a gigantic loop around the United States, and then I drove back to LA. I cried. I was like, damn, I really am from here–and it’s not really my choice.” Natalie Mering, the sole creative force behind Weyes Blood arrived where she was born, playing the sold out Troubadour on her final stop of the long True Love is Making a Comeback tour.

As the opening electric organs to “A Lot’s Going to Change” filled the room, Weyes Blood emerged onto the stage. A slow moving aural wave soon surfaced–slow and steady keys pulsated through the room as Mering’s voice found the subtle space in between. The rhythm section slowly fell into its place within the Weyes Blood universe as the reverberating guitar became the dark matter glue that held it all together. The warm high tide of sound immersed everyone within the room.

“So what ghosts do you guys think are here tonight?” asked Mering.

“Morrison!” “Tim Buckley!” were shouted from the floor.

“My ghost guest list was maxed out,” responded Mering. “But they’re all welcome, if you know what I mean.”

But even if all the ghosts on her guest list were no shows, it wouldn’t matter because the soul and spirit that poured out of Mering’s vocals were more than enough to fill the room five times over. Mering, in all white with her backing band in all black, provided a transcendent musical sermon that we didn’t know we needed.

Merrng on her acoustic guitar stepped to the front of the stage as water like patterns projected onto her white suit. As if she floating through space, she began to strum the opening chords Andromeda.

Weyes Blood slowly went through every song from Titanic Rising. Losing her jacket, she danced during her most recent single, “Movies.” “Something to Believe” and “Wild Time” were also major standouts. Fitting for the California native, Mering also took time do a cover of The Beach Boys’ “God Only Knows.”

She stepped out solo with only an acoustic guitar, She stood there, vulnerable, bearing it all.

One couldn’t help but think of how fleeting this moment truly was.

Mering sold out The Troubadour rather quickly, along with many others shows. So quickly that a second tour, Something to Believe, had been announced for the second half of the year but only this time in larger venues that can hold much larger audiences. We find Mering at a moment of transition. One final intimate show before stepping onto larger stages where more people can witness the beauty that is Weyes Blood. You can catch Weyes Blood at the Fonda on August 8th and on tour with Kasey Musgraves in September.

Starting the evening was Jackie Cohen