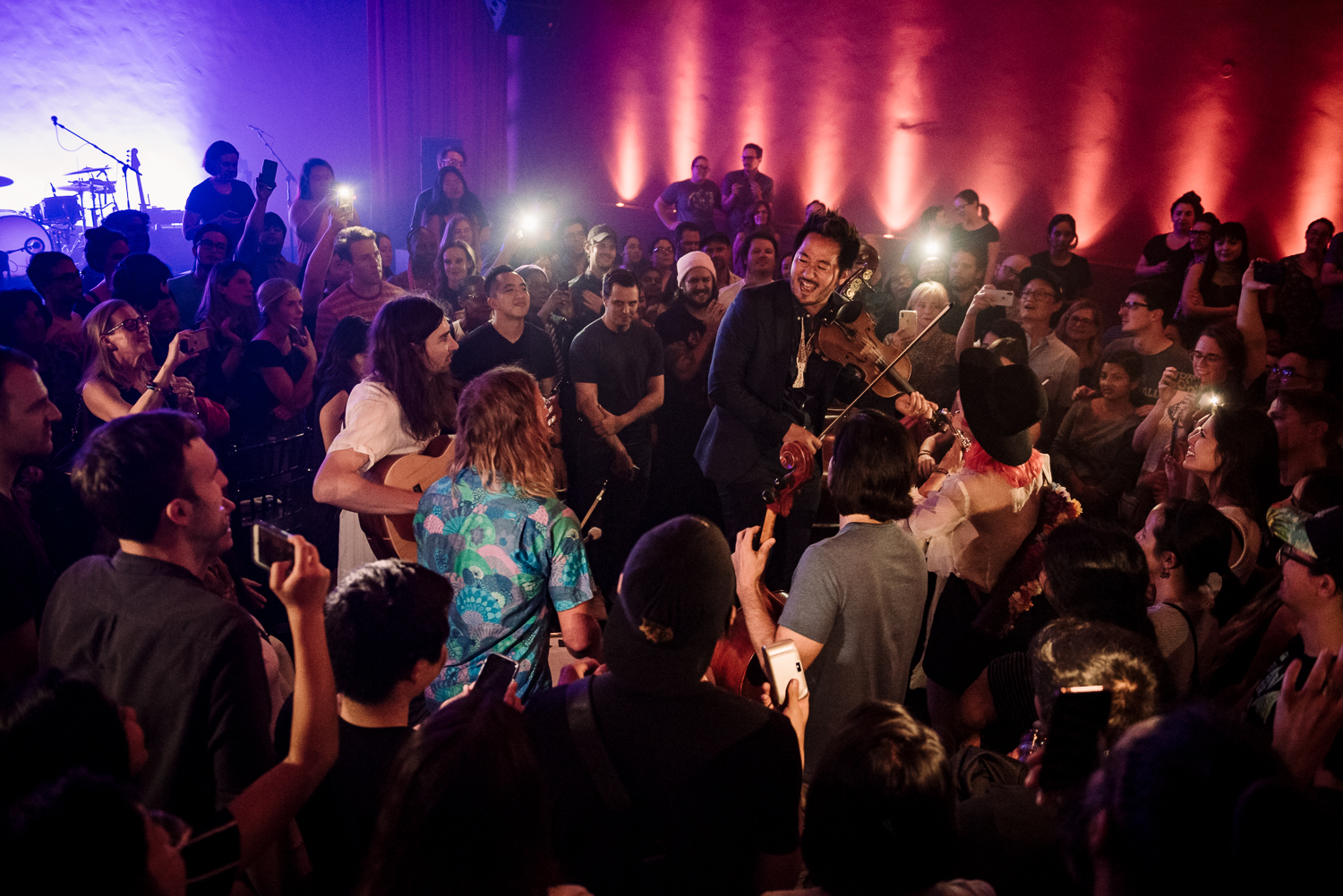 Psych pop songwriter/performer/multi-instrumentalist Kishi Bashi (Kaoru Ishibashi) kicked off the west coast run of his Omoiyari record release show at Masonic Lodge inside Hollywood Forever. His fourth and latest album released on May 31, Omoiyari is inspired by the experiences of Japanese-American immigrants’ incarceration within internment camps in 1940s America. Its songs reflect the prison sites, stories of survivors, emotional lives of those who were unjustly incarcerated in WWII America. A corresponding documentary film, Omoiyari: A Songfil, will be released in 2020.

Kishi Bashi and his 7-piece orchestral band played a bulk of the new album mixed with some older tunes in between. The band joined the seated, sold out crowd for an intimate, in-the-round style 3-song encore to close out the show.

OPERATORS @ THE TERAGRAM BALLR...
TOGETHER PANGEA @ THE REGENT