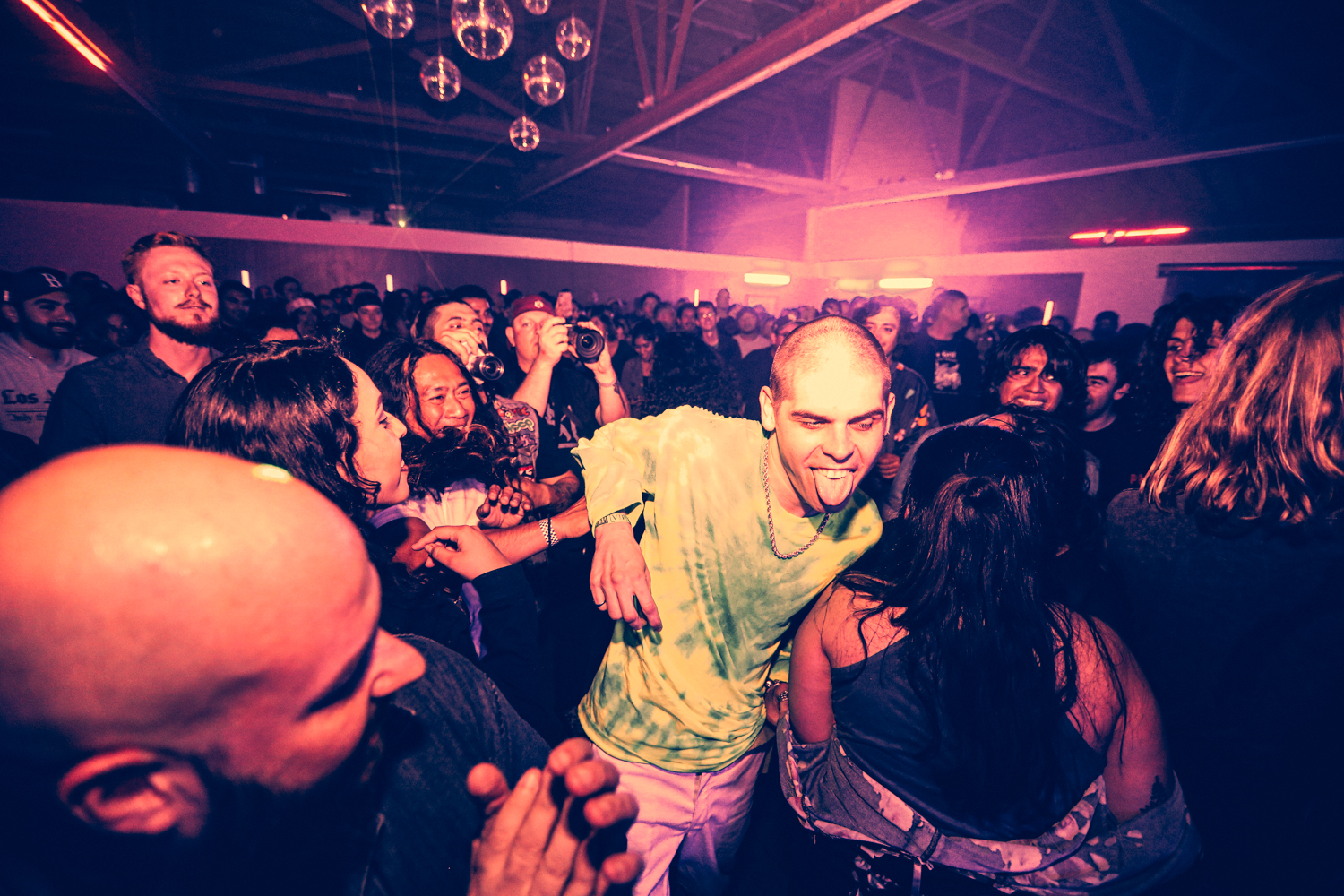 A city that is part of the Gateway Cities and named after John Greenleaf Whittier who was a poet and known for his anti-slavery writing.

212 years after Mr. Whittier was born, Brandon Blaine (vocals), Luke Perine (drums), Michael Perez (bass) and Jay Rogers (guitar) also known as Plague Vendor and who grew up in said Whittier, held a free record release party for By Night, their third album on Epitaph. You bet Plague Vendor’s friends and family from Whittier drove up to see them at House of Machines. A couple even come out from Phoenix.

The space that is usually empty, was transformed into a place that felt like you were in the basement of your parent’s house sans a couple of kegs. There was a DJ, a bar with signature cocktails for the occasion, trippy lights, a stage with a cool backdrop of paneling and posters and a comfy couch in the corner.

Before embarking on a massive tour and delving into songs from By Night, the guys played old favorites to get us moving starting with “Black Sap Scriptures” from their debut album Free To Eat into “Jezebel,” “Ox Blood” and “No Bounty” from Blood Sweat.

The time had finally come. Those Whittier boys that are now men delivered their entire album By Night to everyone’s delight. They started with the recently released “New Comedown,” which is fast and in-your-face–an instant crowd favorite. Blaine couldn’t contain himself on stage and hopped down for a bit to run into the circle of friends. The band finished the evening with four more from Blood Sweat.

Catch Plague Vendor next week in San Diego or at The Echo in October and don’t forget to listen and buy By Night.

By Night:
New Comedown
Nothing’s Wrong
All of the Above
Let Me Get High\Low
Prism
White Wall
Night Sweats
Pain in My Heart
Snakeskin Boots
In My Pocket

FROTH @ THE LODGE ROOM
THE SPIRIT OF THE BEEHIVE @ TH...