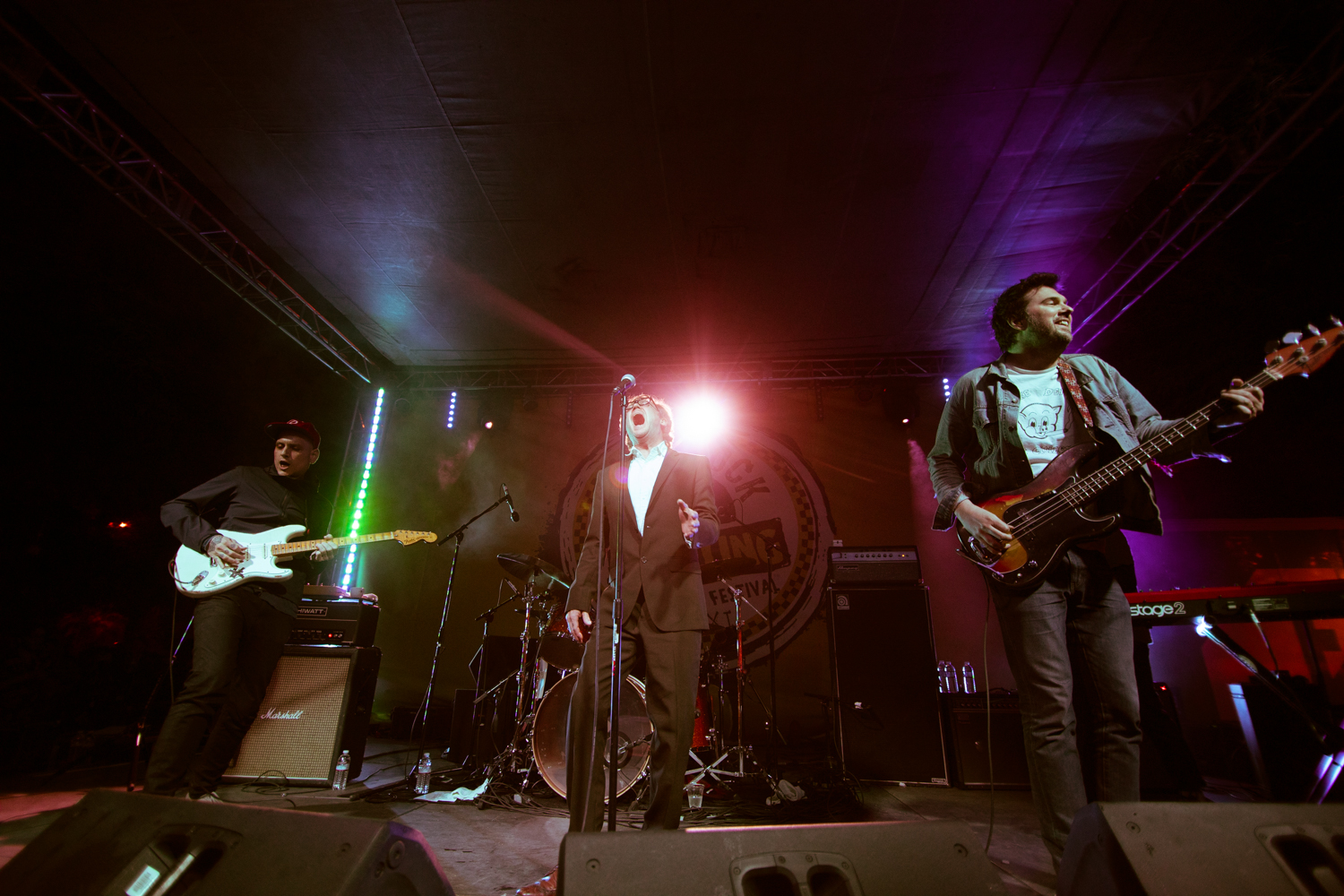 There were quite a few bands that played late night club shows around downtown Vegas in lieu of playing at the main festival area of Punk Rock Bowling. The Murder City Devils played the Bunkhouse Saloon which has outdoor and indoor stages. And late night means MCD went on at 1:05 a.m., so technically early morning.

But this is Vegas and it was sold out and a beautiful evening outdoors listening to the Seattle band do their thing. There hasn’t been an album since 2011, so here’s hoping for some new tunes around the time they come to play the Teragram Ballroom on August 13th.