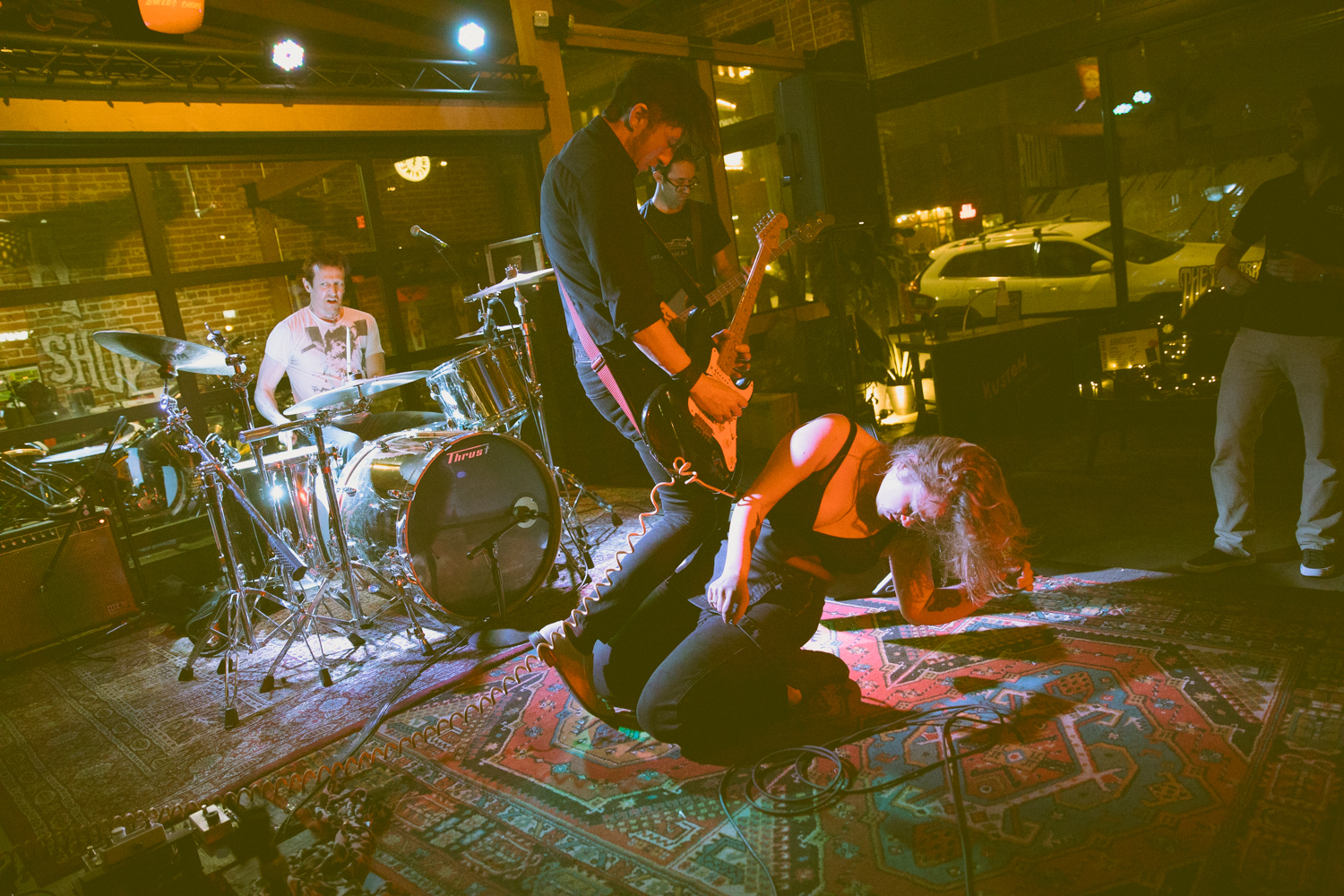 Mean Heat held its final residency evening at House of Machines. As a fairly new LA band, they are playing as many gigs as possible, including May 6th at Harvard and Stone and May 18th at Redwood Bar. Look for their debut album, BONAFIDE RUNAWAY produced by David Catching of Eagles of Death Metal possibly some time in June.

The evening began with a sibling trio (15, 14 and 12) that isn’t playing around and can hold their own. Speed of Light may be young, but that’s when the hunger and fire starts.