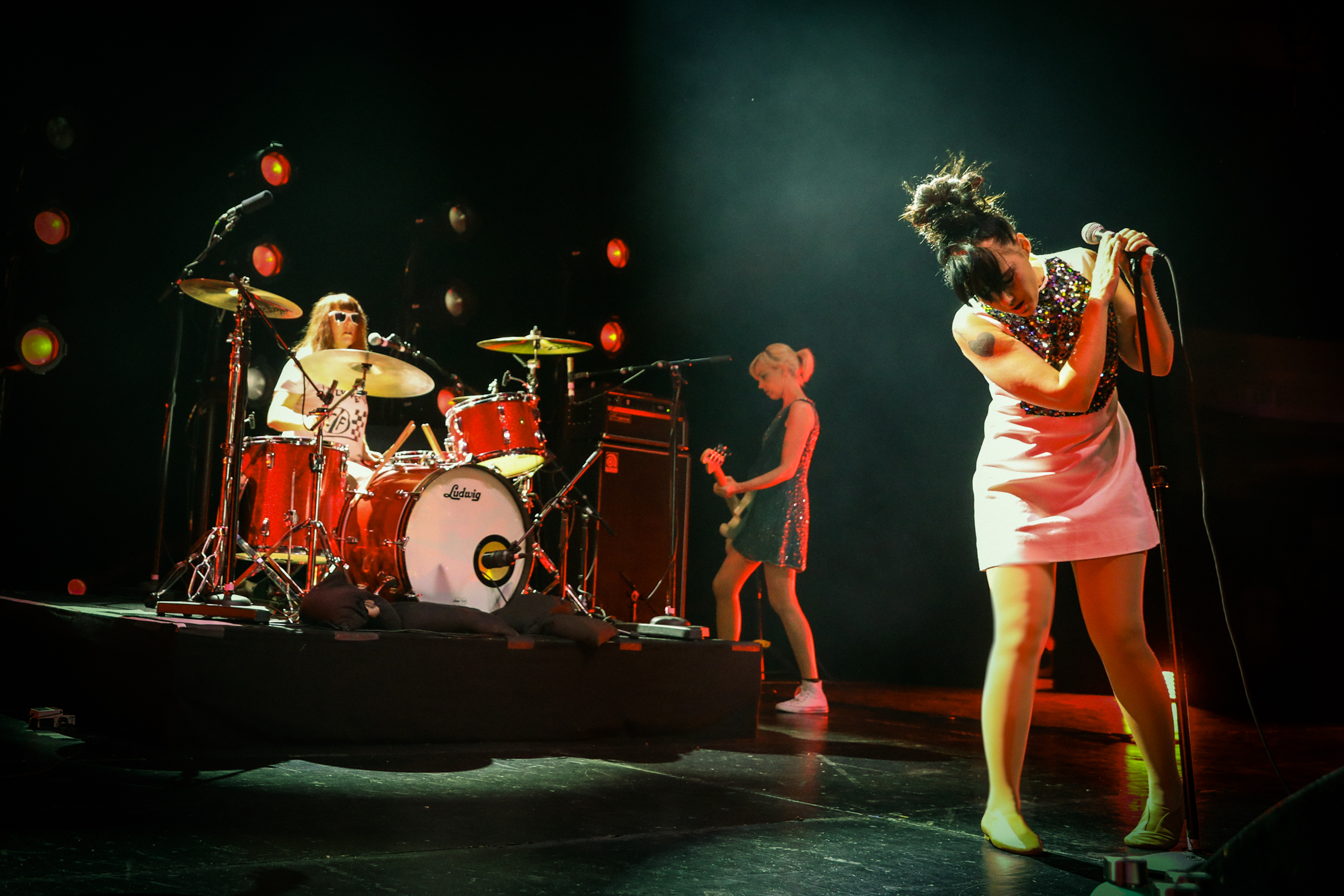 The much anticipated return of the feminist punk Riot Grrrl band Bikini Kill hit The Hollywood Palladium hard on their second of four sold out shows. The venue was packed with excited fans of all ages, including small girls on the shoulders of their fathers.

Speaking of all ages, the young female band The Linda Lindas started the evening with exceptional songs embraced by the early crowd.

When Bikini Kill took the stage, our blood started pumping. This was something we never thought could happen and it was really happening. As fans watched from upstairs, in the back and on the sides, the place to really feel the music of Bikini Kill and get what all the fuss was about was in the middle of the crowd where it was so packed, a circle couldn’t even start. We all let loose in the mostly female crowd as “all girls to the front” was an unspoken theme. We looked at each other with smiles knowing “this is our time.” Even the security guards in front of the stage were all female.

Original members Kathleen Hanna, Kathi Wilcox and Tobi Vail with guitarist Erica Dawn Lyle, replacing original member Billy Karren were as tight as could be, switching instruments and vocals, having fun (Hanna said so) and living up to all our Bikini Kill expectations.

It may be 22 years since Bikini Kill played, but we need them and bands inspired by them more than ever.

For those attending the next two LA shows, please bring new socks and yarn. Socks will go to help homeless women in LA and yarn goes to Common Threads, a project that connects art with those impacted by the carceral system.

Encore:
Double Dare Ya
Suck My Left One