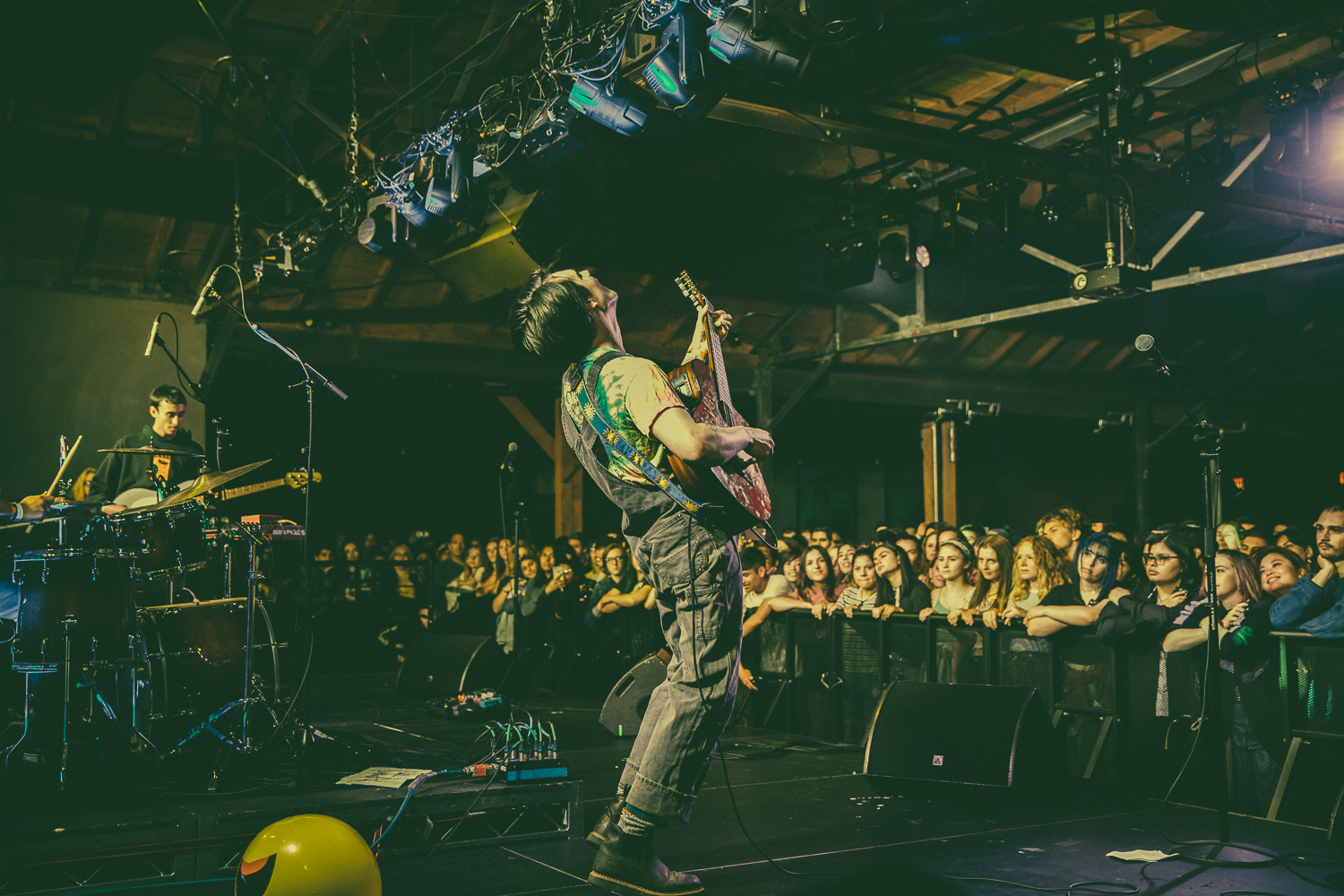 Camping his life away, Griffin Washburn (AKA Goth Babe) writes and records his music in the back of his camper off of solar power with his best pal Sadie by his side. You must follow his Instagram.

So it wasn’t a surprise when he rolled up at 1720, music lovers were going to pack the venue. Goth Babe’s latest single “Weekend Friend” is out now.

Another local favorite, Jurassic Shark, brought the masses. It was bittersweet as it was guitarist’s Will Cragoe’s last gig with the band. Their next gig should be announced soon.

It was a full evening of bliss that also included The Licks, The Grinns and OMW2HEAVEN.