LOVE YOU DOWN III @ THE ECHOPLEX 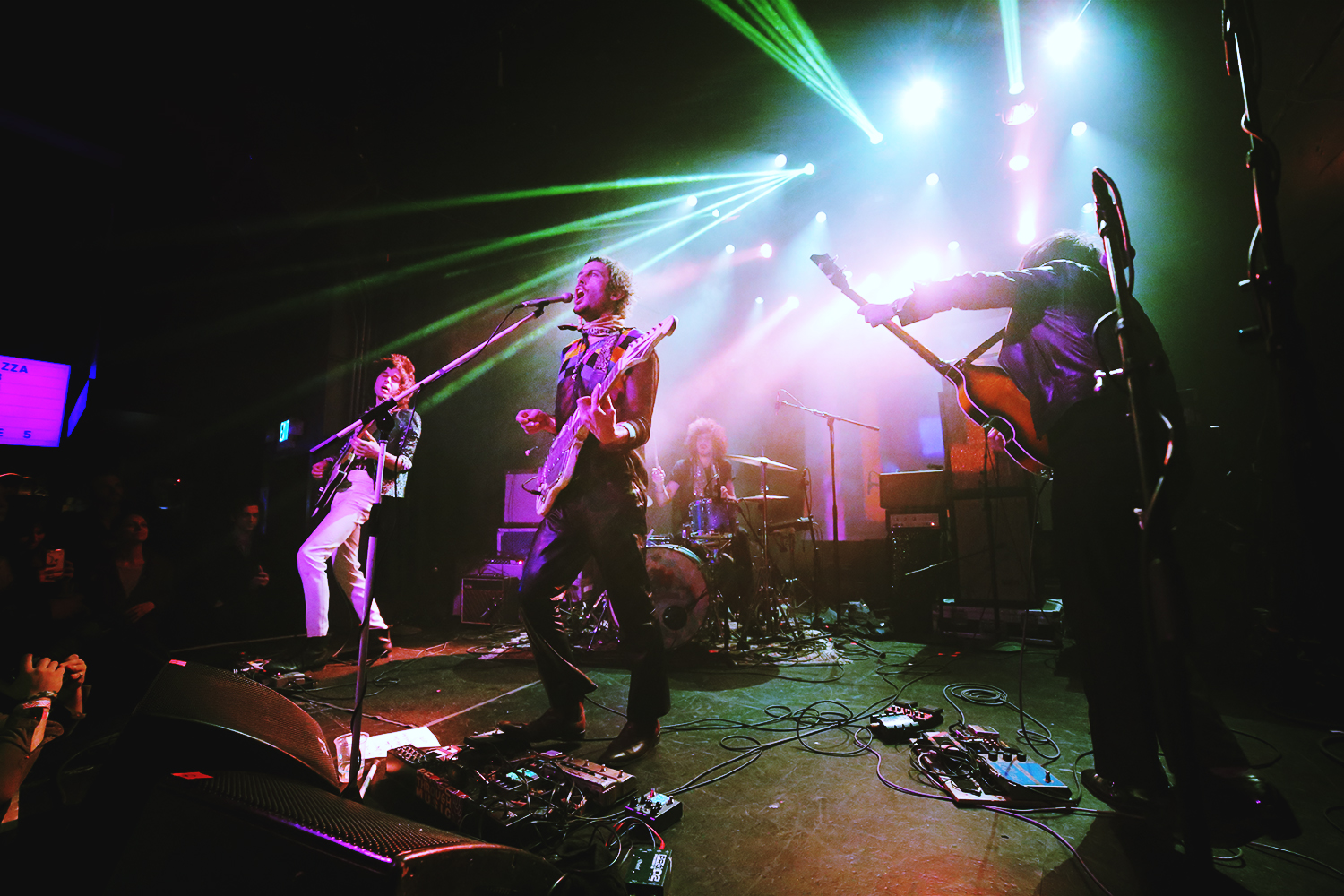 “Alright, we’re going to get down,” exclaimed Emily Kokal of Warpaint as the third annual Love You Down fest roared into its second night.

The mini fest taking over the Echo and Echoplex featured an eclectic mix of some of Los Angeles’ best offerings. Bands Like Andy Clockwise, Jeffertitti’s Nile, VS Colour and Warpaint’s very own TT put things into gear early into the night. Los Angeles has a tight knit group of musicians who shared stages, sets, maybe clothes and good vibes. Guitarist for Moon Honey, Andrew Martin, played with Andy Clockwise and Jeffertitti’s Nile and Lauren Ruth Ward busted out on SWIMM’s set.

Co-headliners and fest curators SWIMM lavished in the celebratory mood as they presented their mix of dance rock to the eager crowd. They serenaded and prepared us for Warpaint.

When Warpaint hit the stage, frenzied fans could not contain themselves and broke out into a dance party. After all, it was a night to celebrate Warpaint’s 15th year anniversary and they did not hesitate to bring back old and new classics.

Kokal took a brief moment to acknowledge the band’s accomplishment stating they were just “four girls on a journey…and it’s just amazing we’ve made it this far.”

The night was closed out by the hypnotic acid house beats of Beef (Stella Mozgawa + Boomp Bip).

JFA + THE SIDE EYES @ THE SMELL
STEVE GUNN @ THE TERAGRAM BALL...