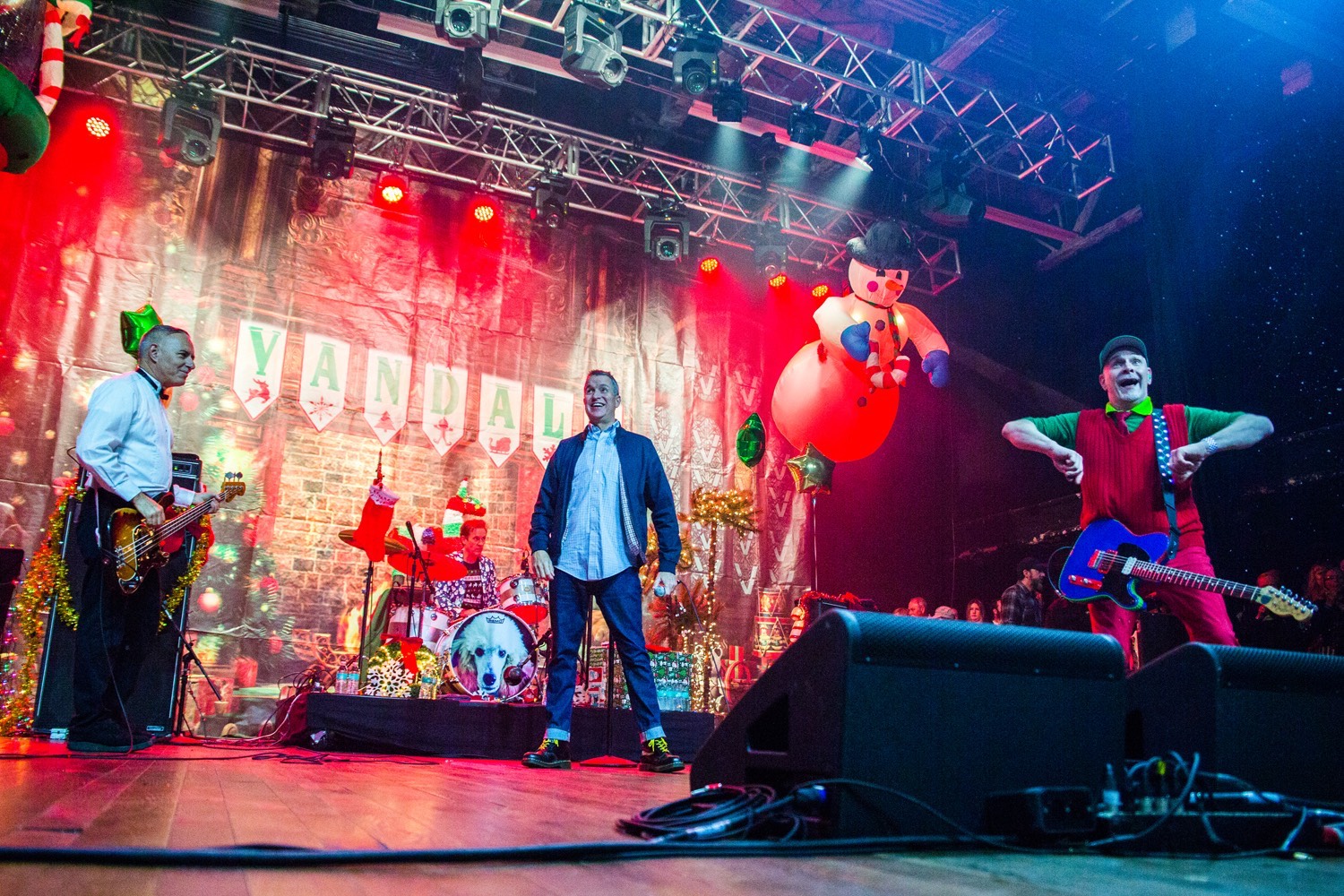 Twenty three years later, The Vandals are still going strong with its annual Christmas Formal, proved by the wild, sold out crowd at the House of Blues Anaheim this year.

From the raucous “A Gun for Christmas” to the melancholy of “Hang Myself From the Tree,” The Winter Formal tradition continued with The Vandals performing its 1996 holiday album ‘Oi to the World,’ in its entirety. Plastic cups immediately went flying through the air and onto the stage as fans in a variety of holiday wear moshed about.

Although there was no discernible theme for 2018, the punk stalwarts still, for the most part, dressed to impress. Bassist Joe Escalante was sophisticated in formal wear while drummer Josh Freese donned a snowman jacket. Guitarist Warren Fitzgerald was festively loud in red and green, and singer Dave Quackenbush, as always, was the holdout with the Christmas fashion until a fan handed him a Santa hat.

The second half of the night brought out all the favorites, like “Live Fast, Diarrhea,” “Urban Struggle,” and “Anarchy Burger (Hold the Government)” and ended with Warren Fitzgerald dismantling the stage in chaotic fashion with a cover of Queen’s “Don’t Stop Me Now.” Cannot wait until next year.

The Last Gang got the moshing started early with an infectiously fast and fun set, while the recently reformed Audio Karate’s undertones proved the band is still in solid form.