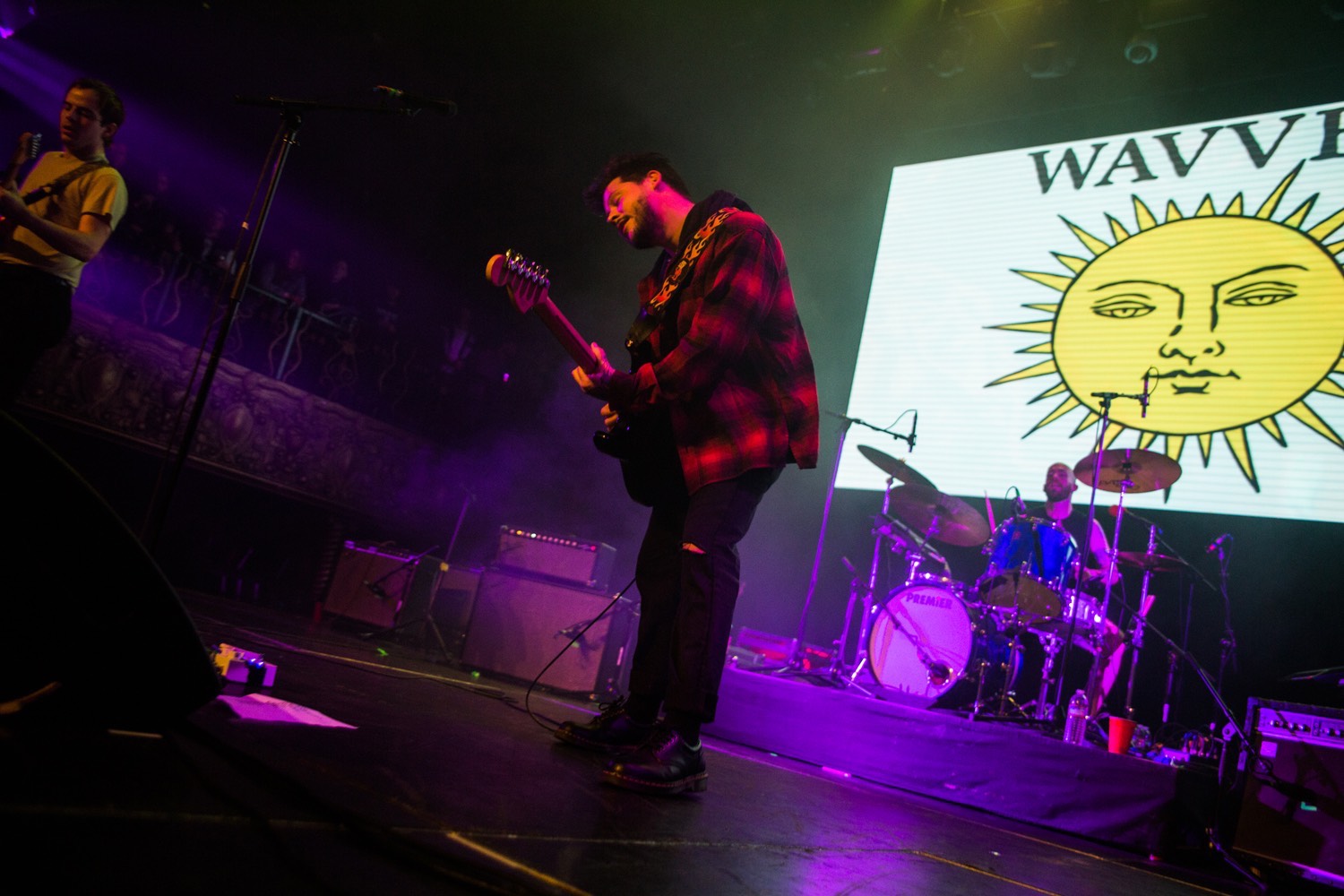 “This is the last L.A. date for awhile,” announced WAVVES early into a raucous set at the Belasco. The San Diego-based band confirmed it would be recording the followup to last year’s You’re Welcome once the co-headlining tour with Beach Fossils concluded. The noisy, punk sounds of Wavves inspired plenty of moshing and crowd surfing within the downtown dance club.

Beach Fossils arrived to the stage in appropriately cheeky style, introduced by a video parody of Saturday Night Live‘s iconic opening credits sequence. The Brooklyn band’s hazy hour of dream pop thrilled fans who sang along to every word.

Spiritual Cramp’s opening set highlighted the band’s frenetic energy, that ended with a tambourine being crushed to pieces.

FUCKED UP + BIG BUSINESS @ THE...
GØGGS @ THE ECHOPLEX