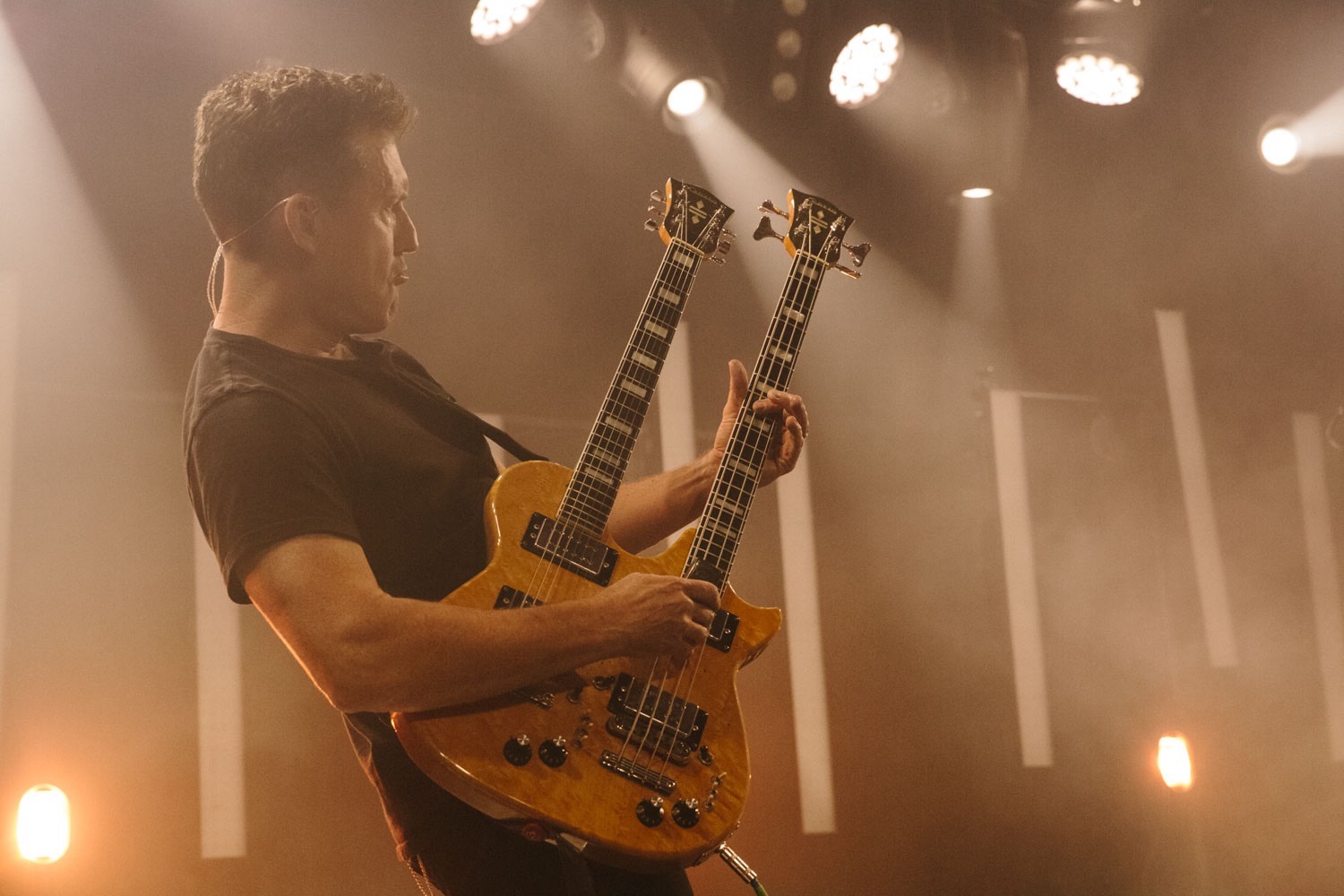 Supporting their 10th album Banker’s Hill, the dynamic duo of El Ten Eleven stopped by The Teragram Ballroom as fans watched in awe as Kristian Dunn and Tim Fogarty composed soundtrack-worthy music right in front of their eyes and ears.

Dunn displayed his tremendous aptitude for looping sounds created by his numerous pedal effects and exotic instruments, while Fogarty kept us grooving with his dynamic drumming. Dunn played an impromptu bass solo during “Three and a Half Feet High and Rising” because Fogarty’s drum machine died–which happens sometimes with all intricate setups. Fortunately the sound tech resurrected the uncooperative machine and the rest of the show went on without a hitch. Towards the end of the show special guess Morgan Kibby (formerly of M83) sang vocals on “Unusable Love” and another song they wrote the day before. They wrapped up the show with the thunderous and heat pumping “Connie.”

LA’s Tennis System with Matty Taylor being the constant member opened up the show with a bunch of tunes off their new album PAIN, including the dreamy and moody “C O M I N G D O W N.”