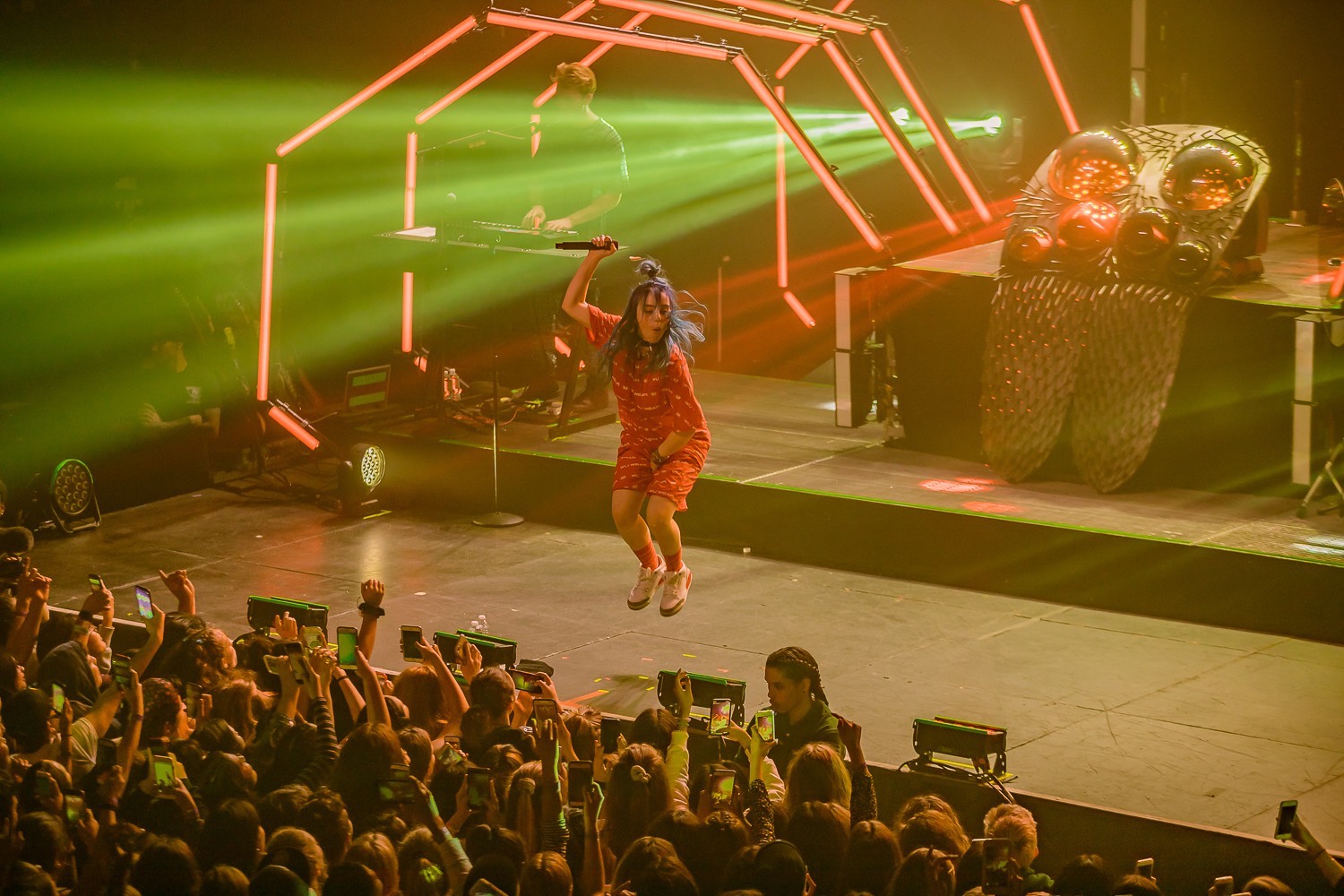 Not many were there for Billie Eilish‘s first show ever at The Hi Hat in 2016 in her Highland Park neighborhood, but there were plenty in attendance at the two sold out shows at The Fonda this week with a third sold out show tonight.

On Thanksgiving eve, Eilish’s dedicated fans tried to get as close as possible to the stage to be near the vocalist who is their age or close to 16 (Yes, 16). Eilish is a force on stage with her powerful vocals, constant engagement with the crowd and dance moves. Don’t put her in the pop box–she’s doing her own thing and doing it well. Her brother Finneas is a significant part of her life and a talent in his own right. He not only plays in her band, he is producing her debut album, which should be released at any moment. Eilish will soon be on tour with Florence and The Machine.

Finneas opened the show with Childish Major following, getting the crowd even more amped up for Billie Eilish.