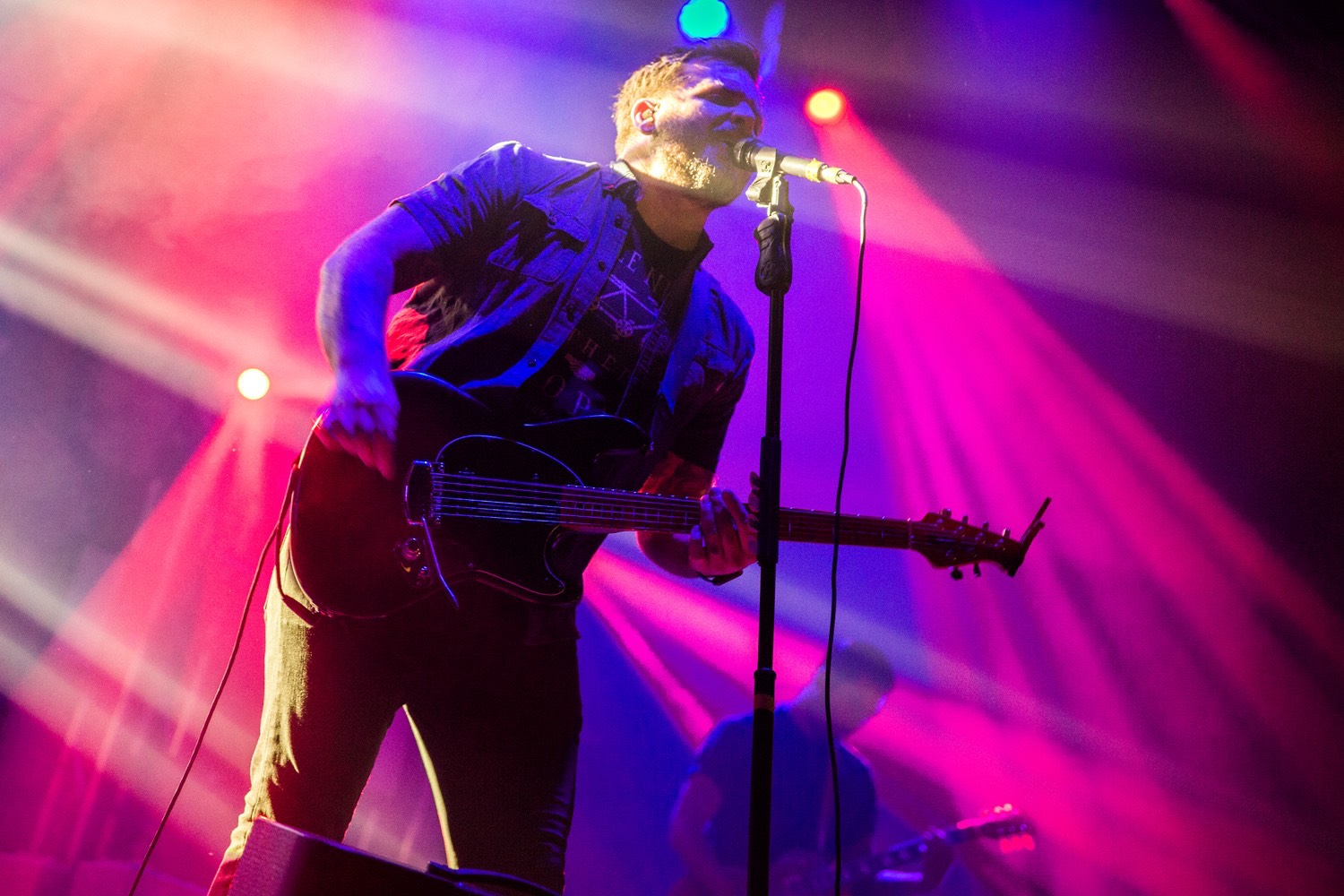 Orange County’s Thrice headlined a sold out show at the House of Blues Anaheim, filling the venue to the brim with passionate fans singing along to every word by frontman Dustin Kensrue. Having a much better time than the last show when Kensrue revealed he had mono, the seminal post-hardcore band delivered a relentless setlist of favorites and new songs off the latest release, Palms.

Teenage Wrist opened the night, followed by L.A. punks The Bronx. Led by Matt Caughthran, the band provided a jolt of energy as he jumped into the crowd to get people up on their feet and moving.

SETLIST:
Only Us
Image of the Invisible
The Artist in the Ambulance
Hurricane
A Branch in the River
Red Sky
Black Honey
Daedalus
The Grey
Anthology
Firebreather
The Dark
In Exile
Beggars
Hold Up a Light
Stare At the Sun
Paper Tigers
The Long Defeat
Beyond the Pines

Encore:
Deadbolt
To Awake and Avenge the Dead