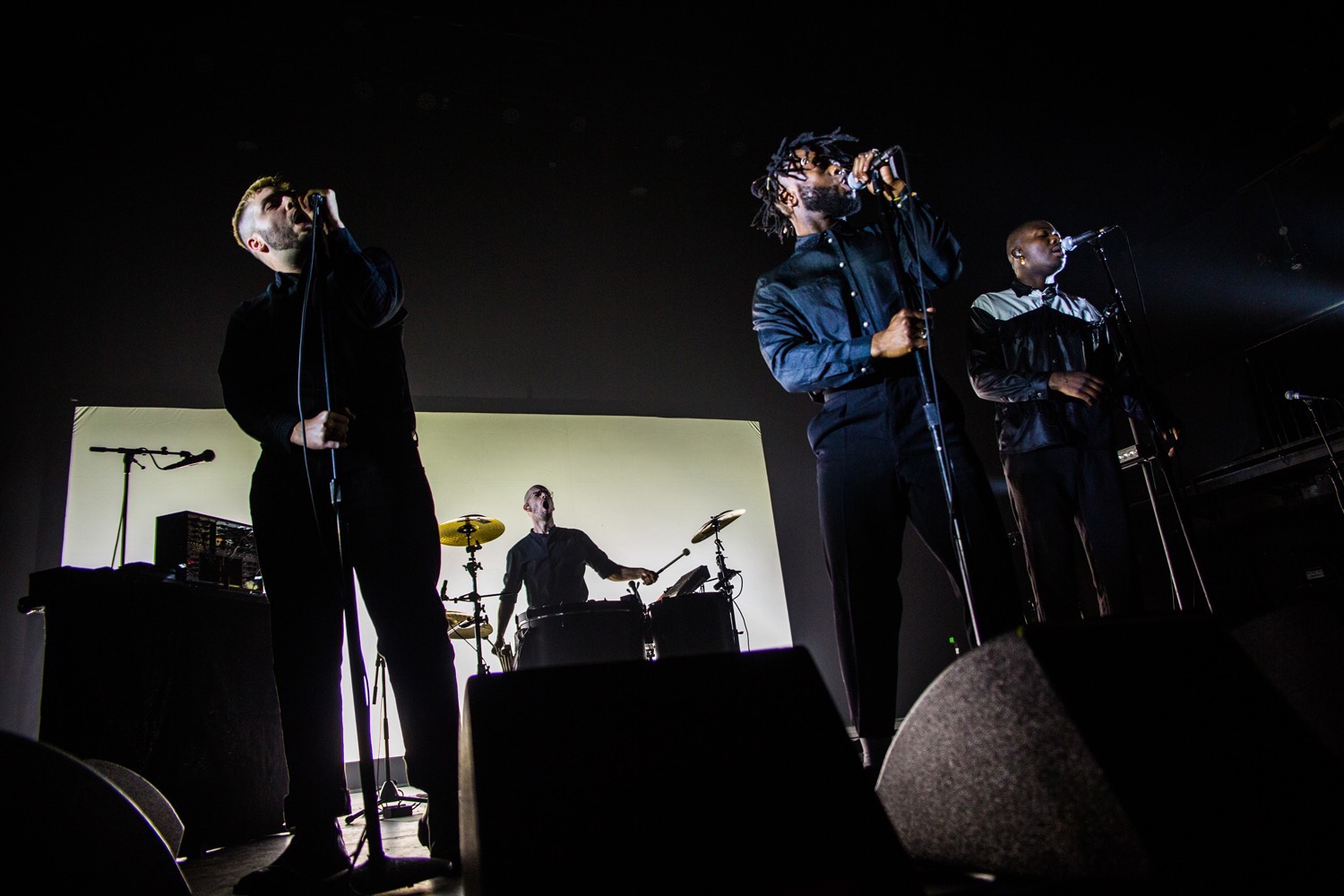 Although Young Fathers are currently on tour in support of their third album Cocoa Sugar, the band has only recently been attracting increased attention stateside, from their set at the Hollywood Bowl earlier this year to contributing songs to Danny Boyle’s T2: Trainspotting soundtrack and having their single “Toy” featured in an Apple Watch commercial. Evident by the packed crowd at the Fonda Theatre, more and more people are taking notice of the Scottish trio, whose set tonight nearly spanned their entire catalog, rewarding those who have been following them since the Tape One EP. 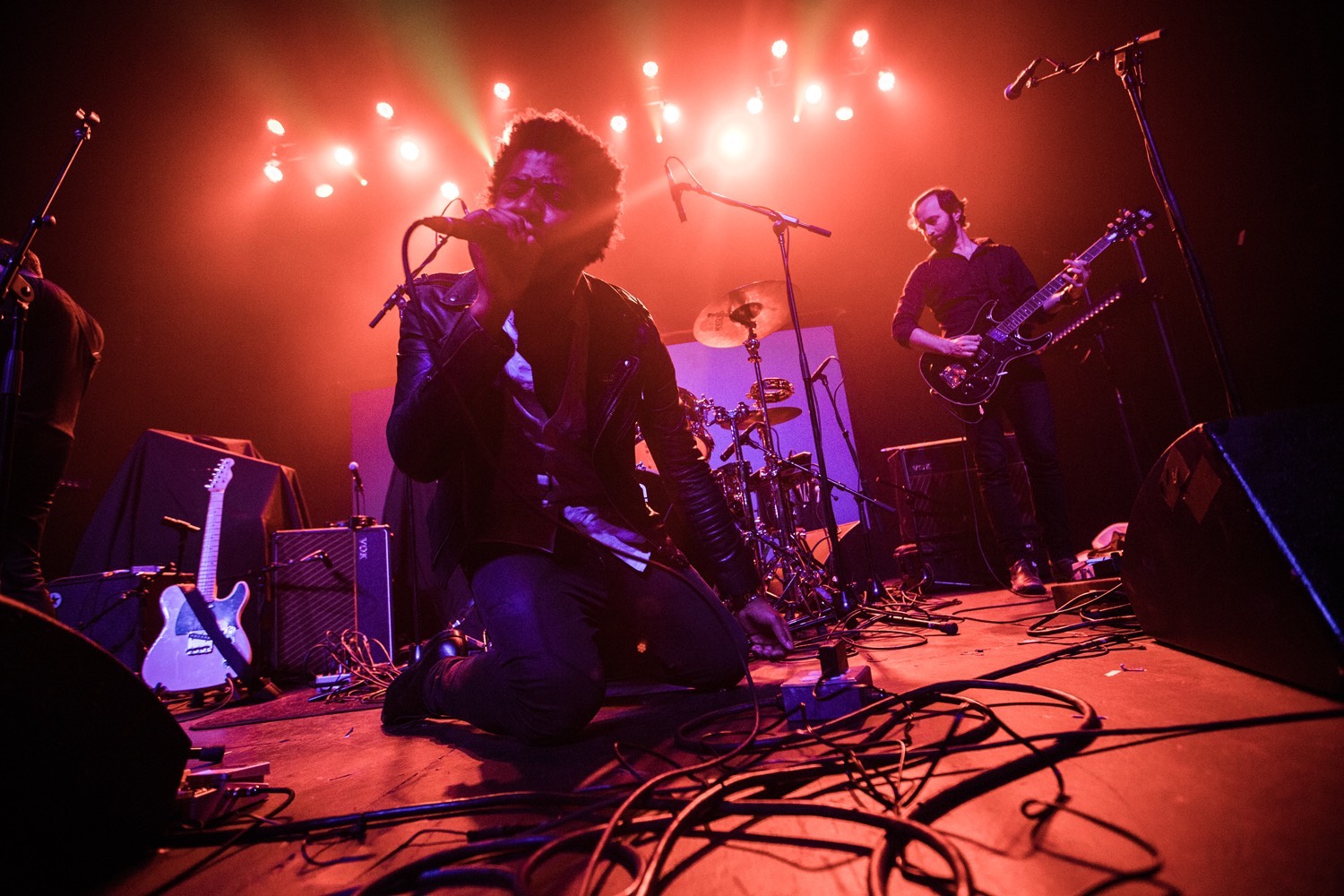 Atlanta, Georgia’s Algiers opened the show, beginning the night with their theatrical and electrifying stage presence. From the passionate vocals of singer Franklin James Fisher to the frenetic movements of multi-instrumentalist Ryan Mahan and the energetic drumming of former Bloc Partier Matt Tong, those who arrived to the Hollywood venue early were rewarded with an entertaining, albeit short, performance. Fisher alluded to the recent midterms—in which Georgia is rocked by a contested gubernatorial race—and dedicated a song to “those who are sad or disappointed that the country is still red.” He later concluded, “Peace to you … if you’re willing to fight for it.”

When Young Fathers’ Alloysious Massaquoi, Kayus Bankole, and Graham Hastings arrived on stage, we all cheered with anticipation. The speakers played the audio “What a time to be alive” as an introduction to “Wire,” whose propulsive beats quickly turned the venue into a makeshift dance club. The insistent pace continued with the Tape Two rap number “Queen Is Dead,” the steady buildup of White Men Are Black Men Too’s “Feasting,” and the Cocoa Sugar standout “Toy.” The night also occasionally switched gears, becoming soulful and melodic with such songs as “I Heard” and “Lord.” 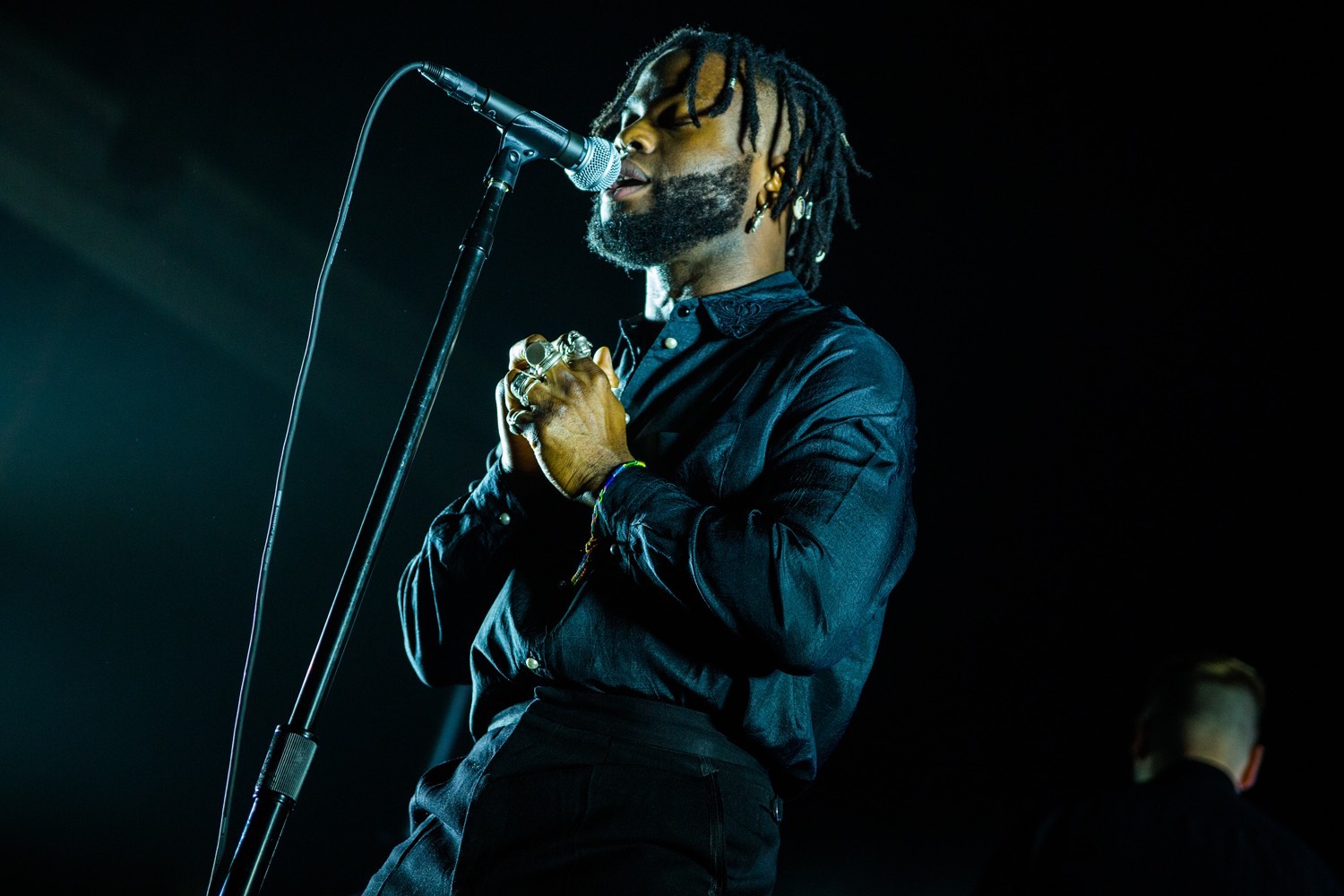 The musical interplay among Massaquoi, Bankole, and Hastings was highlighted during such songs as “Old Rock n Roll”: Hastings began the call-and-response with the audience; Bankole yelled the opening line, “For fuck’s sake”; and Massaquoi sang the lyrics, which was interspersed with Bankole’s backup vocals.

As the show neared its conclusion, Massaquoi explained, “This is the point of the show where a band usually walks off as if that’s the last song. Do you want us to do that?” We responded with loud cries of “Noooo.” One fan yelled, “Kayus, you sexy bastard!” To which he answered, “Who’s that?” and then added jokingly, “I’ll see you later.” Massaquoi turned back to the matter at hand: “Do you want us just to do a song then?” The night ended with the catchy rhythms of “Shame,” with everyone moving along to the beats. Despite Young Fathers keeping the dialogue to a minimum and focusing mainly on the music, however, the night still felt a tad too short.

In a recent L.A. Record interview, Massaquoi had said that he wanted Young Fathers to be “as big as possible. I just want the masses to come around to our stuff. To be in a line with the Beyonces, the Kanyes.” It seems that the masses are growing … quite steadily, in fact.