THE THE @ THE HOLLYWOOD PALLADIUM 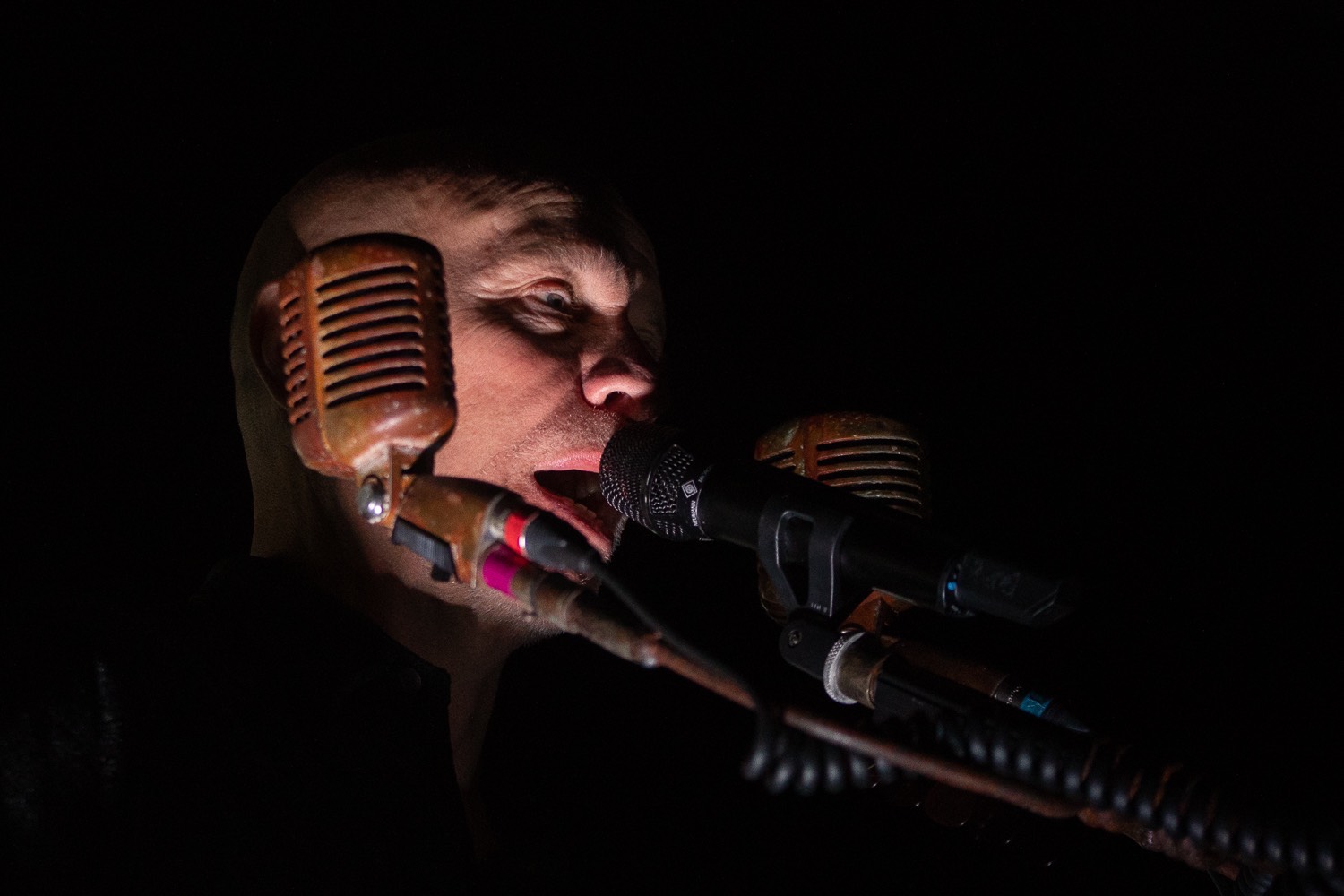 The The @ The Hollywood Palladium

It has been 18 long years since The The has graced us with its presence in North America. But the North remembers. The English band’s Comeback Special received a warm welcome with so many longing to hear songs from albums such as Infected and Dusk.

The The’s constant member and frontman is talented Matt Johnson. Word was out that Johnson was not feeling well at the show at The Ford the evening beforehand and didn’t make sound check for the Palladium show. However, no one would ever have known as his vocals and demeanor were anything but unhealthy. On the contrary, Johnson was quite the consummate professional. On tour with Johnson is Barrie (Little Barrie) Cadogan on lead guitar, DC Collard on keyboards/melodica, James Eller on bass guitar and Earl Harvin on drums.

During the first part of the set, Johnson made a point of letting us know they are old school up on stage without computerized equipment and wanted us to be a little old school by not using cell phones. The entire floor complied. Johnson also mentioned he hasn’t been to Los Angeles for awhile and he’s noticed a lot of old buildings are no longer here.

There were “love” songs and “lust” songs. There were film clips of yesteryear projected behind the band during the show as we realized we still are “The Beat(en) Generation.”

BECK @ THE HOLLYWOOD BOWL
FLORENCE AND THE MACHINE + KAM...