NOTHING + CULTURE ABUSE @ THE REGENT 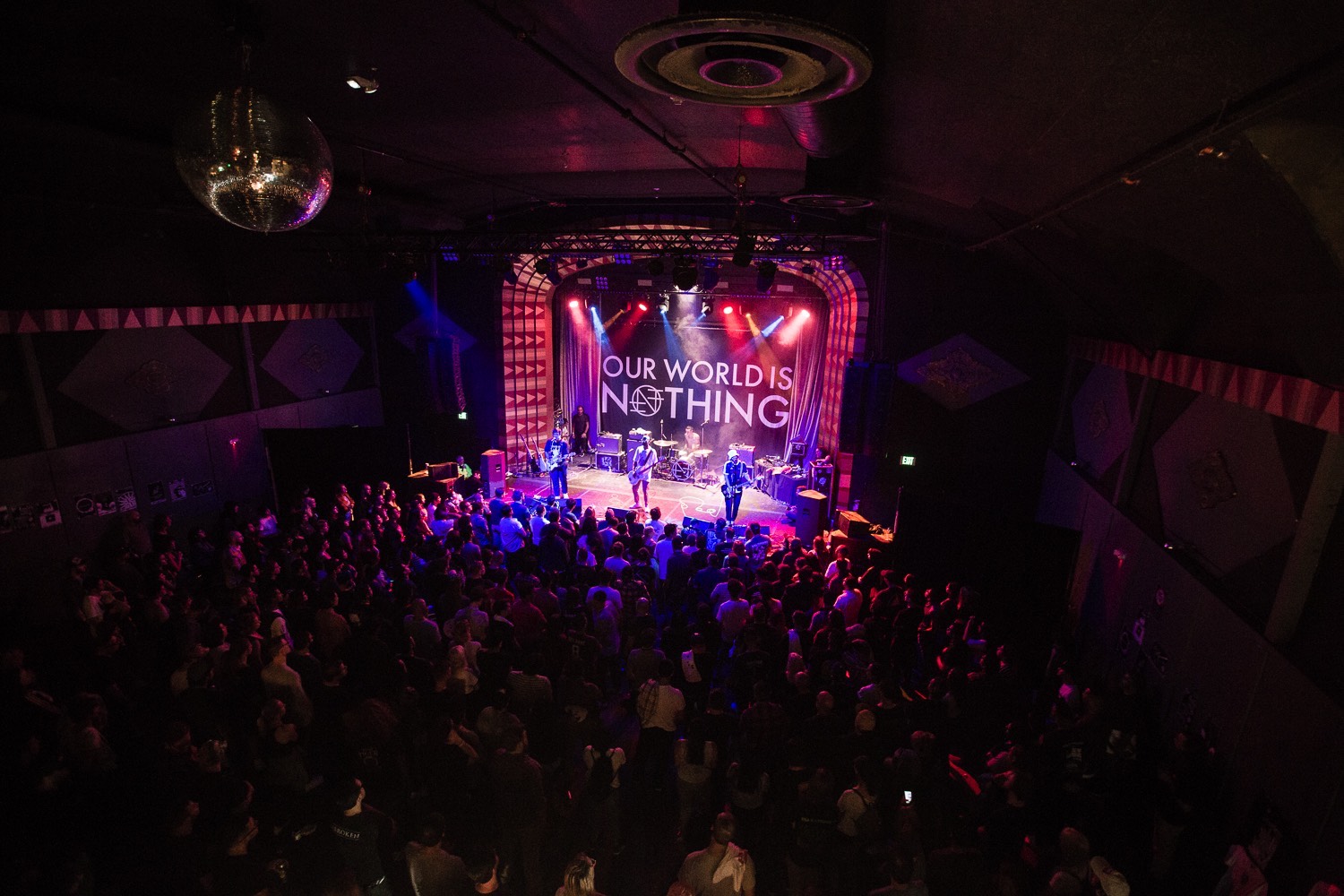 Philly outfit, Nothing made a long awaited return to Los Angeles in promotion of their latest effort Dance on the Blacktop. “It feels so long since I’ve been here,” frontman Domenic “Nicky” Palermo said. “It’s nice to be back and I’m glad that everyone came back to see us again–give yourself a round of applause for doing that.”

Performing in front of a large banner that read “Our World is Nothing,” friends and fans alike gathered closely around the stage of The Regent to hear some of their favorite songs.

Palermo knelt down to sing along with the fans as his good friend, guitarist Bobb Bruno of Best Coast, made a guest appearance on “Vertigo Flowers.” “Nothing is more impressive to me than this man’s guitar playing,” Palermo said.

The tour’s setlist thus far has been compiled of songs spanning over their three innovative records. Kicking off the evening with “Zero Day,” the first single from Dance on the Blacktop, the foursome delved into other jams like “B&E,” “A.C.D,” “I Hate the Flowers” and “Bent Nail.”

Later in the evening, Palermo gave a heartfelt speech while dedicating “The Carpenter’s Son” to fallen friend, Sammy Winston, “I say the same shit every night and it starts to lose its authenticity, but this next song means quite a deal to me, and I’m sure a lot of people can relate to it about losing people in an untimely fashion–very unexpectedly. Just hold on to your friends and your loved ones as long as you can, cause this shit can happen real fast, and there’s no way of getting them back–this goes out to anybody who has lost anybody.”

Hopefully, Nothing will be back soon. 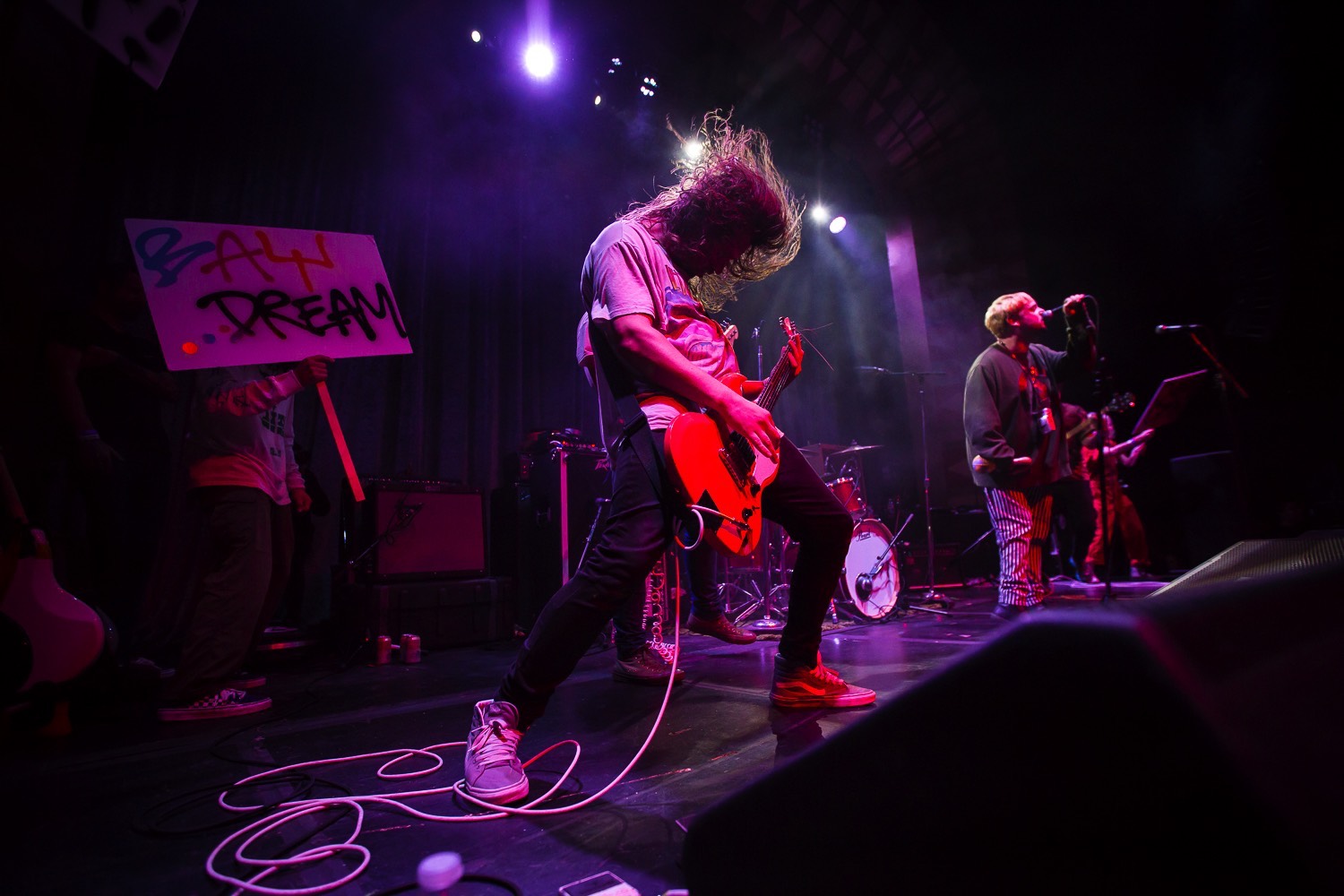 Bay City rockers Culture Abuse are always amped and ready to bring the party wherever they may be. The band showed up on stage with an entourage holding up signs that read “Culture City” and their sophomore album’s title Bay Dream.

Fans sang, jumped around on and off stage as Culture Abuse played a compilation of songs from both Peach and Bay Dreams such as “Calm E,” “Bee Kind to the Bugs,” “Chinatown” and “So Busted.”

Cincinnati quintet, Smut helped kick things into gear for the evening just prior to Culture Abuse. Not to be confused with the LA-based punk outfit, Smut, who defines their sound as “noise pop for the people,” is comprised of Tay Roebuck, Andrew Min, Sam Ruschman, Bell Cenower and Harold Bon.

We started off the evening with Seattle-based band Big Bite, who delivered an impressive grunge-punk filled set. The group released a self-titled debut album, also comprised of eight tracks earlier this year has a running time of about 22 minutes, a proper tease leaving the listener wanting more.

THE CHARLATANS + THE WINACHI T...
PATHWAY TO PARIS @ THE THEATRE...