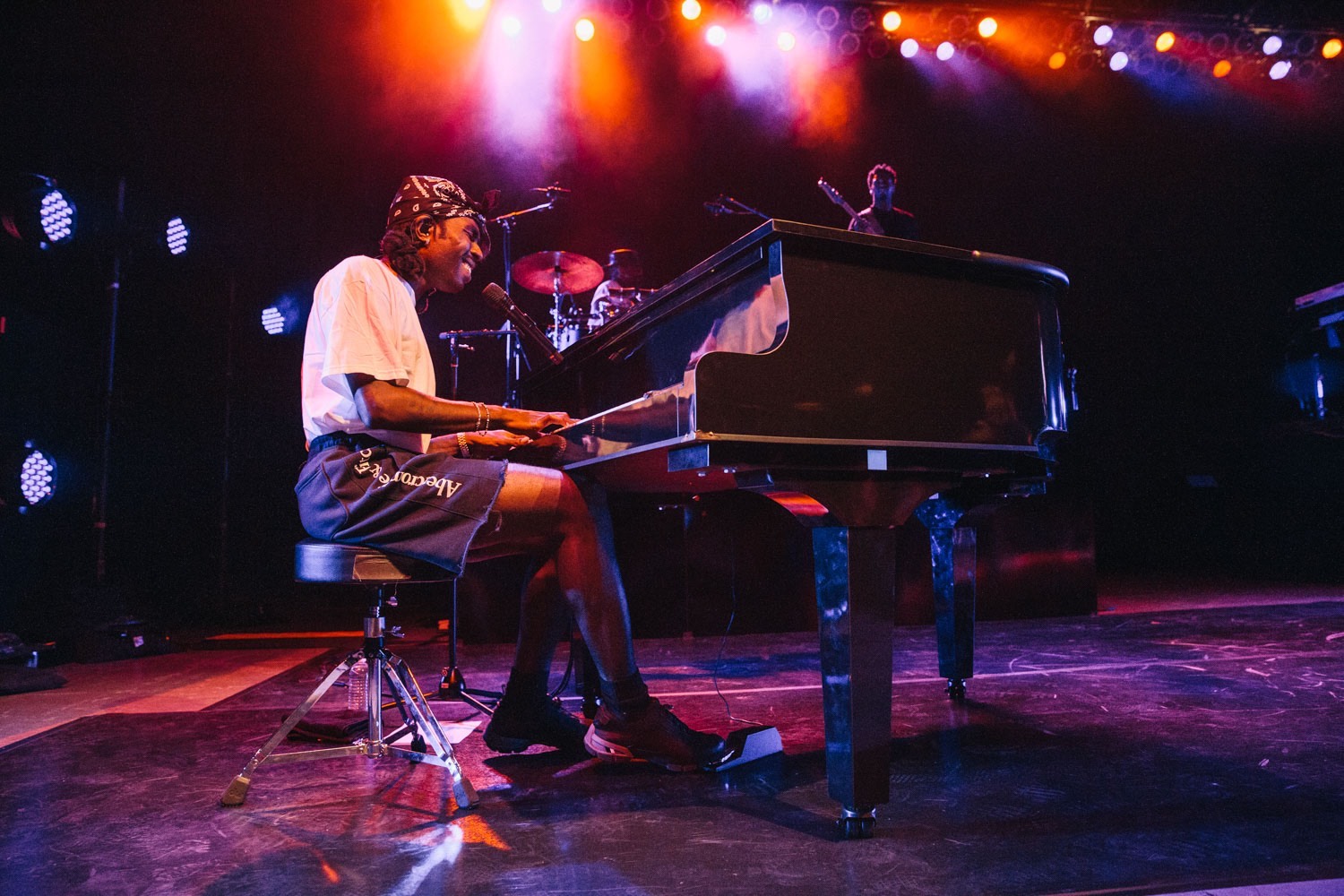 While performing a packed show at The Greek Theatre, multi-talented artist Dev Hynes AKA Blood Orange reminisced about the early days of playing in L.A.

“Thank you so much! This is really fucking crazy. I should say that before I leave. This is crazy–The first Blood Orange show in L.A. was like next to a pool–a hotel pool. If anyone was there–there was like five people there so I don’t think, I don’t know–it was weird. This is crazy. This is way weirder and amazing and I really appreciate it so much, so thank you.”

Last month Hynes released his fourth studio album Negro Swan with songs like the dreamy funk tune “Charcoal Baby” and the super vibey “Saint.” Hynes’ performance was spectacular to watch as he switched effortlessly between the piano and guitar all while singing and keeping in time with his bandmates. This illustrates why he’s such an in-demand collaborator with the likes of Solange Knowles and Florence Welch.

Empress Of and MadeinTYO warmed up the early crowd.

THE NATIONAL + PHOEBE BRIDGERS...
THE CHARLATANS + THE WINACHI T...