PATHWAY TO PARIS @ THE THEATRE AT ACE HOTEL 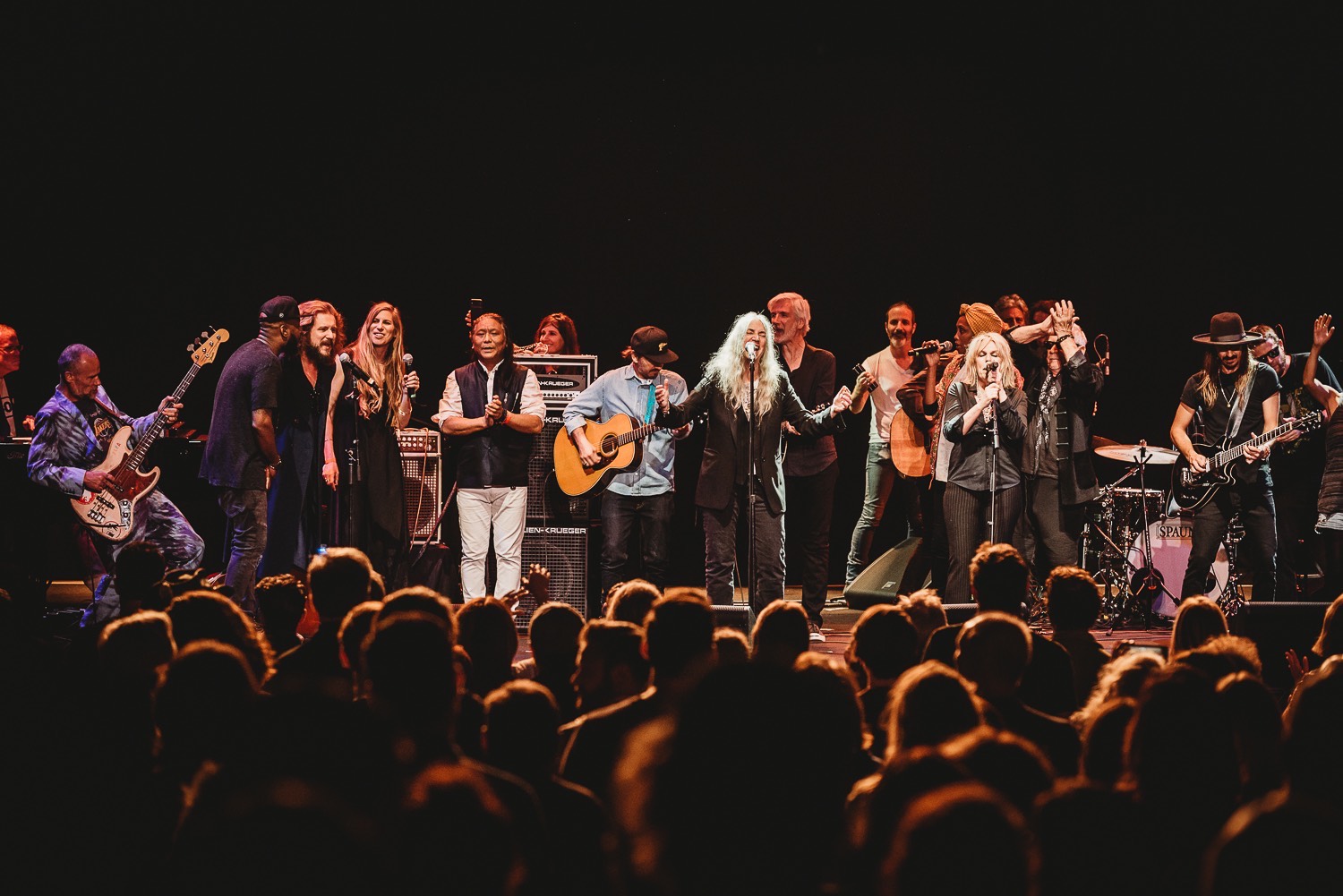 An all-star cast of artists came together at The Theatre at Ace Hotel on Sunday night in support of Pathway to Paris, an organization dedicated to raising consciousness surrounding the urgency of climate action and offering solutions to turning the Paris Agreement into action. Founded by Rebecca Foon and Jesse Paris Smith, Sunday’s Pathway to Paris show came during the close of the Global Climate Action Summit in San Francisco where leaders and activists came together to celebrate the actions taken toward climate action and convene on what still needs to be done to eventually reduce and eliminate global emissions.

The night was hosted by Noon and Smith, Smith’s mother Patti Smith, and skateboard legend Tony Hawk. French singer Imany opened the night, who was followed by Dhani Harrison and Jim James. The duo played the George Harrison song “Run of the Mill” off of Harrison’s All Things Must Pass, which Harrison let us know had never previously been played live by anyone. James then went on to play two songs solo, “Over and Over,” and “Here In Spirit.”

Next up was Red Hot Chili Peppers bassist Flea, who used looping to create a sonically charged call to action using only bass guitar and trumpet. 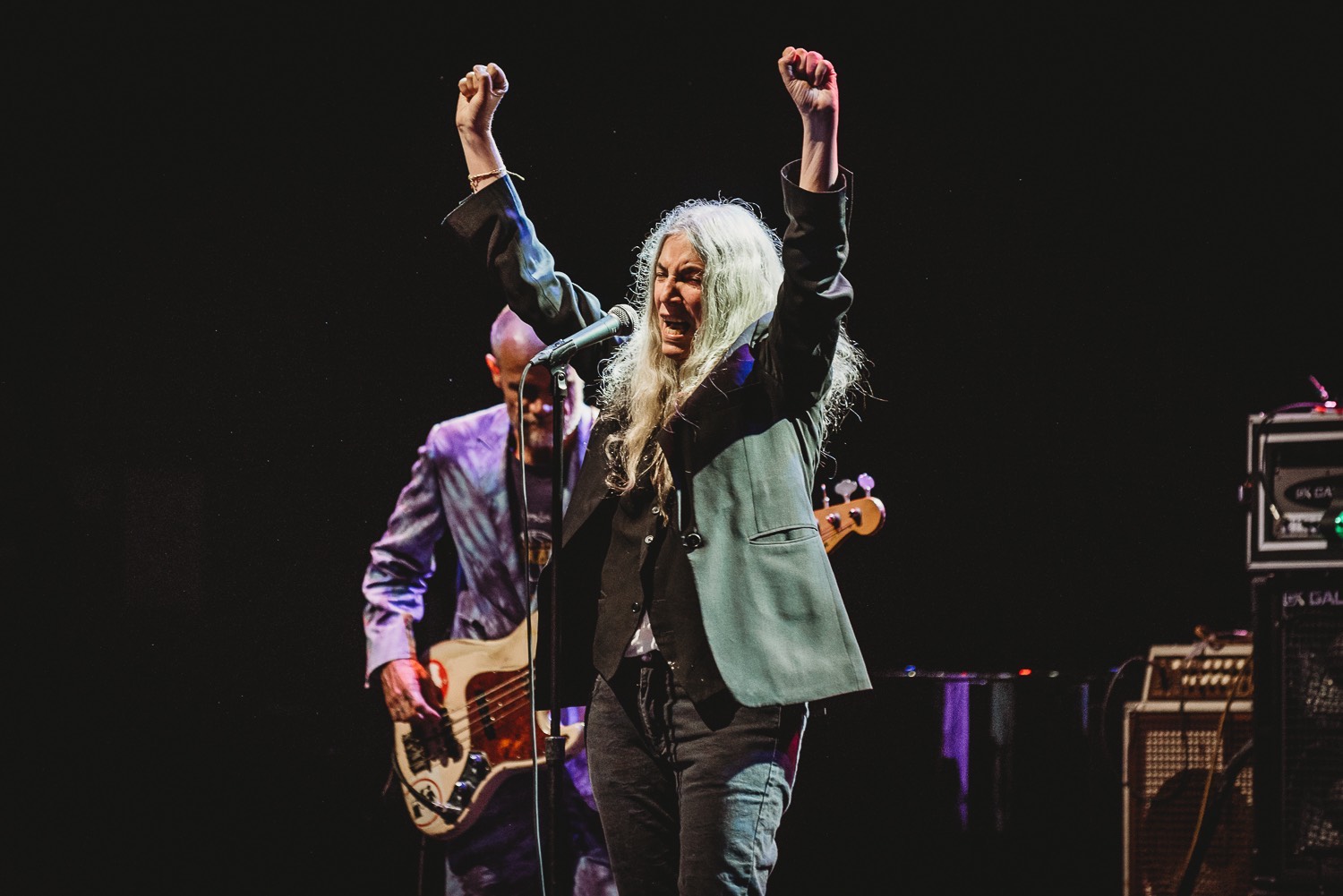 “Sometimes when lightning strikes a power line the transformer will explode,” said James as he introduced Karen O. The Yeah Yeah Yeahs front woman played a couple of songs off the Where The Wild Things Are, including a cover of the Daniel Johnston song “Worried Shoes.”

Karen O was followed by a break in the music for a short presentation by environmentalist and 350.org founder Bill McKibbon, who showed video of melting glaciers from a recent trip to Greenland and urged and the audience to write letters to policy makers on postcards left under the seats of the theatre. Foon and Smith then joined Tibetan instrumentalist and vocalist Tenzin Choegyal for a powerful reading of a letter written for the event by The Dalai Lama himself.

Lucinda Williams, Eric Burdon of The Animals, and Talib Kweli followed with their own diverse sets of politically charged, protest-centric material.

The final performance of the night came from Patti Smith, who was joined by Flea for her set of three songs including “Peaceable Kingdom,” “Dancing Barefoot” and “Pissing in a River.” After a short video promoting Pathway to Paris and encouraging people to get involved in climate action, the entire set of the night’s performances took the stage of a group performance of Smith’s “The People Have The Power.”