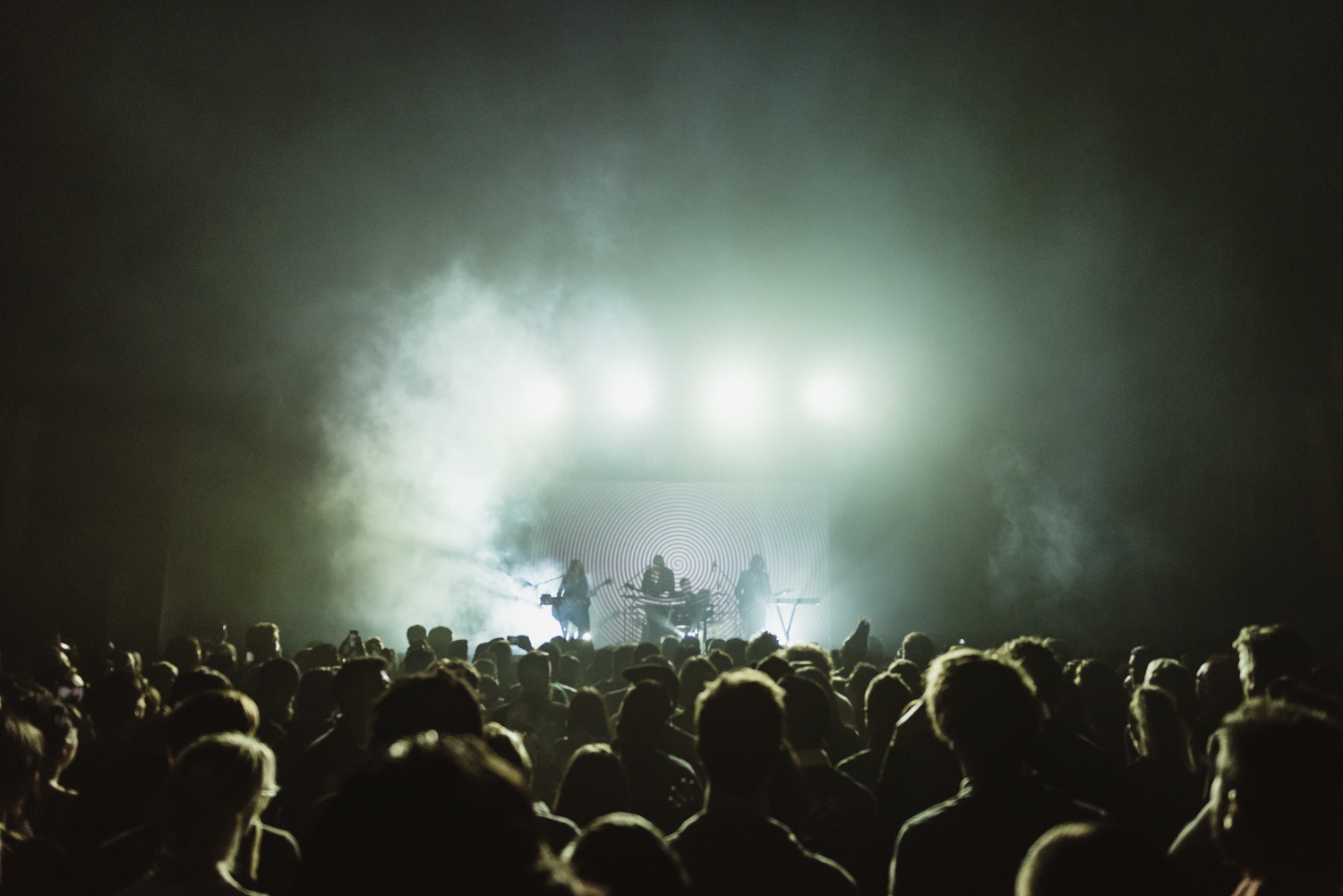 Dark wave duo Cold Cave wrapped up their month-long North American tour last evening at the Fonda Theatre. In true fashion, Wesley Eisold and Amy Lee graced the stage head to toe in black attire while a series of appropriately configured dark projections of flying bats and distorted imagery played amongst the backdrop. Cold Cave perform as a four-piece act with the two sole entities being Eisold and his wife Lee.

It was no surprise the venue became packed as the evening drew closer to Cold Cave taking the stage. Being the loudest of the three bands that played last evening, it only seemed appropriate to have all synths on full blast for a proper end to an epic tour.

It seemed as if everyone in LA congregated to come out for an evening full of dark wave synth pop. Scanning the room, it was easy to recognize members of several LA based bands in attendance amongst fans and friends.

The dynamic duo released a four song EP You & Me & Infinity earlier this year which was included in its entirety as part of their 15-song set. Kicking off the evening with “My Heart is Immortal,” the last track on the E.P., Cold Cave delved into a set comprised of bangers from every previous efforts released. As the night progressed, we danced along to crowd favorites like “People are Poison,” “Confetti,” “The Great Pan is Dead” and “Underworld U.S.A.”

Cold Cave closed out the night with “Icons of Summer” from Cherish the Light Years. 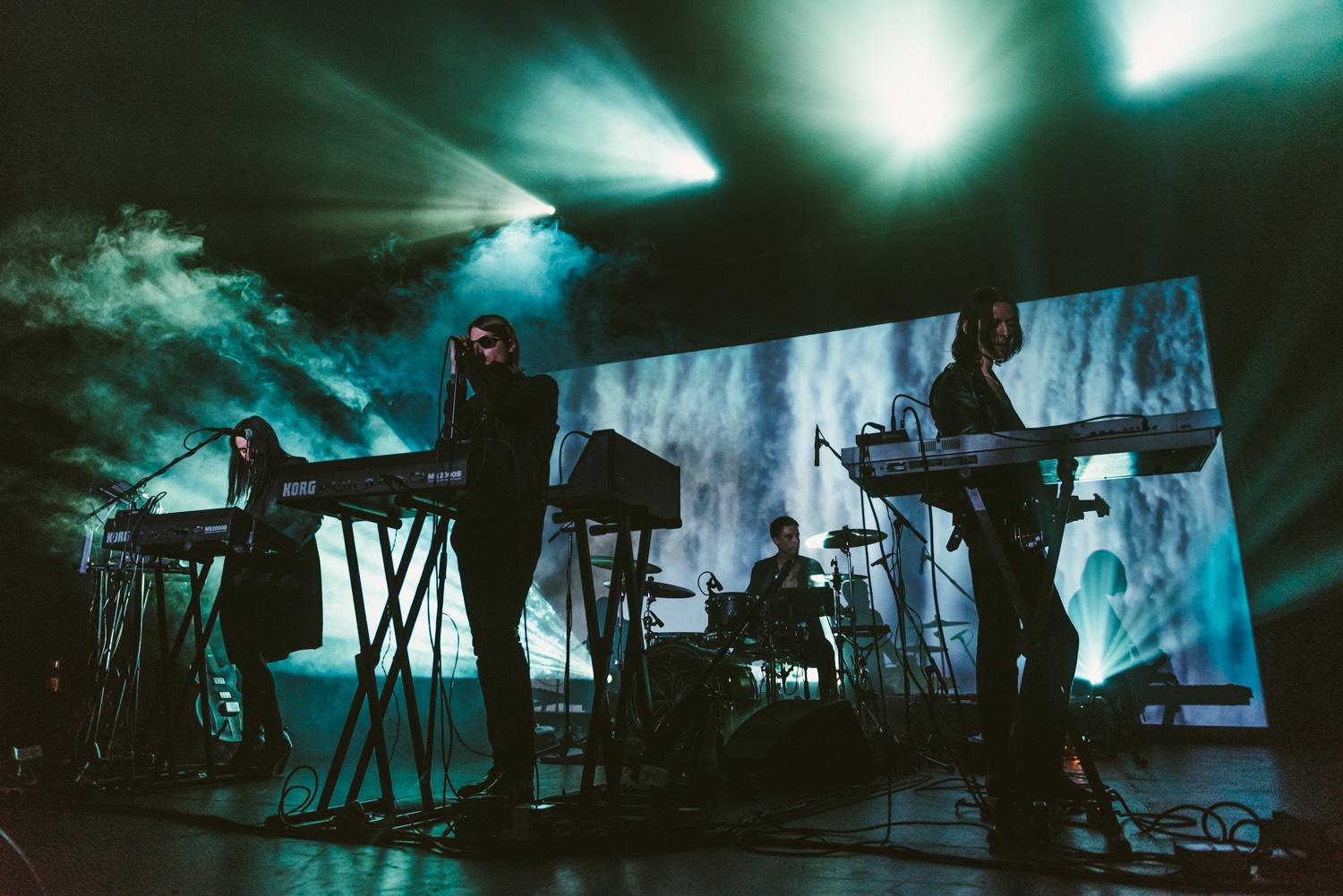 Black Marble served as direct support for the second year in a row for Cold Cave. The two bands toured together previously early last year.

The Brooklyn duo released their last album It’s Immortal in 2016 and seemed to play a set solely dedicated to later and possibly newer material. It was surprising that we didn’t hear popular tracks like “Cruel Summer,” “A Great Design,” or “UK” from A Different Arrangement.

While we may not have heard many of the songs we would have liked to hear, the crowd danced around and were receptive and immersed into the heavy synth and bass-backed tracks all accompanied by colourful interchanging lights.

Dais Records group Choir Boy has been doing a successful sweep at acquiring a largely dedicated fan base. Since their epic debut Team Love was released in 2016, the Salt Lake City four-piece has only seemed to grow more popular.

Choir Boy’s full-length Passive with Desire as well as their Part Time Punk sessions have left a long-lasting impression on music goers of all sorts as both releases have been widely recognized.