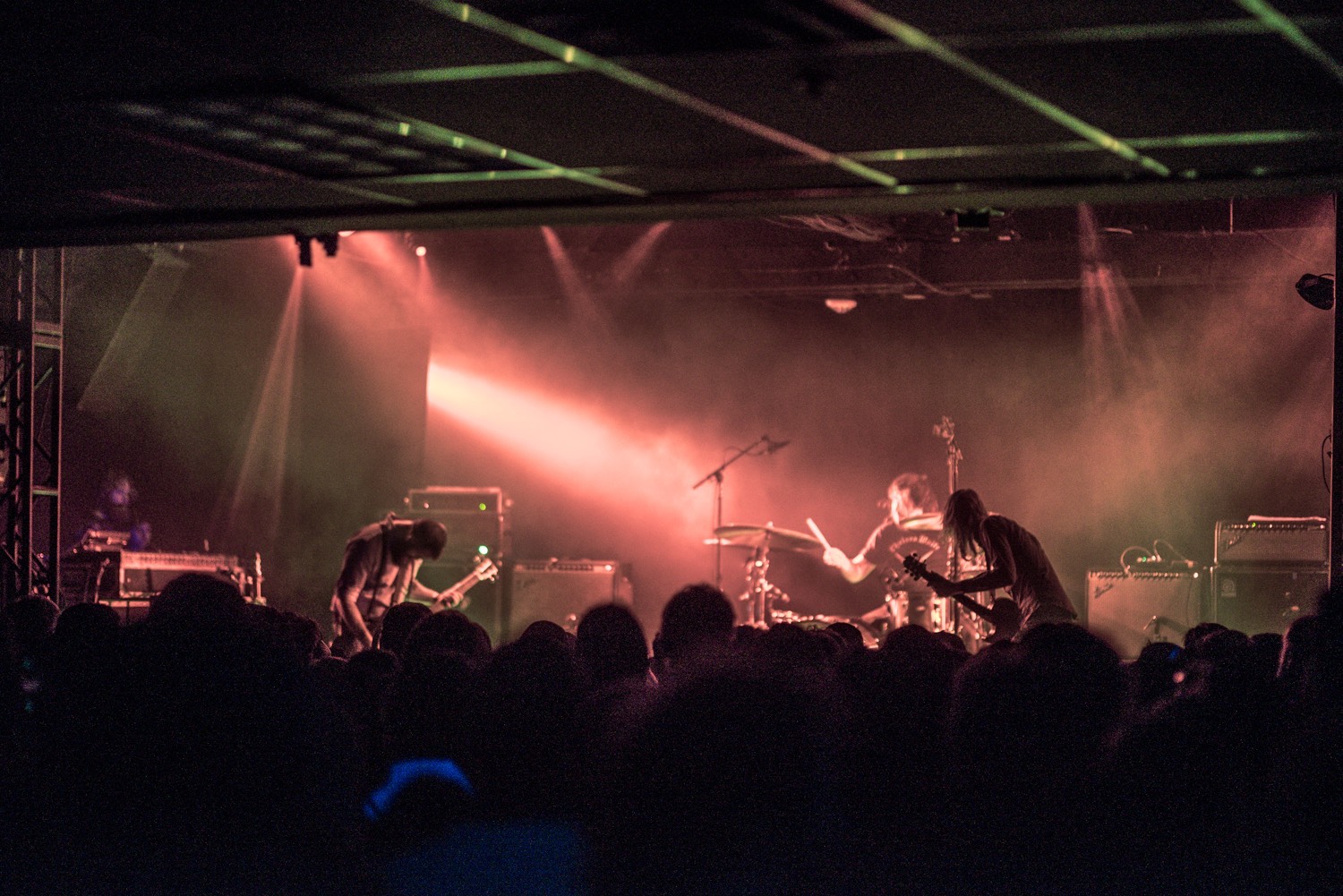 Emotional, poignant and thrilling are just a few words to describe what one experiences while at a Russian Circles’ show. The Chicago-based outfit are one of the most unique live shows to date due to their distinct sound, which is purely instrumental.

That being said, when Russian Circles comes to town, it’s already guaranteed to be a sold out show. To no surprise, it was very easy for them to hit full capacity at the Echoplex on a Tuesday night. 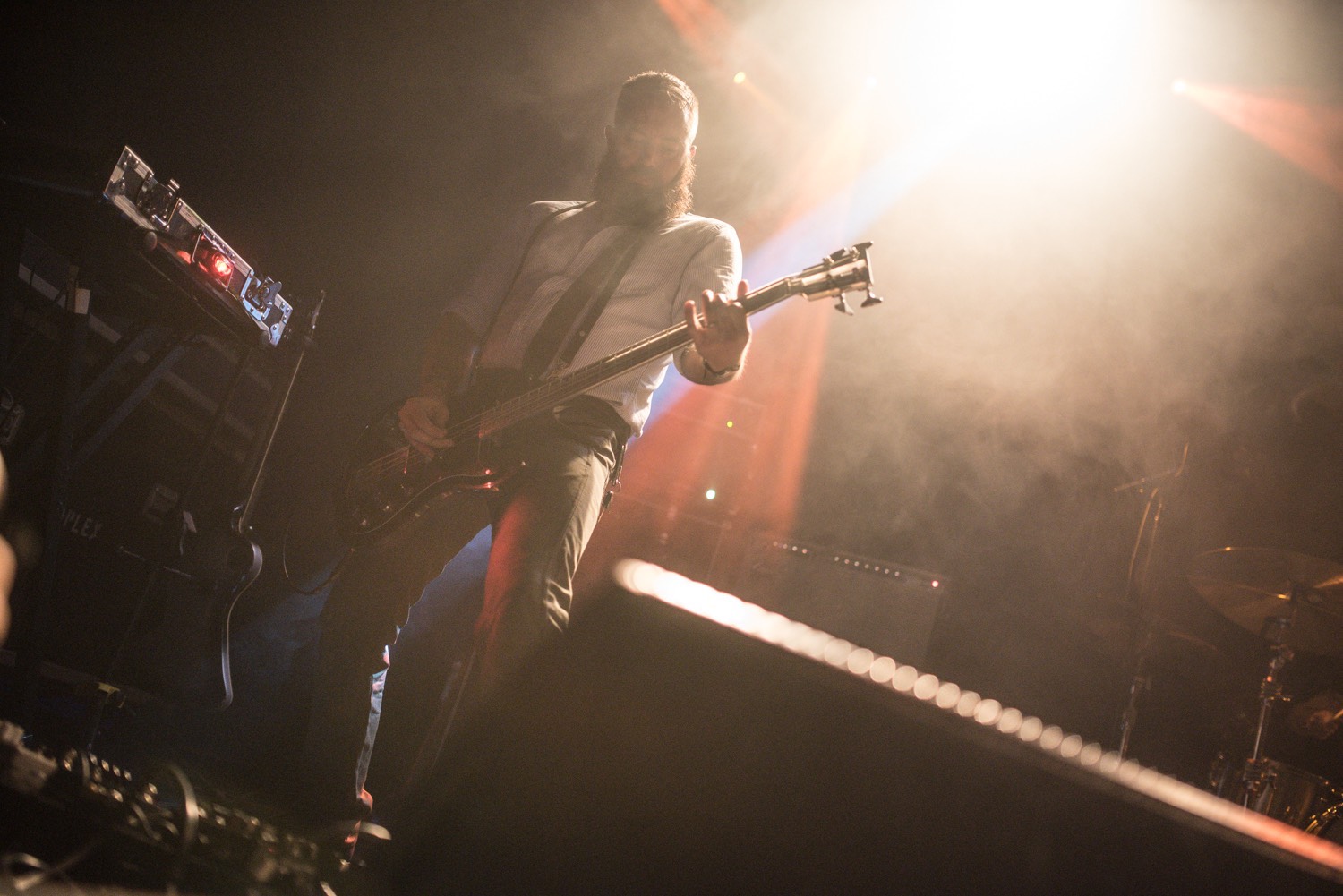 While there are other live acts on the scene that fall into the instrumental genre as well, what sets Russian Circles apart from their esteemed colleagues is their stimulating guitar-based arrangements that can change from somber to explosive in just moments. We stood quietly amongst one another as they listened to the impressive chord progression and reverberating instrumentals. The Echoplex seemed so serene throughout certain moments, that it seemed as if we were all apart of some sort of movement.

Russian Circles’ ability to evoke emotional instrumental rock music is nothing short of impressive. With melodic configurations that very easily send listeners on impassioned waves, the intensity and ferocity that is Russian Circles makes for a live show not to be missed.

Direct support on this tour comes from the esteemed foursome known as King Woman. The Bay-Area based band whom also shares management with Sargent House, have been storming the music scene over the last few years. Fronted by the ethereal Kristina Esfandiari (Miserable, Nghtcrwlr), there could not have been a more perfect match to share the stage with Russian Circles.

With the booming, unmatched vocal talents of Esfandiari, complimented by the instrumental skills of bandmates Colin Gallagher, Peter Arensdorf and Joey Raygoza, King Woman is unlike any other band in the scene. Entranced by the overall aura emitted throughout the evening, fans continually drew near to the stage as Esfandiari occasionally dropped to her knees to singing her sorrows hypnotically.

With lyrics derived of some of Esfandiari’s most vulnerable moments in life, accompanied by the doom-gaze aesthetic delivered by her killer backing band, watching King Woman live is an emotionally fulfilling experience and a force to be reckoned with.