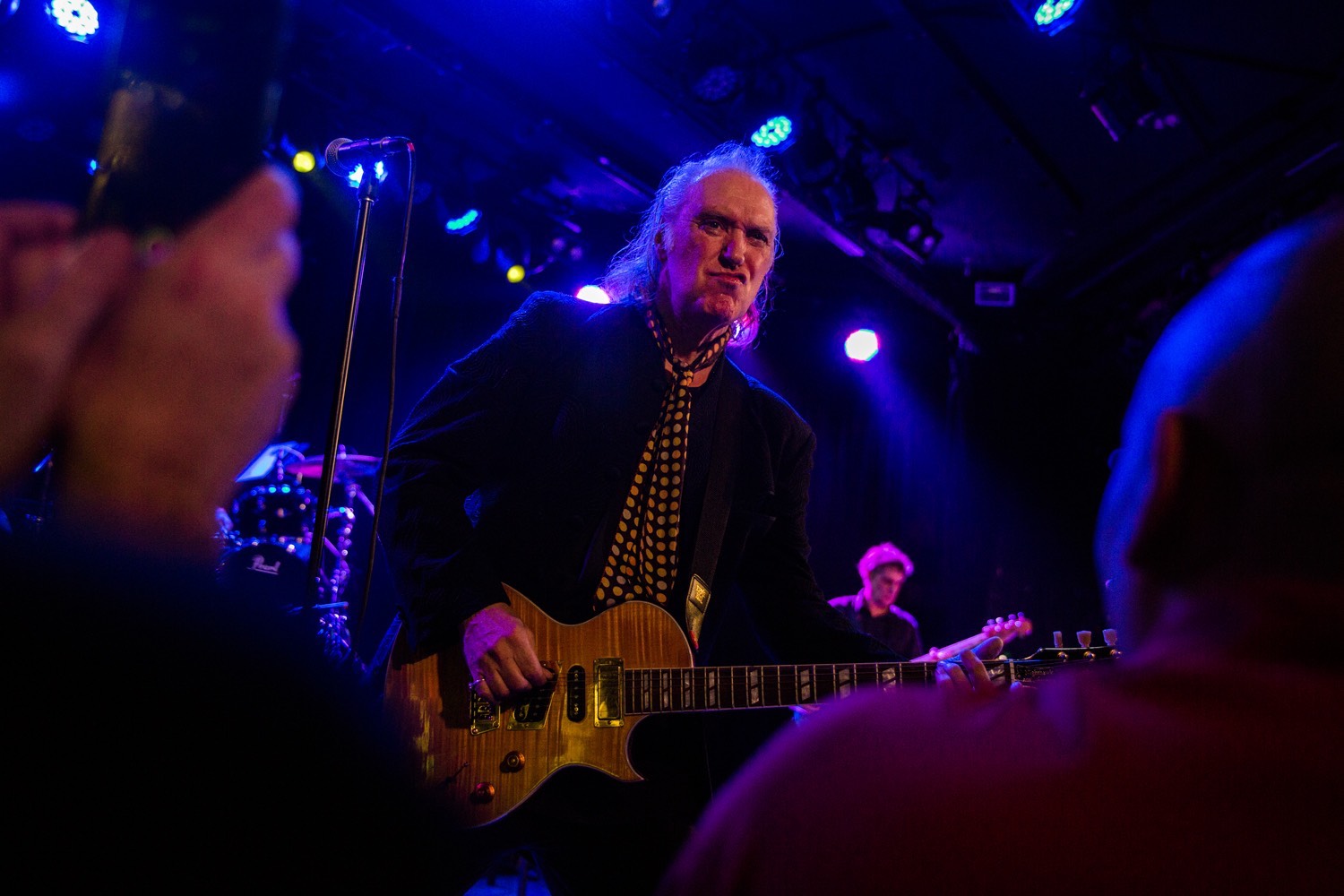 Since I’m reliably informed more than one prospective reader of L.A. Record might not know who Dave Davies is, I’ll elaborate –

You’ve heard of the Beatles? Back in the first mid-1960s heyday of U.K. rock and R&B the Fab Four spearheaded, there were three bands that mattered – the Beatles themselves, the Rolling Stones and The Kinks. All the others were afterthoughts, latecomers, downlisters, and purists. Well, this Dave Davies fellow was the Kinks’ lead guitarist for their entire 1964-1996 existence, his distinctive hard-punching distortion-heavy style (readily discernible on much-covered hits like “You Really Got Me,” “All Day and All of the Night,” and “Lola,”) laid down the rules for metal, punk, and grunge while the founding expositors of all three genres were majoring in thumbsucking and crib-wrecking. The Kinks also helped invent the concept album and their late-1970s punk-era comeback is one of the most astonishing in rock history.

For thirty or so years, Dave offloaded the fiery guitar parts on record and as well as adding greatly to the raucous fun during the Kinks’ long career as a live draw. His unaffectedly goofy pretty-boy nonchalance was of such a high order as to compete with charismatic matinee idol Ray, Dave’s older brother and the band’s frontman and principal songwriter. Imagine a hyper-creative multimedia version of Oasis with the Gallagher brothers hanging on for over thirty years and you pretty much know why the Kinks never reformed, despite all entreaties, lures, and bribes. The brothers each published famously witty and acrimonious memoirs. Hopes of a reunion between Ray and Dave arise in the press every few months, only to be shot down by one or the other sibling, though the two appeared onstage in London for one song late in 2015. 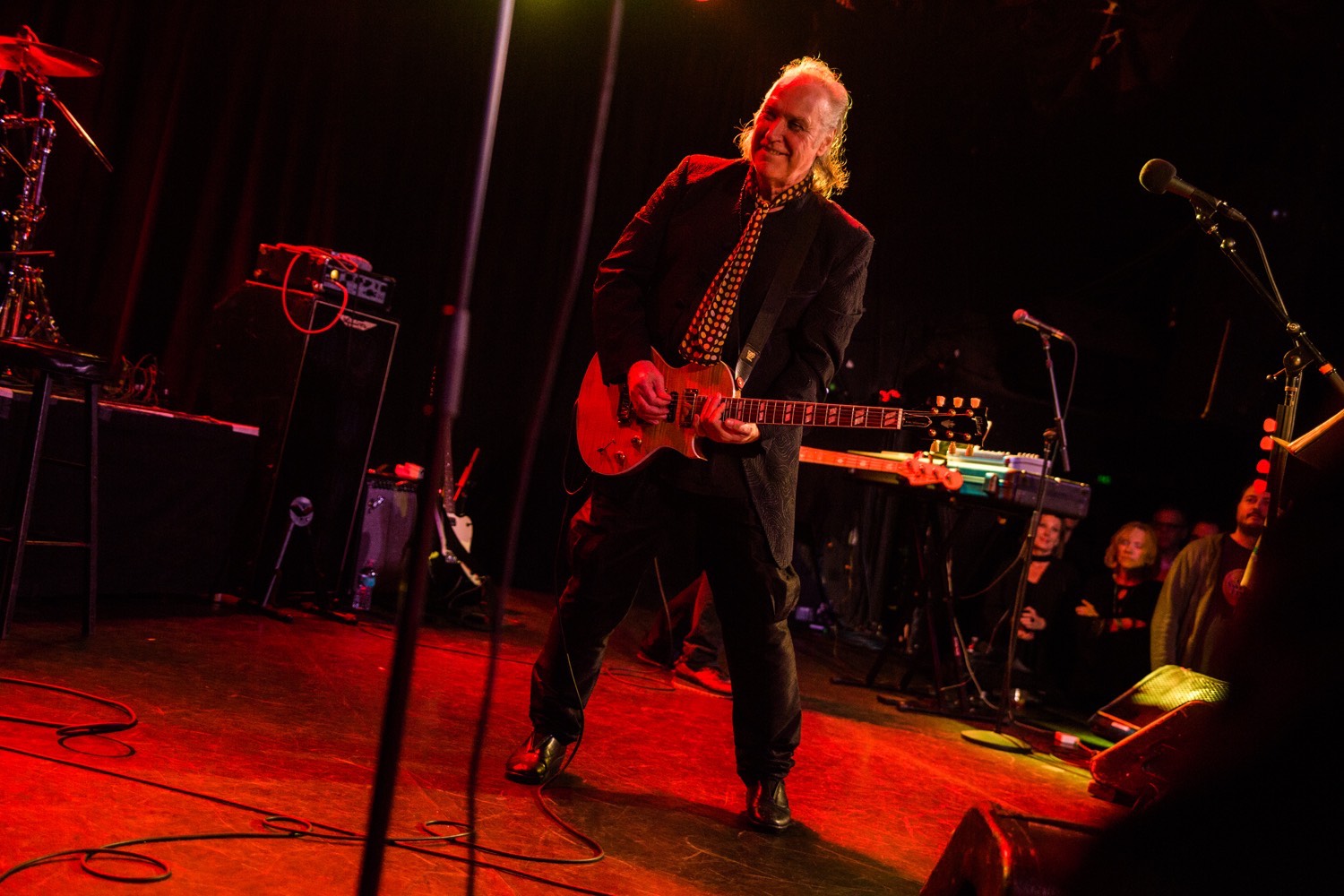 Ray is now Sir Raymond Douglas Davies (like nobody saw that coming) and records and tours with the Jayhawks. His Americana album last year was well-received. Brother Dave’s flashing fingers were always renowned but ongoing critical and public reconsideration of the Kinks discography has brought him increased respect for Dave-written tracks like “Strangers,” “Love Me Till the Sun Shines” and “Living on a Thin Line.” A well-received 2014 appearance on the Tonight Show also won Dave new fans.

Since Kinkophilia is as big a deal now as ever, the show at the Roxy was very nearly sold out. I passed the time until curtain trying to guess how many others there had seen the Kinks back in the day. Certainly not more than twenty percent, since first-gen Kinkophiles are chiefly recognizable nowadays by their white hairs, advanced knowledge of psychedelics, and general air of well-tailored whimsy. The median age here looked like it had signed Rock Against Racism petitions back in the day but this sample skewed younger because of a large number of wet-faced youngsters come to see a legend.

Eventually the lights went up and Dave, accompanied by two other musicians, took us on a boozy, sentimental tour through the Kinks’ catalogue, with a light emphasis on the Dave-written parts. There was a long exquisitely played psychedelic version of “See My Friends” dedicated to Kinks bassist Jim Rodford, who died last month, and a bizarre moment when a woman suddenly collapsed toward the front. The crowd parted, many hands helped her outside, and the band filled in the time with a brief impromptu pass at Johnny Preston’s “Running Bear” that transmuted into a smashingly punky “Susannah’s Still Alive.” It was a dazzlingly weird moment that galvanized us. 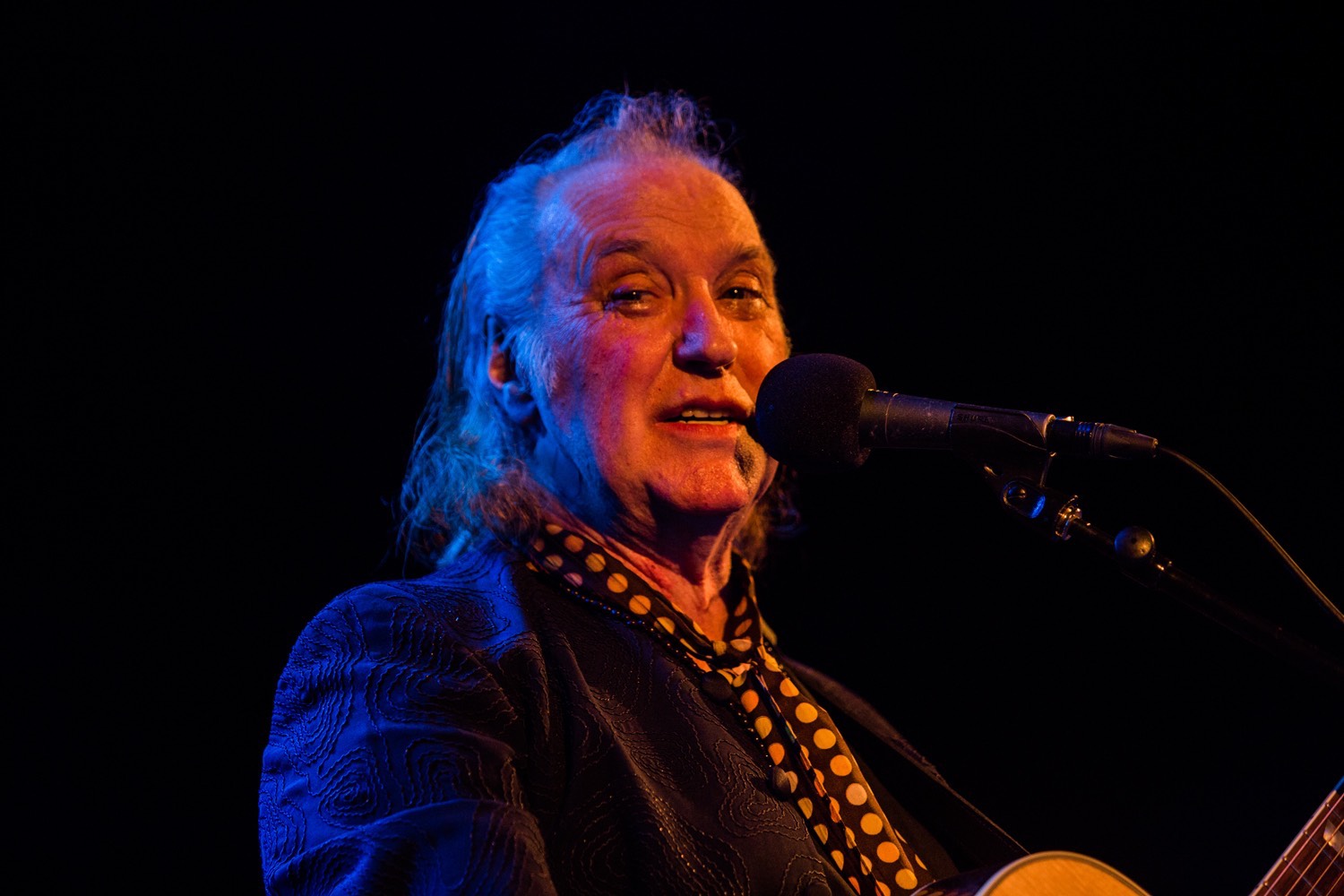 Davies then decided to take requests then said he’d forgotten how to do “Lola” once the general babble of song titles went up, eventually settling on “Love Me til the Sun Shines.” He paid touching respect to brother Ray with a tender, heart-stopping rendition of “Young and Innocent Days” from Arthur. The two young ladies next to me were enraptured and a fellow to my right choked back a sob. “That’s OK,” his companion muttered, “You were having a moment.”

“God save Dave Davies!” a brother toasted from near the front of the house. “Whatever he said,” agreed brother Dave. Some wiseass from the crowd sauntered across the stage and did the world’s slowest dive from the lip before the band leaned into “Dead End Street” and the crowd bellowed the words back lustily. “Death of a Clown” turned into a general booze-up singalong and I saw gladsome tears pretty much everywhere I looked.

Davies clearly reveled in being the frontman, running this beautifully shambolic set like a genially offhand version of his brother, right down to the ad-libbed banter and occasional bursts of showbizzy balletic grace. Ray would mock-demand we have a good time but Dave merely kept asking us with mock-concern if we were.

The star, who just turned 71, finally exited with regrets, only to reemerge with a blistering wide-awake take on the protopunk anthem “I’m Not Like Everybody Else.” The set closed with “You Really Got Me,” only the oldest, most durable song in the entire canon of classic rock. It all went by in a series of elegantly timed blasts and I drifted out, crossed Sunset and legged it downhill, as happy as a man who’d just seen half his favorite band can be.