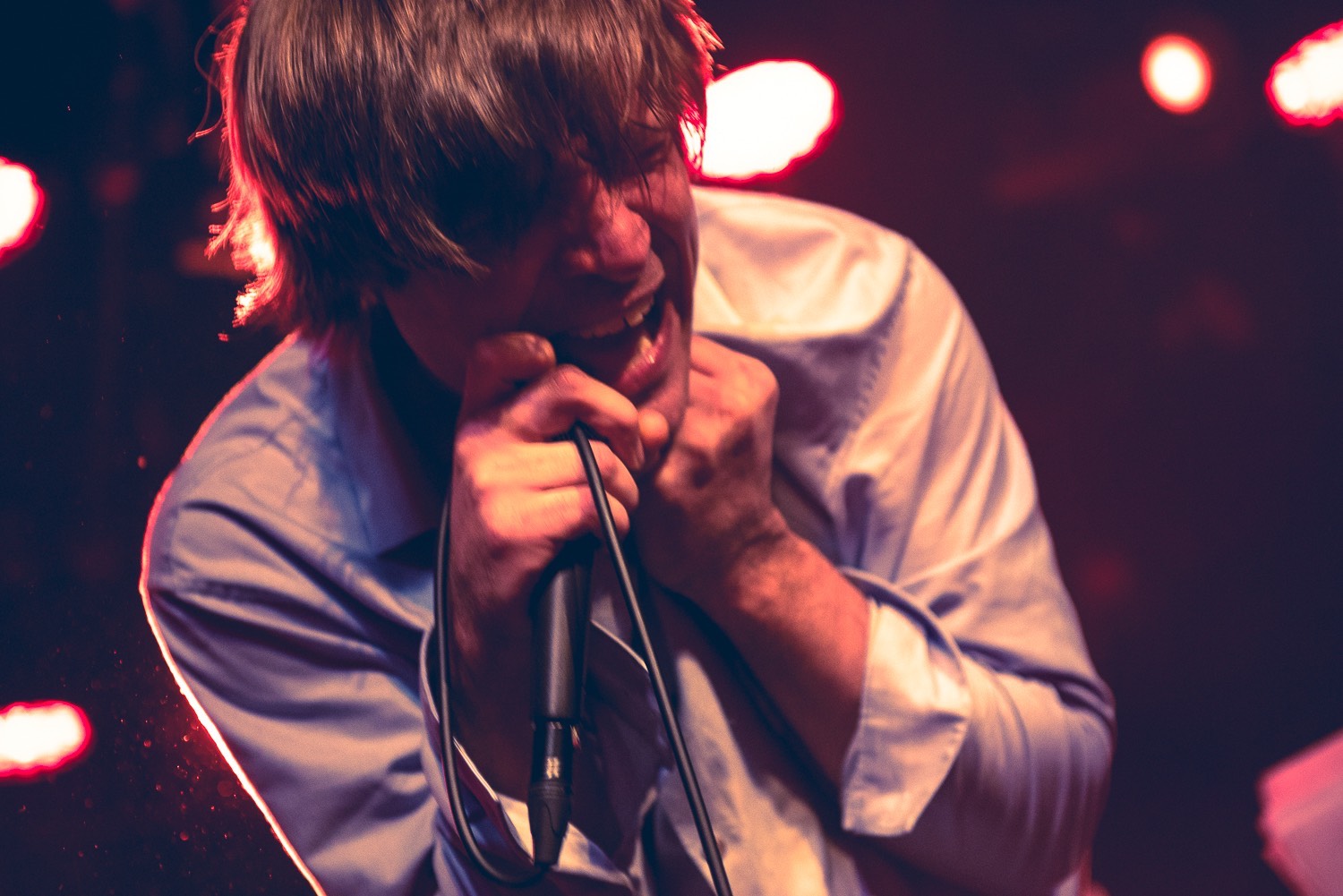 Photos and words by Stephanie Port

“Synth-pop retrofuturist” John Maus graced LA with a sold out show at The Teragram Ballroom last night. Maus is currently touring in support of his latest studio effort Screen Memories, released in October 2017 and his first since 2011’s We Must Become the Pitiless Censors of Ourselves. In addition to a show in San Diego the night before, this was Maus’ first appearance in SoCal since his set at Desert Daze last Fall. The emotive singer’s avant-pop beats, intermittent screams, and intense physical expressions had us jumping, dancing, and locked in to his every word and hair thrash.

Please read our recent interview with the man himself here.

Local LA indie group Holy Shit opened the night, but not without some hiccups. The band’s drummer Philip (as we were instructed to chant while the band anxiously waited for him) was a no-show. Maus’ drummer sat in to save the set.