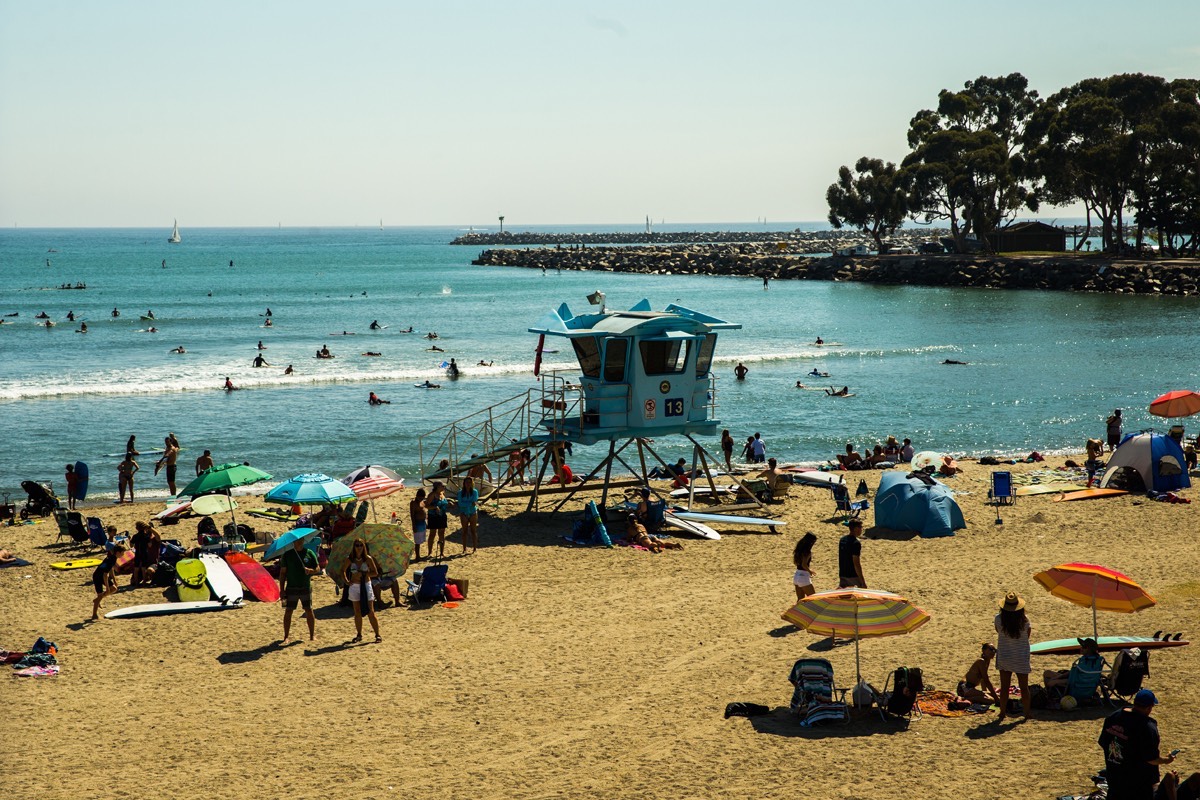 In its second year (and as an expanded three day affair), Ohana Fest found its groove to bring together musical artists from all over the globe onto the picturesque Doheny State Beach.

The focus on surf culture and beach conservation is a hallmark of the rather intimate, laidback festival, with Eddie Vedder returning once more as the unofficial Master of Ceremonies for the weekend.

As last year, Ohana Fest packed in plenty of surprises and appearances by the Pearl Jam frontman in advance of his headlining set. Vedder sang alongside Social Distortion’s frontman, Mike Ness, on the band’s classic, “Ball and Chain,” and even jumped on for a song with admired songwriters like Simon Townshend, Glen Hansard, and Liam Finn.

The most notable, non-Eddie Vedder highlight would be the return of a radiant Fiona Apple to the stage. Apple seemed positively moved when festival goers sang “Happy Birthday” ahead of her powerful, career-spanning set.

Young pranksters like The Orwells and The Frights got bodies moving along with established indie acts like TV on the Radio, The Naked and Famous, and Dr. Dog. Up-and-comers MISSIO proved to be more than ready for bigger stages, while Pixies solidified its status as one of the greatest rock bands ever.