Quicksand do. After 22 years, the hardcore group is releasing a new album Interiors on November 10th. " /> L.A. Record
Menu

QUICKSAND + NO JOY @ THE TERAGRAM BALLROOM 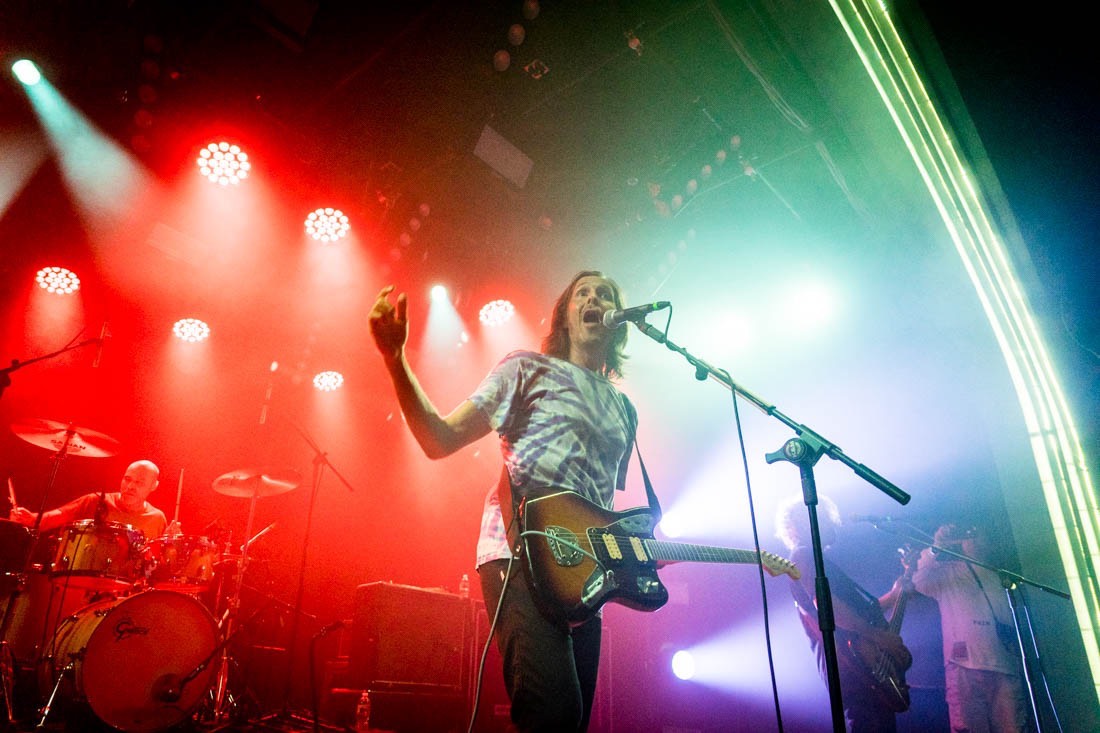 Mainstream success doesn’t win the hearts of diehard music fans. Bands like Quicksand do. After 22 years, the hardcore group is releasing a new album Interiors on November 10th.

Quicksand made a few memorable appearances in 2013 including The Fonda, but this time around at the sold out Teragram Ballroom, we heard a couple new tunes and plenty of old favorites from their massively influential two records, Slip and Manic Compression. Vocalist/guitarist Walter Schreifels, guitarist Tom Capone, drummer Alan Cage and bassist Sergio Vega (still doing double duty with with Deftones) brought out the beast in us all.

Beside the bathroom door, one fan excitedly recounted the band’s entire history to a very polite security guard while another couple, unable to contain themselves, howled like wolves for forty five minutes before Quicksand finally took the stage. Following the droned-out shoegaze of Canadian trio No Joy, who put on a surprisingly shred-heavy set despite their more low-key genre loyalties, Quicksand electrified and mesmerized.