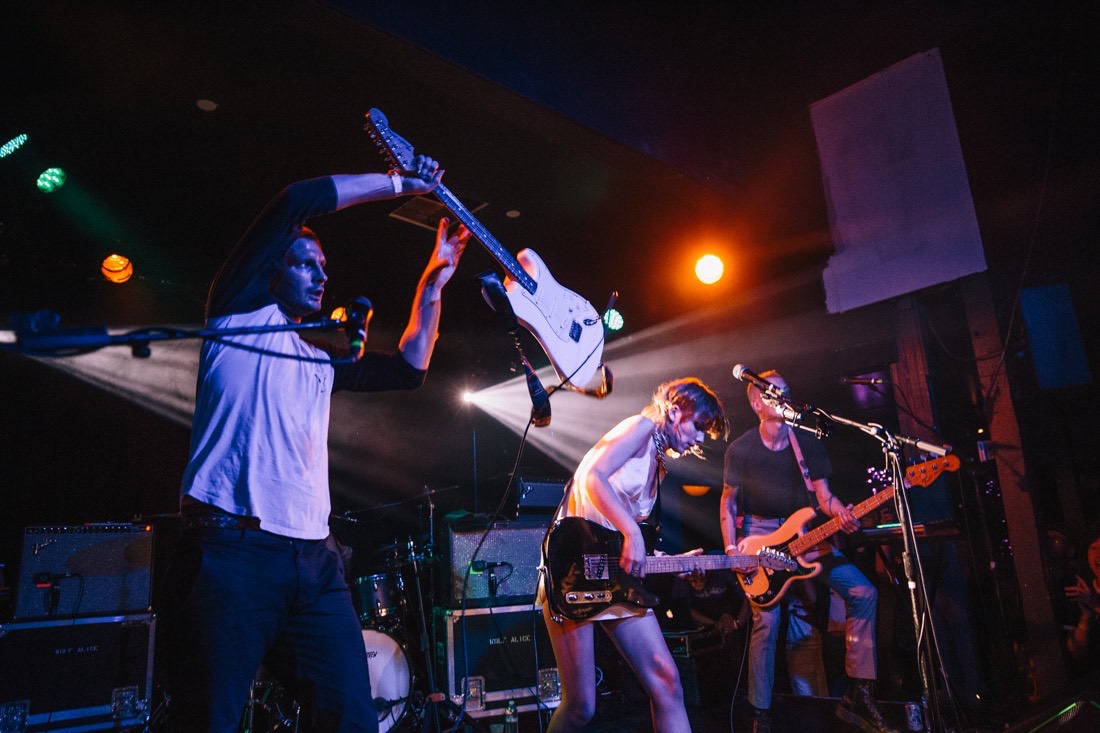 When a band is selling out more than half the shows on their tour, they have definitely ignited a dedicated following. This was no surprise as fans lined up along Sunset Boulevard to catch the final show of Wolf Alice’s 14-date U.S. tour at The Echo. The last time they played at The Fonda, it sold out as well.

As the doors opened, Wolf Alice enthusiasts ran up to the stage to secure a front row view of what would be an impressive, energetic set.

The North London quartet has been making serious waves into the phones and playlists of many with their alt-rock grunge sound, blended with a mix of electronic components. Of course what complements the 90s aesthetic they emit, is the euphonious vocals of frontwoman Ellie Rowsell. 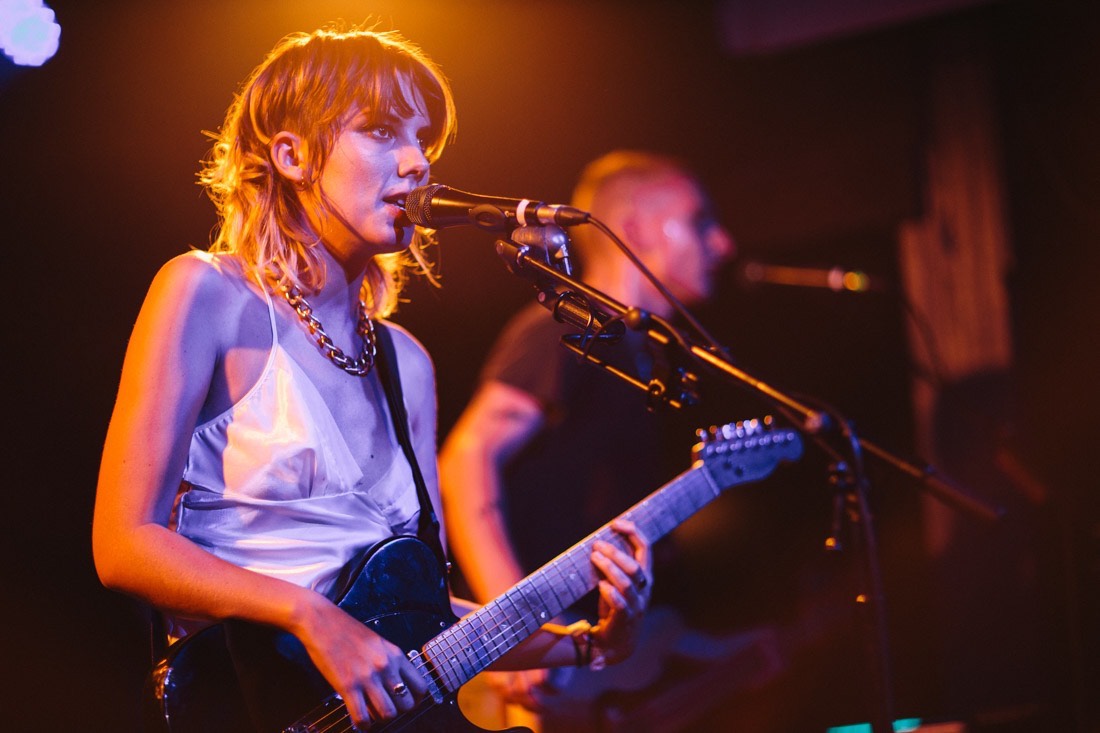 One moment we would be still and allured into Rowsell’s soft vocals. Next, we would find ourselves rocking out with her as she screamed into dual microphones. Guitarist Joff Oddie, bassist Theo Ellis and drummer Joel Amey slammed into their instruments as the momentum of show continued to build throughout the evening.

While the set was primarily comprised of heavy-hitting singles from their 2015 release My Love Is Cool, the band took a moment to shed light on their new material “Yuk Foo” and “Don’t Delete the Kisses” from their forthcoming sophomore album Visions of a Life slated for a late September release. Next time around, they are sure to play a much larger venue.

Up and coming duo Polyplastic supplied the pre Wolf entertainment with their engaging harmonies, catchy guitar riffs and upbeat bass lines accompanied by a retro aesthetic. Z Berg, also known as Elizabeth Anne, kicked off the evening with sultry folk tunes. Berg made jokes at her expense at how odd of an opener she may be for Wolf Alice, but the joke was on her as we were fully entranced by her impressive vocals and soft acoustics.