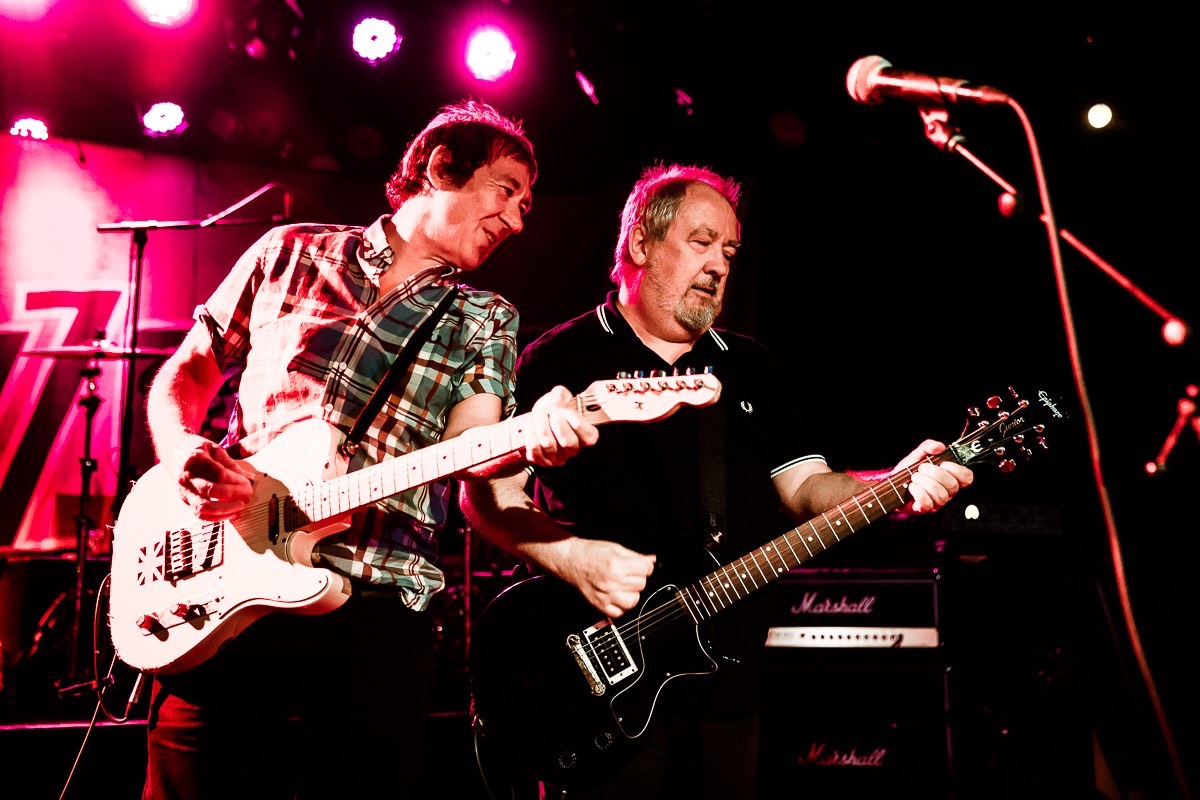 I took up my usual Roxy position to the far right of the stage under the big house speaker, which started to unload “Road Runner” by the Modern Lovers and my irritation at the long wait at the door evaporated before Jonathan Richman’s warmly urgent voice and the car and the turnpike and the radio on. I began to pogo while scribbling notes and some others began vertically bouncing too.

The wait was short for the Buzzcocks and the curtain went sharply up for one of the last and arguably the greatest first wave U.K. punk act. The people were primed for a brisk and flashy rundown of greatest hits and that’s exactly what they got. Though heavy with years, original members Pete Shelley and Steve Diggle retain a large measure of their impishly snotty 1977 charm and soon had the crowd jerking up and howling. Songs like “Boredom,” “Noise Annoys” and “I Don’t Mind” are oft-dismissed by smartypants critics as adolescent bubblegum angst but who can doubt the universal applicability of “Orgasm Addict” or “Why Can’t I Touch It?” No one here, bubba. 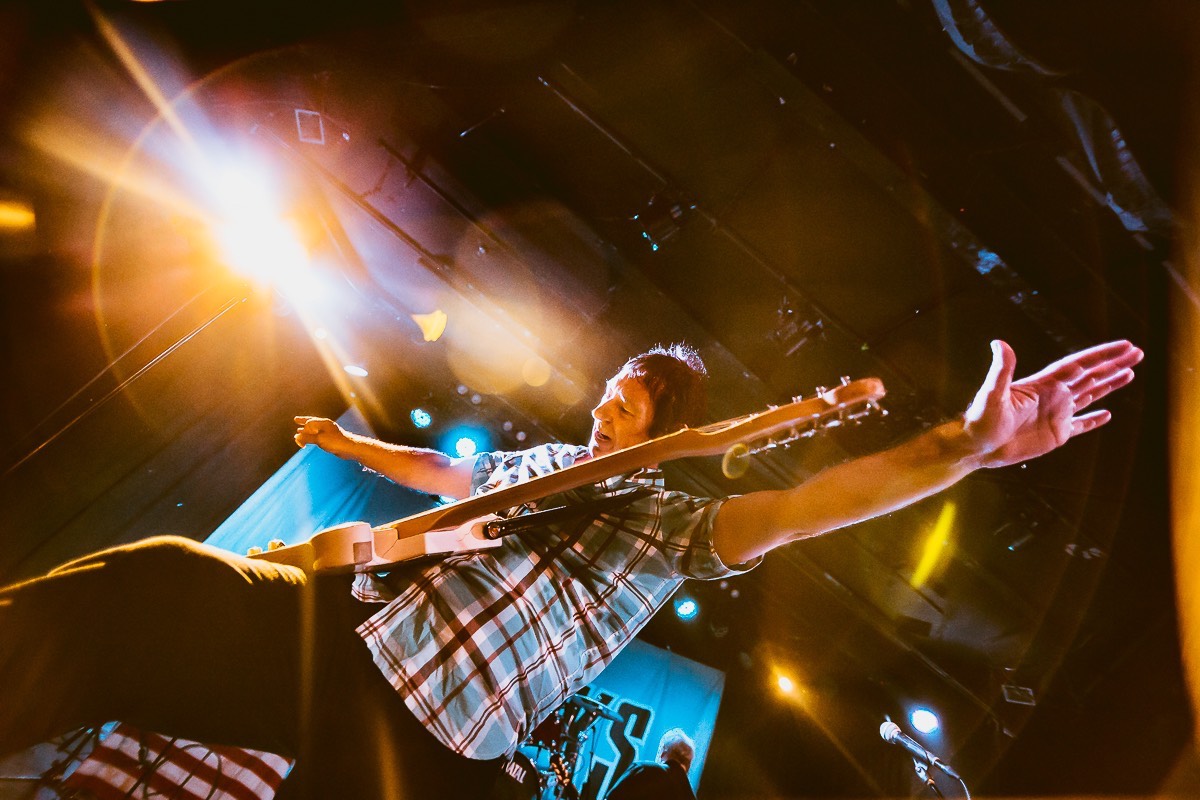 This was only my third Buzzcocks show but most around me acted like veterans of many more as they grinned, hooted, stomped, and shook it like payday. There was a great deal of studied offhand cool and ironic punky posing out of the band, right up to when they laid “What Do I Get?” to rest. Big chords, cheeky posing, immense cheers and then the curtain dropped. It stayed down while a pretty, spectacularly tattooed new acquaintance and I exchanged ntes on what they’d reserved for an encore. We’d agreed on “Ever Fallen in Love (With Someone)” and a second later, the scrim rose on a final frantic blast of elegant abandon before dropping again. Then we all withdrew with the same elegant panache as we entered, only slightly more sweaty and disheveled.

Setlist:
Boredom
Fast Cars
Fiction Romance
Orgasm Addict
Whatever Happened To…?
Autonomy
Get On Our Own
Why She’s A Girl From The Chainstore
Isolation
Why Can’t I Touch It?
I Don’t Mind
Mad Mad Judy
Sick City Sometimes
Nothing Left
Something’s Gone Wrong Again
Noise Annoys
You Say You Don’t Love Me
Love You More
Promises
What Do I Get?

Encore:
Harmony In My Head
Ever Fallen in Love (With Someone You Shouldn’t’ve)