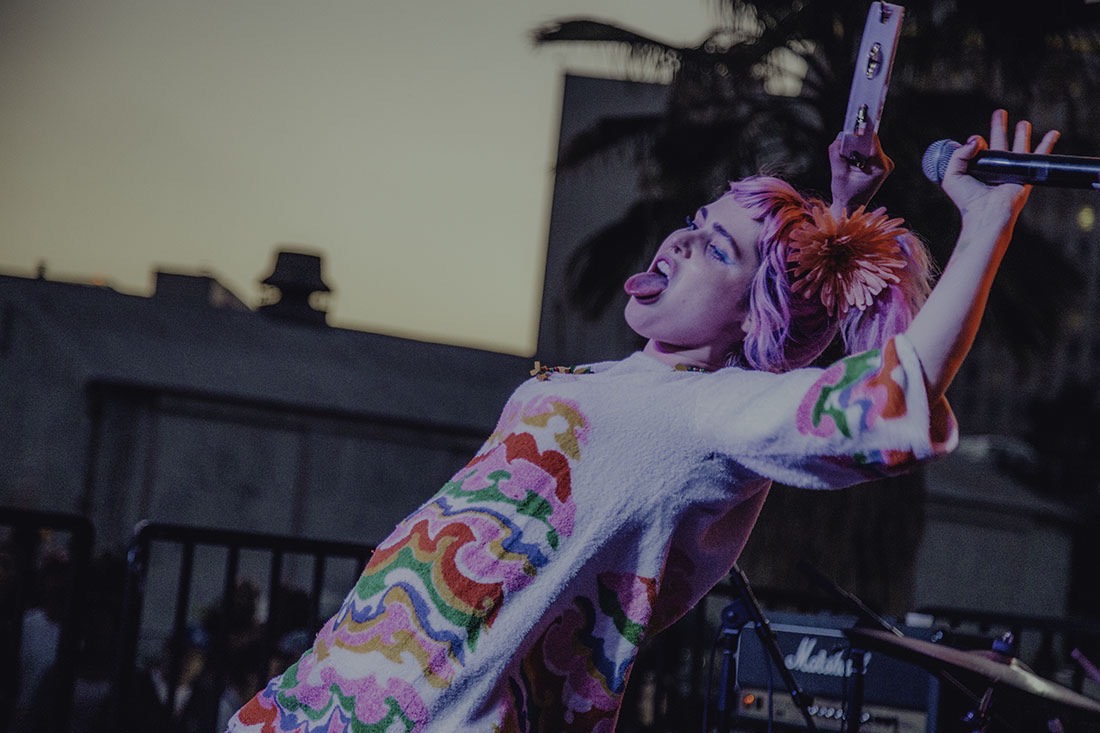 It was a wild time for those who attended The Geffen Contemporary at MOCA. You can add MOCA Music to your summer list of free shows with this one nestled in Little Tokyo. Young fans lined up early to be near the stage for Surf Curse, Tacocat, and Starcrawler. 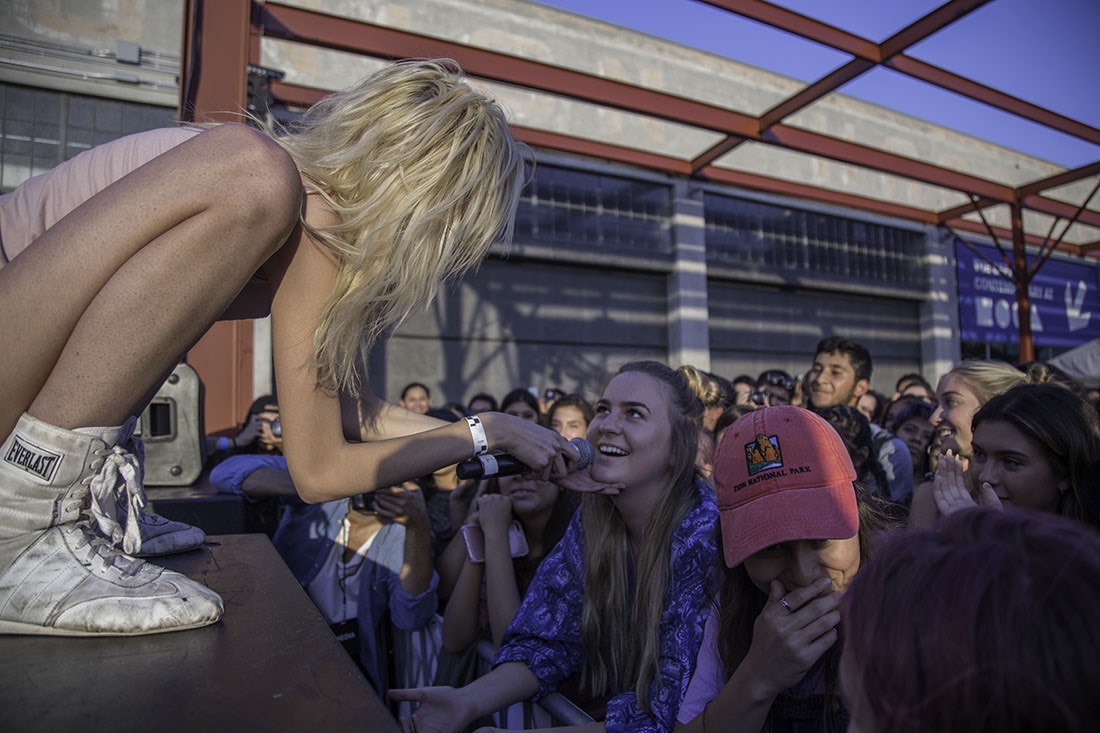 If you have been around the live music scene lately, you should now be familiar with Starcrawler, who immediately attracted us when lead singer Arrow de Wilde was carried on to the stage wearing a hospital gown and under her gown, silver sequin underwear. As they started off with the hit “Ants,” we were awed with de Wilde’s energy and rebellious look.

de Wilde was all over the stage catching everyone’s attention from her seditious performance – jumping around, erotic/crazed gestures, spitting at the crowd with fake blood, and in the end jumped off the stage, ran through the crowd screaming and starting a mosh pit with guitarist Henri Cash. Even if the crowd didn’t know any of the songs they played, they still put up an outstanding show and left us full of adrenaline for the next band, Tacocat. 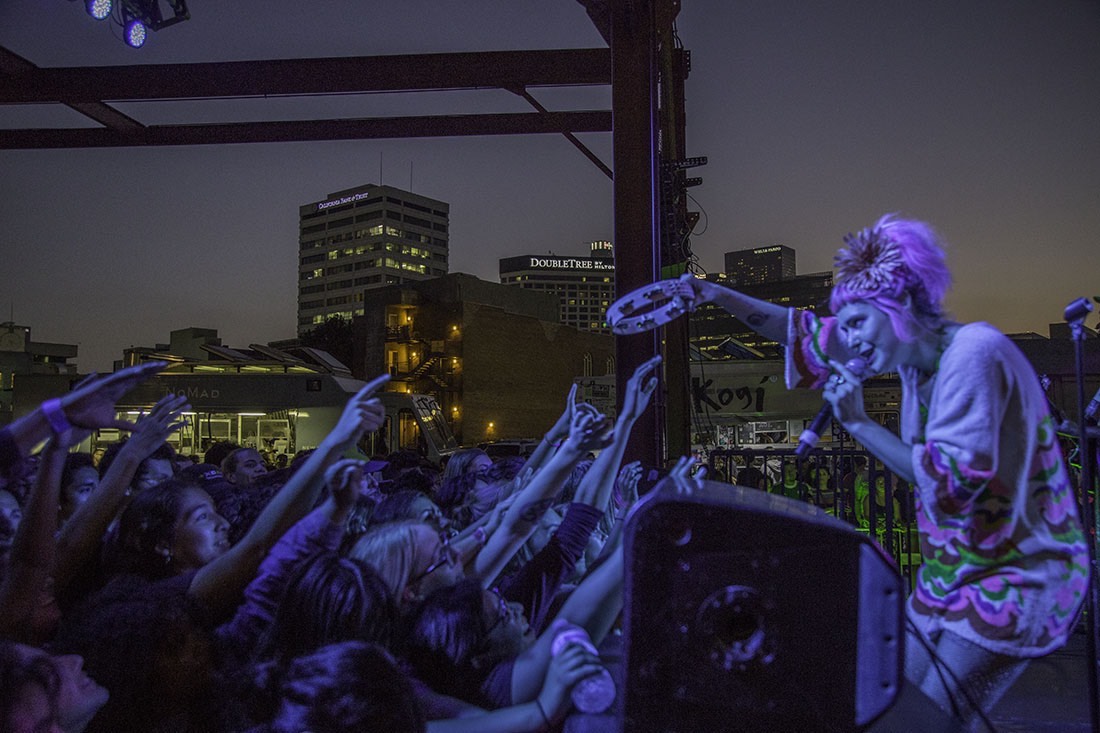 The pop punk rock quartet from Seattle, Tacocat, appeared quite impressed with the crowd’s feedback. The band shared their concern for the safety of fans as crowd surfers and fans in the front smashed into each other.

Tacocat’s songs all had a background of their life experiences that every female can relate to. From breakups, to periods, high school drama, street harassment, politics, and formed it to an art with humorous metaphors and uplifting riffs to dance around. Tacocat had preheated the show for the band everyone was waiting for – Surf Curse. 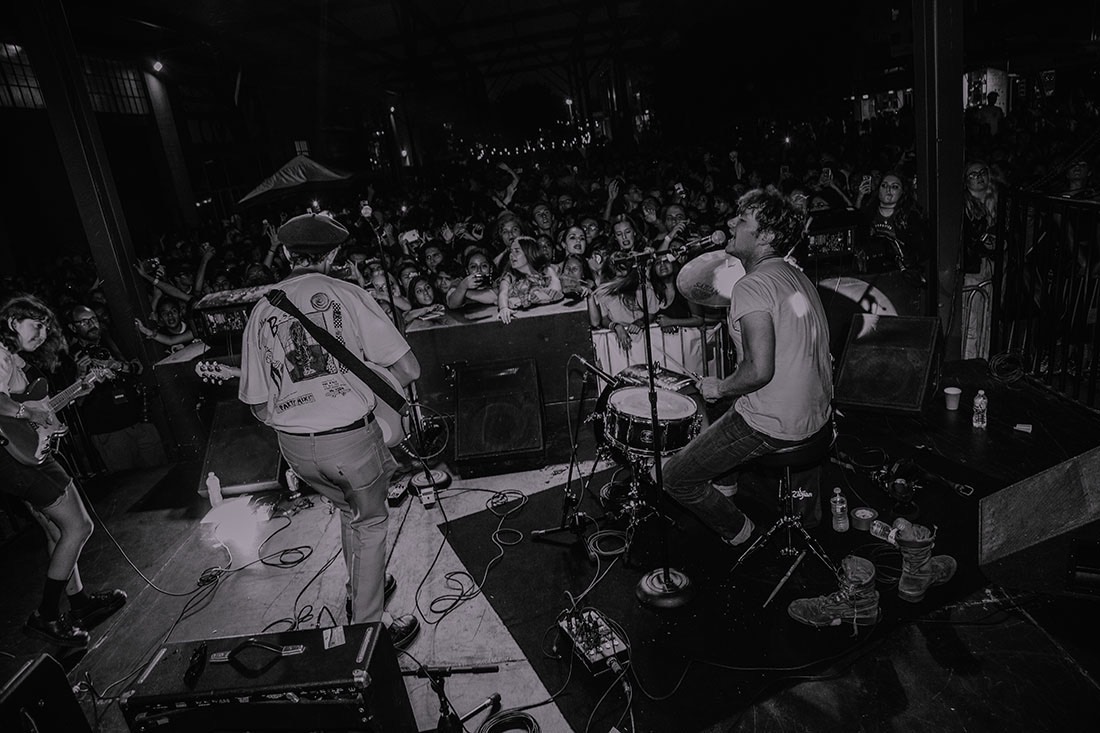 As soon as Nicholas Rattigan hopped up on stage to set up his drum set, everyone pushed each other towards the stage. Rattigan’s partner-in-crime Jacob Rubeck along with their good friend Lauren kicked off the set with “Christine F” from Surf Curse’s latest creation Nothing Yet. Mosh pits started to form, crowd surfers came up towards the stage, everyone sang their hearts out and the barricade wasn’t enough to hold the sweaty fans from all their excitement.

Surf Curse has never failed to open the joyous spirit in every adolescent’s heart with their music.